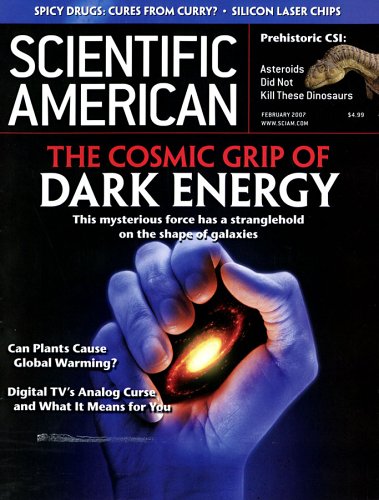 Effective World Government Will Be Needed to Stave Off Climate Catastrophe

The gigantic issue of man-made ‘climate altering’ along with the difficult and complex issue of human health and disease, has given the Mattoids behind high finance the two greatest arenas for sinking Mammon’s teeth into everybody’s pliable belief systems and pocketbooks.

Scientism is my favorite topic; The examples are legion of how manipulation by the powers of international finance took over truth by twisting honest scientific research data to suit the Luciferian Pincers agenda enslaving what’s left of humanity.

And, oh-boy, have we simpletons lapped it up!

The two pincers of Mammon are: 1. Earthly Kingdom beliefs substituted for a not of this world spiritual Kingdom and 2. Humanism over any Divine Creation concept. The foundation of Humanism is chance evolution theory used to control and manipulate biological science.

Scientism is distinguished from genuine scientific learning, and implies exactly what it has proved to be: a monster tool for manipulating people who do not use critical thinking.

There is a feature story in the March 17 issue of Scientific American, a pretentious magazine that is so bad as a “scientific” publication, I dropped my subscription without regret about 10 years ago, along with that other pretender Discover magazine.

In this example, (linked below), which has been singled out by others as well, the emotionally charged global warming issue gets an end-result speculation of the worst Global Big Brother kind. There is virtually no science data support for the geopolitical theme of the propaganda piece.

While the great manmade/carbon global warming issue has been exposed and is getting a good deal of critical attention the evolution/biology agenda that supports worldwide healthcare politics rolls along virtually unchallenged by millions who are in the thrall of Scientism.

In this feature I offer proof positive for my thesis.

Combating the denizens of big pharma and evolution/biology for the past 40 years has honed my edges. I see humanities destruction shrewdly sewn where reliable information should be harvested.

Scientism slithers through and around selected research data to come up with reports to fulfill a hateful agenda.

We have yet to feel the full brunt of the carbon/climate games and alleged weather control that have formed on the horizon, but we have already experienced the mass murder and deceit inherent in our ‘health’ establishments—All as a result of Scientism instead of Science, with only a few the wiser—the world over.

The clearest example of failed science succumbing to the profit dictates of scientism is in our culture’s dealings with the tasty and vital nutrient everybody knows as fat.

As the corporate powers were moving to dominate the way people eat and drink back in the early 1900s (yes they had just enough knowledge to give it a try) A flawed thesis was developed about the illusory nature of blood and fat in human and animal metabolism.

The biochemistry of nutritional fats is complex, and new facts pop up virtually every day. Of course, thanks to the trumpets of scientism “everybody knows about bad saturated fat—though only the chemist/biologist knows what “saturated” means in this sense. (this kind of factual detail is not needed by scientism’s PR people; who cares about truth when you are leading dummies around by the nose-ring).

For the truly interested, there is a good book available from which most of my data derived, decades ago—Know Your Fats, by Dr. Mary Enig. (Available at Amazon.com. Check Mary’s personal details at Wikipedia, notice the left handed comments about her scientific work.) The establishment still denigrates her.

Mary and I go way back. Her first genuine public exposure came from interviews over Radio Free America and articles in the old Spotlight.

When we first met, I already had a solid education on the trans fat scam, going back to my entry into the health nut world in 1966. I was educated by many outstanding scientific thinkers who had the balls to defy Scientism and it’s bureaucratic minions.

When it came to the vegetable oil monopoly and unnatural trans fats made by partial hydrogenation processes; few may be considered more expert than Canada’s John Tobe, who attacked the deleterious molecules back in the 1950s.

Even the establishment’s premier scientific expert Dr. Ralph Holman of Hormel Institute in Minnesota opposed hydrogenated oils prior to 1960.

All the facts needed to condemn Scientism for the deliberate destruction of millions of lives is available in Mary’s book, which my company sold successfully in its original run.

Mary’s book documents it all. I remember during our first interviews how she said the food industry was very upset with her research papers.

Scientism is the lifeblood of great untruth devoured by silly mortals who reject deeper thought. Isn’t public relations wonderful, thank you Edward Louis Bernie; I’ve fallen under its spell myself much of my life.

Although biological science is just now learning some of the intricacies of cholesterol metabolism, the unchecked false hypothesis glommed up by Scientism for investment and profit purposes birthed the gigantic heart disease ‘market’ which has competed with the scientism behind cancer throughout our lifetimes.

I can’t wait for the breathless proclamation that “we” have found a vaccine for heart disease, because vaccines have become the King of Scientism scamming. (sarcasm if you don’t know).

They are condemned by their own words.

Trans fat arrived on the scene in a big way back in 1911 when Proctor & Gamble introduced Crisco, made from cheap, cheap, cheap cottonseed oil, which did not serve bakers well at all without a chemical gimmick called partial hydrogenation.

I proudly say that as a journalist I was the first on the scene to report this huge Scientism scam; and I have been on the story like a bulldog on steroids since I first associated with the National Health Federation back in 1966.

A number of genuine scientists were already howling about the evil of “partial hydrogenation” way back then, but the arrogant agenda for health destruction was already entrenched in our fascist system.

Had truth in food science existed, even a little, millions of lives (not an exaggeration) may have been saved from chronic and metabolic disease and trillions of dollars preserved for more responsible uses.

In the trans fat story, we have concrete example number fifty that Science is merely a prop for the chicanery of manipulative Scientism. Not one in a thousand knows what the hell a “trans fat is” but most zombies in the pastry isles would say they know it’s bad for one’s health.

Trans fats, are chemically manipulated vegetable fats needed to replace the perfectly healthy ‘animal fats (lard, butter and tallow) in commercial cooking and baking. Just think about the myriad packaged foods—cookies, cupcakes, donuts, breads etc. that have a thing called ‘shelf life’ in the supermarket culture. It would not be so successful without trans fats, which extend shelf life but diminish human life.

The food industry Mattoids knew about, but did not care about deleterious effects on the consumers, who ignorantly glommed the products day and night generating gigantic businesses from supermarkets to hospitals.

The Scientism juggernaut deliberately and savagely demonized “animal” fats to build the massive ‘edible oil market’ for much of our last century. They were remarkably successful with the big lie. We may never be able to calculate the deaths and disorders directly caused by trans fat lying, but it surely ranks with drug deaths—Into the millions.

Honest Science, despite the pressures from Scientism managed to list the side effects from trans fats to not only heart disease and cancer, but diabetes, low birth weight, immune dysfunction and obesity. There was more recent research published in the journal Neurology stating that trans molecules caused brain shrinkage.

The dutiful minions among the ists of Scientism managed to protect the industry from the truth, and FDA label regulations for about 40 years as millions munched toward degeneration in ignorance.

The Cigarette industry got nailed, but they did not have the fascist clout of scientism on their side. Mary’s book documents and explains the whole scam very well.

And the article from C&EN nails the coffin.

Did the Mattoids know what they had from the beginning? They weren’t that smart, but they are that evil. Who ever heard of reaping immense wealth from human misery?