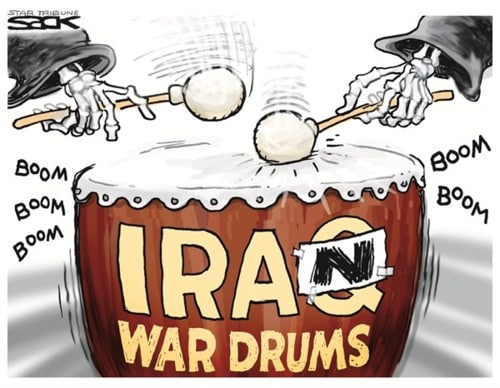 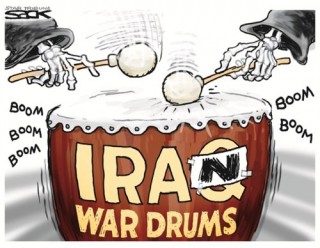 Truth is the most valuable thing we have, so I try to conserve it. —Mark Twain

They lie and they know it! Show them the wisdom of Georg Christoph Lichtenberg: “The most dangerous untruths are truths moderately distorted.”

On March 6, Mitt Romney wrote: “The same Islamic fanatics who took our diplomats hostage are racing to build a nuclear bomb.”

He lied and he should know it! Romney is an expert at ignoring what Aristotle warned against: “The least initial deviation from the truth is multiplied later a thousand fold.”

Benjamin Netanyahu told a crowd of thousands at a March 5 AIPAC meeting: “My friends, Israel has waited and waited for the international community to resolve this issue. We’ve waited for diplomacy to work. We’ve waited for sanctions to work. None of us can afford to wait much longer. As prime minister of Israel, I will never let my people live in the shadow of annihilation.”

A typical snake-oil salesman, this fear-monger is a sociopathic liar! The Russians have a perfect proverb for Netanyahu: “With lies you may get ahead in the world – but you can never go back.”

Repeatedly the intelligence community has reported that Iran is not engaged in a nuclear weapons program.

Can the truth from those who know be clearer? Say it again.  Say it aloud: Iran is not engaged in a nuclear weapons program.

The chicken-hawks in Israel’s Likud Party and in AIPAC and in the Republican Party, who want you to believe the lie, have no valid evidence to support that lie.

Challenge them. Some will tell you that Ahmdinejad said that “Israel should be wiped off the map.”

That is a mistranslation – a lie.

Professor Juan Cole explained that in the 1980s Khomeini gave a speech in which he said “in Persian ‘Een rezhim-i eshghalgar-i Quds bayad az sahneh-i ruzgar mahv shaved.’ This means, “This occupation regime over Jerusalem must vanish from the arena of time.”

Those who know the truth have been ignored by those who want to believe or spread the lie to get the world into another war at the behest of Israel and its supporters.

Congresswoman Michele Bachman expanded the lie by claiming that Ahmedinejad “would use a nuclear weapon to wipe Israel off the face of the Earth.” Bachman has made five trips to Israel.

Even President Obama distorted the truth when he addressed the UN in September, saying, “Israel, a small country of less than eight million people, looks out at a world where leaders of much larger nations threaten to wipe it off of the map.”

To continue accepting the lies of those who have nothing but war and destruction in mind is self defeating. There are already more than a million deaths from 10-year wars in Iraq and Afghanistan.

These lie-based wars have already bankrupted America and will engender more death and disaster. How many families of those killed by Americans will seek an opportunity for revenge?

Our wars do nothing but invite more death and destruction. How unfortunate it is that this needs to be repeated, but repetition is essential until the message sinks in.

Challenge the lies.  Insist on the truth. Mark Twain wrote “Truth is stranger than fiction, but it is because Fiction is obliged to stick to possibilities; Truth isn’t.”

When Netanyahu says, “I will never let my people live in the shadow of annihilation,” he is selling` a work of fiction based entirely on the possibility that Iran may someday develop a nuclear weapon.

What truth is stranger than fiction?  Israel, with 200 – 300 nuclear bombs, feels threatened with annihilation by countries that don’t have a single atomic weapon.

“Politics have to be based on Facts and Not Fiction”

2009 — RT interviews German journalist Jurgen Elsaesser, author of the book “Iran: facts against Western propaganda”. He thinks Tehran has every right to produce nuclear energy. And fears that “extremist Israeli government could provoke war with Iran at any time”.