Home Government The ‘Trick Question’ of Standing Before Our Courts 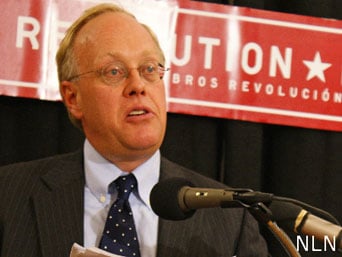 Long ago, as our corporate fascism was beginning to more boldly expose itself and I was a member of the head-up-ass gang, I learned about this thing called “standing”, which is part and parcel of our notoriously “fixed” Masonic judicial system.

I exaggerate, when the incident that rocked me into greater awareness occurred, I was already a member of Liberty Lobby, thus no longer asleep at the wheel.

That isn’t important, but this question of standing that today stares the Internet in the face with the Chris Hedges hearing before a Federal Judge in New York, is so serious that it already has precedent set (badly, of course).

What kind of Constitutional Republic fascist dictatorship have we inherited when a guy sees a bad law that could destroy him get passed by crooks in the myrmidon Congress, then signed by the programmed president, and wants to prevent his destruction by taking it to court, and might not be able to do anything?

The Immaculate they have been chomping our beautiful apple from God for a long time, perhaps nibbling is a better descriptive verbal. When those brilliant Mattoid masons put our Constitutional Republic together, `the fix’ was already in.

Back about 1979 or so, a case in Texas made news, such as it was, and caused my blood to boil. A father and son wanted to sue the bleep outta government crooks; They had a good case on its face, as we all would in such instances of fascist bleeps and cronyism, but I was astounded to read that the court said they had no “standing” and could not sue!

They were in business, they were citizens and taxpayers, so I ignorantly ranted, “What the bleep is this!?”

How could thriving respectable people have no standing before the court they bleeping pay for?

I was so naive, didn’t know we were subjects not citizens.

I asked my son, who endured the mind bleep that is law school and bar exam (he won’t practice the evil profession, though he jumped thru all the hoops) to explain it to me. He got totally pissed and put the following together at one sitting as I nagged him to hurry it up:

The remainder of this piece is written by him, with his knickers in a twit:

As many readers know, the detention provisions of the National Defense Authorization Act signed by President Obama on New Year’s Eve, 2011 rankled many liberty loving Americans. The mainstream media barely mentioned it; crickets, too, by the overpaid blowhards on the right and the war-lobby left. Where was the darling of the tea party right, Sarah Palin? After all, it wasn’t so long ago, she dubbed then candidate Obama as the guy who “pals around with terrorists.” Now, this President who palled around with Bill Ayers has the sole power to indefinitely detain any American deemed working with terrorists? (I love all the deeming, don’t you—tv)

Activity on VT and other sites buzzed with anger. Rightly so. As VT readers know, whistleblower Lindauer went through hell under G. W. Bush’s Patriot Act (A Dangerous Woman – Swallowed Whole by Patriot Act). The President who promised to restore civil liberty deprivations under GW Bush one-upped W with the NDAA.

While I applaud Congressman Paul’s fast effort to repeal this odious provision, how likely is it that the same body that passed it will now repeal it? I’m not holding my breath, but, we should all support Congressman Paul’s bill. Let’s fantasize for a moment—having Congress and the President repeal detention would be the cleanest way to deal with this. Life doesn’t work that way, unfortunately.

The man on the street often says “I’m taking my case to the Supreme court.” Americans were brainwashed into thinking that the “law” stood above the whims of bureaucrats, politicians and crony capitalists; that any man, no matter his status, had individual rights and could have his rights enforced in a neutral setting where a judge would set things right. Our forefathers left Europe for this reason, right?

Not so fast. A doctrine known as “standing” often prevents us from having “our day in court.” Without getting too technical on how standing developed and how it’s been used to block legitimate citizen efforts to thwart nanny state government and power grabs, it was mildly refreshing to know that a Federal District Court Judge actually allowed a hearing on whether Chris Hedges (and other plaintiffs) have standing.

Read the notes—and you’ll see the creepy arguments put forth by the government—how easily it could be for a journalist to be ensnared by detention. Remember, Lindsay Graham’s evil rant on video?

Where was the mainstream media? No where. There should have been hundreds of thousands of people in the streets of Manhattan, screaming “hear Hedges suit!”

In the past, taxpayers who bitched about unconstitutional taxes were told “you have no standing” (Frothingham_v._Mellon–Frothingham v. Mellon and Massachusetts v. Mellon, 262 U.S. 447 (1923), were two consolidated cases decided by the Supreme Court of the United States in which the court rejected the concept of taxpayer standing.

The plaintiffs in the cases, Frothingham and Massachusetts, sought to prevent certain federal government expenditures which they considered to violate the Tenth Amendment. The court rejected the suits on the basis that neither plaintiff suffered particularized harm, writing:

We have no power per se to review and annul acts of Congress on the ground that they are unconstitutional. The question may be considered only when the justification for some direct injury suffered or threatened, presenting a justiciable issue, is made to rest upon such an act…

The party who invokes the power must be able to show not only that the statute is invalid but that he has sustained or is immediately in danger of sustaining some direct injury as the result of its enforcement, and not merely that he suffers in some indefinite way in common with people generally.

Back to the old man—Seems to me that Hedges and crew meet all that, but does anything “they” invent leave us with one chance in hell?

Vigilantes saved San Francisco from this crap in 1850.