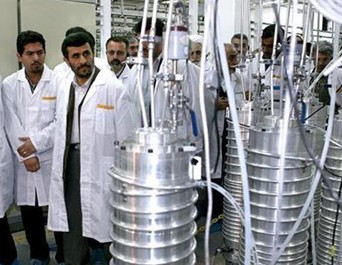 To Run a Publication Like VT Takes A Mix of Talents, Both Young and Old 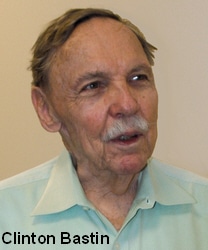 Clinton Bastin is a WWII Marine. After graduating from Georgia tech with a chemical engineering degree he had a long distinguished career with the Dept. of Energy, over 40 years.

He started out at the US Atomic Energy Commission directing programs for production of  nuclear materials and nuclear components for weapons from 1955 through 1971 and was a consultant to US national security agencies on nuclear weapon threats in other nations from 1972 through 1996.

I was fortunate to find him right here in Atlanta, a luck of the draw.  He has been a great help in filling us in on not only the Cold War era, but gave us a lot of insight into the bogus Iran nuclear threat which he debunked in spades.

This included consulting the President, the FBI’s WMD section, and Israel’s Prime Minister.

The New York Times has published some of his letters to the editor on the Iran nuke alleged threat. A man with his platinum resume who says all the hypemeisters are wrong is not loved in many circles.

We found it odd that all of the major media people you would expect to be beating his door down for interviews were not. That is what is called an anomaly in the Intel biz. And many of those are found not only in what people do that has a whiff to it, but what they don’t do.

How good is he? I will let you decide. Here are some of his qualifications from a very good interview we published in March. Parts of it are shocking.

He was also involved in the diplomatic side of U.S. international nuclear efforts, and he was president of the Federal Employees Union at the Department of Energy headquarters.

Upon his retirement, Bastin was recognized by the DOE in a Distinguished Career Service Award, as the U.S. authority on reprocessing and initiator of total quality management and partnering agreements.

Clinton has been a passionate critic of the Department of Energy, one of the main issues being having it run by academics instead of engineers who had the actual experience in running operations and all the complex problems involved.

I share a chemical engineering background with Clinton, albeit one that would fit in a thimble. But it did help me follow the complexities of enriching uranium to bomb use levels, and then a whole different set of complexities for building them, and a third in mounting them in a delivery system.

One bad move and you can blow a place up…a big place. And accidents have happened, overseas and here, but fortunately not the ones that go bang.

Below is his latest message in a bottle with copies to all those who are supposed to get them. So we are happy to share with you what a man who has been there and done that feels about Iran as a nuclear threat.

You might want to ask yourself why so many smart and informed people, who know better, are pushing this threat. Who benefits from the hype? 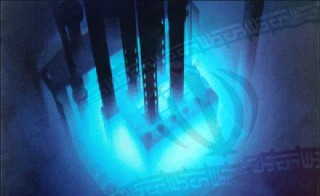 Israel’s defense minister Ehud Barak’s discussions with CNN’s Fareed Zakaria this morning reflect lack of understanding of nuclear weapons and the technology for their production and the importance of nuclear power and medical isotopes.

Please share the following information with Mr. Barak, other members of your cabinet and others.

Iran would not sacrifice its multi-billion dollar nuclear programs and risk a military attack for the dubious possibility of having a one kiloton yield, gun-type nuclear weapon many years from now.

Claims of a weapon threat from Iran’s fully safeguarded nuclear programs result from lack of understanding by US and IAEA officials and others of the technology for  production of  nuclear weapons.

The claims also reflect lack of appreciation of the need for nuclear power for transition from overuse of oil and other fossil fuels and radioactive isotopes for medicine, chemical development, agriculture and other industries.  The history of Iran’s plans for nuclear power since 1970 justifies the decision not to rely on other nations for slightly enriched uranium.

Iran’s plan for nuclear power began when its then ally the United States lost the ability to  recover enough oil to meet its demands.  Iran Shah Reza Pahlavi and US President Richard Nixon recognized that world ability to meet world demands would be lost within a few decades unless there was a major transition from overuse of oil.  Both declared national commitments to efficient use of nuclear materials for energy.

Iran signed the Nonproliferation Treaty and ordered five large nuclear power plants from US companies.  The US Department of State promised to supply reprocessing technology needed for efficient use of nuclear materials and disposal of highly radioactive wastes.

The 1979 Islamic Revolution interrupted Iran’s plan for nuclear power but not recognition of its need.  Russia finished construction of the 1000 megawatt light water reactor at Bushehr in 2011 and plans to build two more.  Cost of , and Bushehr-1 was three billion dollars. 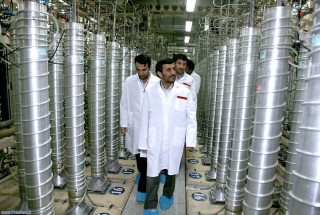 Gas centrifuges can also be used to enrich UF6 to 90% uranium-235, which can be converted to metal, fabricated into two components and assembled with high explosives for a simple, ‘gun-type’ nuclear weapon.

The high explosive equivalent yield for such a weapon for delivery by an  Iranian missile would be about one kiloton.

To make one nuclear weapon, Iran would need to:

*  reconfigure an existing or build a new enrichment facility,

*  develop processes and design and build new facilities to convert the gas to metal, fabricate two fifty-pound components and assemble them with high explosives.

One component would be a cylinder; the other would have a cylindrical cavity.  Detonation of high explosive would propel the cylinder into the cavity, causing the nuclear explosion.  The conversion and fabrication processes are  dangerous because of high potential for a criticality accident.

Assembly of metal components with high explosives for a weapon would be even more dangerous.  An accidental detonation during or after final assembly could result in a nuclear explosion.

High explosive tests being conducted at a military base in Iran are not needed for a gun-type weapon.  The IAEA should correct the claim that the tests indicate a possible nuclear weapon-related activity.

Devastating sanctions and dangerous threats against Iranians based on false claims of a nuclear weapon threat should end and negotiations for full diplomatic relations with Iran should begin.