Home Veterans Paradigm Shift Alert! They CAN keep a secret 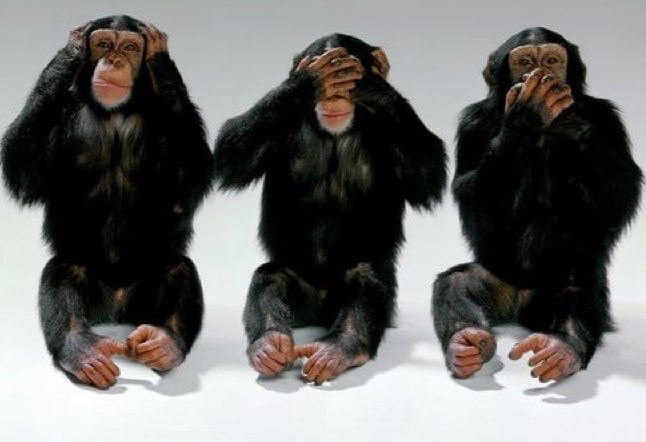 “Dr. Cornellius Cotter, Professor of Political Science at the University of Wisconsin, appeared before a special Senate committee in April, 1973. He remarked: ‘You know, Senator Mathias, it has been said—and, I think wisely so—that if the United States ever developed into a totalitarian state we would not know it. We would not know that it had happened. It would be all so gradual, the ritualism would all be retained as a facade to disguise what had happened. Most people in the United States, in official position, would continue to do the sorts of things that they are doing now. The changes would have all been so subtle although so fundamental that people generally would be unaware.’”  (source)

According to Thomas Kuhn, a paradigm shift happens when the data pokes too many holes in the ideological templates we use to understand the world. Suddenly the old paradigm sinks, and a new one rises to replace it.

In retrospect, we can see that it didn’t happen all at once. The data had been nibbling away at the old paradigm for decades. But the new paradigm couldn’t emerge until the generation of professors who believed in the old paradigm, and couldn’t think outside of its box, had passed from the scene.

Today, most older political scientists (as well as less pretentious political thinkers who don’t call themselves “scientists”) still believe that the Western world is essentially democratic and transparent. Any apparent exceptions to the rule of democracy and transparency are just that: exceptions.

The corollary to this rule is that secrets cannot be kept, therefore any alleged major counter-examples to the rule of democracy and transparency must be dismissed a priori as “conspiracy theories.”

Take the question of whether the US is an electoral democracy. The old paradigm says: “Of course the US is a democracy! Sure, there are a few exceptions – dead people voting in Chicago and so on. But the essence of the way power works here is that the people choose their leaders and thereby exercise control over their own lives.”

Okay, let’s look at some data. Take the history of presidential elections in the post-National Security State era. Truman won in 1948 (and terminated democracy by making the US a National Security State) thanks to the Zionist crime mob, which passed him two million dollars in cash in a suitcase in return for his support of the criminal state of Israel. Kennedy won in 1960 thanks to the Zionist crime mob’s stolen votes in Chicago, and the Johnson crime mob’s theft of votes in Texas. In 1963, the Zionist, Johnson, and CIA crime mobs merged and staged a murderous coup d’état. In 1968, Bobby Kennedy was deprived of the presidency in another de facto coup d’état. Less murderous coups by the Bush CIA-based crime mob removed Nixon in 1973 and Carter in 1980. The Zionist mob overthrew the Bush mob in 1992, and kept its puppet Clinton on a tight leash by “sending” Monica to disable his second term wish to force Israel back to its 1967 borders. Then in 2000 the Bush mob merged with Netanyahu’s extreme-Zionist mob, stole the 2000 election, blew up the World Trade Center in an American Reichstag Fire, and declared a Hitler-style state of emergency that has not yet been terminated. (The 2004 election was even more blatantly stolen.) A slightly different criminal consortium manufactured the Obama presidency via the “postmodern coup” of 2008.

But wait, Professor Old Paradigm objects, those are just “conspiracy theories”! Surely if any of them were true, we (the mainstream) would have heard about them and accepted them! After all, nobody can ever keep any significant secrets! Therefore, we may safely dismiss all such allegations without bothering to investigate them.

This bizarre notion that secrets cannot be kept seems to be the anti-conspiracist’s prime article of faith. It is invoked over and over again, in the same way that Aristotle’s geocentric universe was invoked by the medieval Church as an excuse to avoid looking through Galileo’s telescope and actually seeing the moons of Jupiter.

In fact, it is extremely easy to keep secrets. For example, I once knew a sizable marijuana-growing operation in the middle of a big city, well-known to may dozens if not hundreds of people, that was effortlessly and successfully kept secret from law enforcement for more than two decades.

And any organization that is willing and able to intimidate, torture, and kill potential secret-spillers (unlike my pot-growing acquaintances, who made virtually no effort to maintain secrecy) can keep secrets with ridiculous ease. If it has money to bribe government officials, as well as the will and ability to intimidate them, its secrecy will be sovereign.

The US and the Western World have been ruled in secret, by secret forces, since at least World War II; and this simple, obvious fact is a secret that HAS been kept – at least from the professors of the Old Paradigm.

Perhaps the best introduction to the new paradigm I’ve yet encountered is Nick Cook’s 2001 book The Hunt for Zero Point. Cook is a mainstream defense journalist who wrote the book while serving as Aviation Editor for Jane’s Defense, the world’s leading military publication. But the evidence he presents shows that elements of the US military-industrial-intelligence complex have had zero-point-energy and antigravity technology at least since World War II, when they seized it, and many of the scientists who developed it, from the Nazi SS. It seems the whole top layer of the science wing of the SS, including its leader, Gen. Hans Kammler, was re-branded with the American flag and made the new custodians of the National Security State. (This fact, it seems, is still officially secret, meaning unknown to Professor Old Paradigm.) Subsequently, the dire methods of the SS were employed to keep all of this – and later just about everything else of significance – secret. The US has evolved into a sham democracy whose real rulers were, and remain, in the shadows. A labyrinth of Chinese boxes, secret organizations within secret organizations, rules, and even the President does not have the required level of security clearance to be given the faintest idea of what is really going on.

Cook suggests that the initial drive to hyper-secrecy was justified by the fact that zero-point-energy technology is both simpler and more powerful than, say, nuclear technology. It would be relatively easy to use zero-point energy technology to build a much larger bomb than the biggest H-bombs. Since zero-point’s weaponization potential is so alarming, he implies, those privy to it have been easily persuaded to keep its very existence a secret. And whole wings of major aerospace contractors have been handed billions to pretend to be unsuccessfully working on spokes for a wheel that has been up and rolling for at least half a century.

The implications of Cook’s thesis are monumental. In essence, we’ve had free energy technology around for the better part of a century, but it has been suppressed by a murderous ruling cabal. Most of the fossil fuels humanity has burned have been burned unnecessarily. This puts the global warming controversy into a whole new perspective.

It is, of course, possible that Cook’s book, and the data on which it is based, have been manufactured as part of an elaborate disinformation scam. Perhaps the purpose is to convince US adversaries to waste their time and resources on a wild-goose-chase for a mythical zero point technology, rather than, say, developing actual nuclear or biological weapons. Or perhaps it is meant to terrify potential adversaries by convincing them that the US has even more powerful weapons than it lets on. If this is the case, the scam is so elaborate, and the secrecy around it so impressive, that it is an even better argument for “rule by secrecy” than the much more probable scenario in which Cook’s arguments are true.

In any case, we know that they CAN keep a secret. The Manhattan project, and later the stealth bomber, were secrets held as long as the secret-keepers wanted them to be held. Operation Northwoods, the plan to kill Americans in fake “Cuban terrorist” attacks to provoke an invasion of Cuba, was kept secret from 1962 until the late 1990s. The fact that the Gulf of Tonkin incident was completely bogus was kept secret until long after it mattered. Many dozens of criminal acts by high-level US government personnel, from waves of terrorist attacks on civilians (Operation Gladio) to assassinations of heads of state in the US and abroad, to lethal CIA mind control programs that involved the most brutal imaginable forms of torture and murder, have been more or less covered up.

Perhaps most alarming of all are the thousands of other crimes, presumably including many even bigger and more evil than those listed above, that even people like me don’t know about. These would be the secrets that have been most successfully kept.

We live under a secret government of psychopaths. And as CS Lewis famously said, the devil’s best trick is to convince you he doesn’t exist.

The first step towards ending the pathocracy is recognizing its existence.