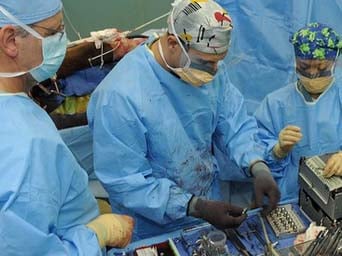 The Defense Department is in the transitional phase of implementing its new military health system, Federal News Radio reports.

Structural changes include establishing a Defense Health Agency, appointing market managers to monitor the system and placing a subordinate DHA organization in charge of military treatment facilities in the Washington region.

Another addition is a new way to store healthcare information.

Late last month, the Department of Veterans Affairs awarded a $80.3 million contract to Harris Corp. to integrate the VA’s and the Pentagon’s electronic health records systems.

DHA’s overall goal is to eventually eliminate the old system completely and Guice said the Pentagon will phase out overlapping components.

Guice said some legacy components are easy to transfer to the new framework.

However, other parts have the Pentagon working to figure out ways to maintain service consistency through the transition, according to Federal News Radio.