Everyone and his dog now knows Israel is the problem

Can’t say I’m crazy about the German Nobel laureate’s poetry. Much is lost in translation, of course. But the sentiment expressed in ‘What Must Be Said’ is spot-on.

And now that the dust has settled we can marvel at how the avalanche of outraged squawks and screeches sent the needle clean off the Richter Scale of Zionist paranoia.

Brave Günter Grass should wear the insults like a badge of honour.

The Jewish Chronicle reported Israel’s prime minister Benjamin Netanyahu as saying: “His [Gunter’s] declarations are ignorant and shameful and every honest person in this world must condemn them.”

What constitutes an “honest person” in Netanyahu’s eyes?

Does he know any?

Would Eli Yishai, Israel’s interior minister, be one of them?

Yishai lost no time blacklisting Grass and said he could no longer enter Israel.

“If Gunter wants to spread his twisted and lying works, I suggest he does this from Iran, where he can find a supportive audience.”

No need, Eli. He already has a huge and appreciative audience here in the West.

Yishai is boss of Israel’s Shas party. Shas opposes any freeze in Israel’s illegal settlement activity in the West Bank. In other words, he’s all for land theft and ethnic cleansing. Not surprisingly Shas is a magnet for freaks and crooks. Several of the party’s MKs have been convicted of offences such as fraud and forgery. Its former leader was indicted on corruption charges. The party’s founder called Palestinians “evil” and said “God should strike them with a plague….”

As for Arabs generally, “it is forbidden to be merciful to them. You must send missiles to them and annihilate them. They are evil and damnable.”

Shas has a real down on homosexuals too. One Shas MK accused gays of being “a plague as toxic as bird flu”.

The party is also against dividing Jerusalem and wants the Temple Mount for Jews only, regardless of irrefutable Muslim claims.

As if that weren’t enough, The Zionism and Israel Encyclopedic Dictionary tells of “unscrupulous election practices that include distributing amulets against the evil eye and rabbinical blessings in return for promises to vote for Shas, and apparently, voting by deceased persons. In several Shas districts in 1999, over 100% of those registered participated in the elections.”

And is Yishai any good as a minister? “Yishai is a bad interior minister,” according to Israeli newspaper Haaretz . “It seems the job simply doesn’t interest him. Perhaps even worse, that hasn’t hurt his political reputation, because the people of Israel don’t realize it.”  So Gunter Grass needn’t lose any sleep over the mouthings of this third-rater.

In any case, Günter in his poem only expresses what truly honest men have been saying for decades…

Yet why do I forbid myself

To name that other country

In which, for years, even if secretly,

There has been a growing nuclear potential at hand

But beyond control, because no inspection is available?

Actually inspection is available but Israel claims exemption, which is dutifully granted by our subservient international élite.

That the nuclear power of Israel endangers

Because it must be said

What even tomorrow may be too late to say… 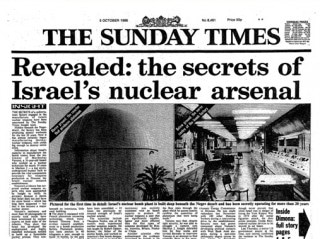 Israel frantically points the finger at Iran… but for what? To distract attention from the fact that Israel itself is the one with the runaway nuclear weapons programme that menaces the region and beyond.

In 2009 the IAEA again called on Israel to join the Non-Proliferation Treaty, open its nuclear facilities to inspection and place them under comprehensive IAEA safeguards. Again Israel did not comply.

Netanyahu needs to explain all this before getting heavy with other people.

With nimble lips calling it a reparation, declares

A further U-boat should be delivered to Israel,

Of a single atomic bomb is unproven,

But as a fear wishes to be conclusive,

I say what must be said.

Two months ago Defence Industry Daily reported how Christian Schmidt, Germany’s secretary of state for defence, had signed a contract with Israel to supply a sixth Dolphin-class submarine with the German taxpayer chipping in a huge subsidy. This latest U-boat will be fitted with a new type of propulsion system. Schmidt reportedly said that Germany was looking to increase its defense co-operation with Israel and “was specifically interested in learning from the IDF about training and military doctrine”.

The German government must be mental to have provided any subs, let alone half a dozen. Dolphins are diesel-electric attack subs that can fire torpedoes and missiles from their tubes and carry out underwater surveillance. Germany donated two of these killer vessels to the Israeli navy in the early 1990s. Israel then bought a third submarine for $350 million – half price – with the German taxpayer paying the other half. In 2006 a deal was done for two more at a total of $1.27 billion, with the Germans picking up 1/3 of the tab. 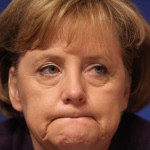 These Dolphins have 10 bow torpedo tubes, four of which have a 650mm diameter for launching the larger cruise missiles.

Rumour has it that Israel tested a nuclear-capable version of its medium-range “Popeye Turbo” cruise missile from those tubes.

It’s the stuff of nightmares when you see the lethal idiots whose fingers are all over the buttons.

Angela Merkel needs a good spanking for this lunacy. Any volunteers?

It is to be hoped

That this will free many from silence,

That they may prompt the perpetrator of the recognized danger

To renounce violence and

That an unhindered and permanent control

Of the Israeli nuclear potential

And the Iranian nuclear sites

Be authorized through an international agency

By the governments of both countries.

ACADEMICS JOINS ATHLETICS WITH ITS OWN WALL OF FAME AT LAKELAND HIGH SCHOOL “I THINK THIS IS GREAT BECAUSE THESE KIDS HAVE WORKED REALLY HARD AND DESERVE THE HONOR,” ELLEN MATTHEWS SAID.(SUFFOLK SUN)

Recognizing a few familiar faces, students soon realized that they were getting their first glimpse of Lakeland’s new wall of fame, formal photos of each of the school’s valedictorians and two National Merit scholar honorees. this web site lakeland high school

Last Tuesday evening Lakeland’s Academic Boosters, sponsors of the project, hosted a reception to introduce the distinguished scholars display to the public and especially to the families of the honored students.

Ellen Matthews, mother of the 1997 valedictorian Joshua David Bradley, and her husband Kent brought their three younger children, including 14-week-old Robert, to the reception.

“I think this is great because these kids have worked really hard and deserve the honor,” Ellen Matthews said. “I just hope I have three more up there someday.” The permanent distinguished scholars display also includes an annual listing of honor students and will soon be accompanied by a large mural created by the Lakeland High art classes.

Morris explained that the project was a real community effort with several businesses and individuals contributing money and talent to make the display a reality.

Six years ago, when William Hill became principal of Lakeland he saw a wall honoring the schools athletes and wondered why there was no wall recognizing academic achievements.

“Athletics and activities receive a lot of attention and it is deserved, but we were long overdue for academic recognition,” Hill said. “How are we going to re-focus attitudes toward academics and make it cool if we don’t flaunt it?” Many of the faculty and parents shared his feelings, but it took five years of talking, planning, and seeking support for the Academic Boosters and the distinguished scholars project to evolve.

“If just one ninth grade student looks up there and says “Hey, I want my picture on that wall,” it will all be worth it,” Hill said.

Staff photos by MICHAEL KESTNER Parker Matthews and his brother, Robert, search for the photo of their brother, 1997 valedictorian Joshua D. Bradley.

Parents had the chance to stand under their child’s portrait and share their latest successes during the dedication of Lakeland High’s new wall of fame dedicated to the school’s valedictorians and National Merit scholar honorees. Lakeland’s Academic Boosters, sponsors of the project, hosted a reception to introduce the distinguished scholars display to the public and the families of the honored students. web site lakeland high school