Home Life Tebow Column Was Error, Mistake I Was Wrong 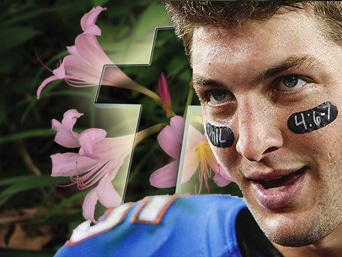 This is not a defense for stupid thinking, it’s an outright admission, a mea culpa, a repentant confession. I wrote a bad column about Tim Tebow, the media and Easter, the other day, and I’ve been catching flak ever since. Deservedly so.

Chris, a reader, tried telling me so, but I attempted to steer around it, going against every common sense, Christian bone in my head. And against the advice of the person closest to me. Sometimes I get stuck on an idea and think that I have all the answers. This humiliating confession is a good lesson.

My response to Chris seemed okay: it can be read, if anyone cares, beneath the column Tim Tebow, Bible Study, and Easter = Surprise Consequences

Now, we all know if we study—not just the Word, but the actions of people—there is a huge variety in Christianity, as there is in Islam. So, I had to cover my own distaste for what has been done to the Resurrection memory, going all the way back to when the political “church” adopted pagan dates for the key holidays, neither of which were called for by Jesus in red letters. I tried in the column to wave off the spectacle of such public prayer for those of us who prefer not to “witness” in such a manner, but simply to live life accordingly.

The column pointed to the irony of this news cycle phenomenon coming at the time when we have all been Judaized beyond a breaking point by the Oxymoron domination of the farcical election season. Tebow can still be used as a kind of coup de grace by the Neocons, and I think they were looking for it with the added hype.

The straightforward lesson is: Today’s corporate, media dominated culture is never, ever going to promote against its own selfish, anti Christ interest. I jumped in like a Pollyanna in my desire for a different outcome, I apologize to readers