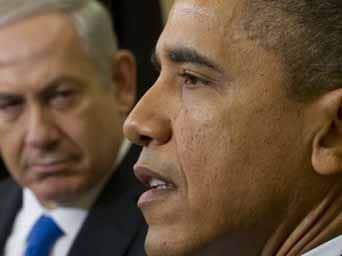 The U.S. should end all aid to Israel if it attacks Iran, former U.S. Senator James Abourezk says.

It should “tell Israel outright that both American money and American political and military support will end should it decide to drag America into another Middle East war as it did in Iraq,” Abourezk wrote in an article published by the Council for the National Interest.

The former Democratic senator, now practicing law in Sioux Falls, S.D., wrote, “if Israel attacks, America will be blamed for it…because we furnish money and weapons and protection in the U.N.for Israel, such collaboration would be difficult for us to deny.”

“We are talking here about saving American lives, and saving our economy, which will surely go deep into the tank when crude oil prices spike to unheard-of levels as a result of such an attack,” Abourezk wrote in an article distributed on Internet site Information Clearing House.

“It is my view,” he continued, “that (Israeli Prime Minister) Bibi (Benjamin) Netanyanu would drop the question of an Iranian threat once he has to consider the greater threat posed by the U.S. cutting off the gift of billions of dollars each year.”

Abourezk concluded, “It’s a question of whether our elected leaders will protect Americans or Israel. Surely it’s not too much to ask that they put their own country first.” Abourezk was the first Arab-American to serve in the Senate. First elected to the House of Representatives, his term in the Senate spanned the 1973-79 period.

An eloquent argument for terminating aid to Israel even if it does not start a war of aggression against Iran has also been made by American philosopher Todd May of Clemson University, S.C. He argues for an aid cutoff based on Israeli treatment of Palestinians.

“There are several simple, but compelling reasons, for Americans to support such a proposal,” he wrote on the website Mediamediators.net, a decade ago. “First and foremost, by squandering the aid we have given Israel over the years (nearly five billion dollars a year, including incidentals) in the massive violation of the human rights, autonomy, and dignity of another people, Israel has forfeited any claim it might have to that aid.”

“Regardless of the individual acts of desperation and terrorism that some Palestinians commit,” May continued, “the overwhelming destructiveness that Israel has performed on the Palestinian people for the last thirty-five years demonstrates that its goal has always been, and remains, the dominance of another people.”

“The U.S. should not be aiding Israel no more than it should have been aiding South Africa under apartheid, Iran under the Shah, Iraq’s Saddam during his war with Iran, Cambodia under Pol Pot, or Indonesia during its campaign against the East Timorese,” May said.

May concluded, “Given that aid to Israel supports a policy that runs afoul of basic human rights, wastes billions of dollars a year in taxpayer money, and is inimical to U.S. interests, we ought to end it.”

Sherwood Ross is a Miami-based public relations consultant who writes on political and military topics. Reach him at [email protected].