We are not witnessing inner wars in the Israeli leadership, but a conscious effort to create disinformation on the plans of the State of Israel. The sharp inversion of the typical roles (warring generals, cautious politicians) is a further attempt to create confusion.

On April 25, 2012, IDF Chief of Staff Lt. Gen. Benny Gantz gave a rare interview to the Israeli newspaper Haaretz. As it invariably happens in recent years when Israeli leaders are interviewed, a possible war between Israel and Iran was at the center of the interview.

Oddly enough, the general indirectly admitted Israel is bluffing Iran; this interview sums up to several others given recently by Israeli leaders into a very disturbing picture.

Israel has not only disclosed the true message behind its public declarations, but also has heavily hinted at the result of any future negotiation.

“The military option is the last chronologically, but the first in terms of its credibility. If it’s not credible it has no meaning.We are preparing for it in a credible manner. That’s my job, as a military man,” said General Gantz.

This is a remarkably vague statement, especially by his inexplicable need to incessantly repeat the word “credible.” Judging his words from the point of view of a Hebrew speaker, such a statement is highly dubious.

I wouldn’t buy anything from this man; he probably means Israel will not attack Iran, but wants Iran to believe it will. Afterwards he added: “[Iran] will be able to decide whether to manufacture a nuclear bomb. It hasn’t yet decided whether to go the extra mile,” and “as long as its facilities are not bomb-proof, the program is too vulnerable, in Iran’s view.”Here, he awkwardly admitted an error recently committed by Israel’s Vice Prime Minister and Minister of Strategic Affairs, Moshe “Bogie” Ya’alon on February 2 at the Hertzliya Conference. He said then that “the West has the ability to strike [Iran],” (see Israel Bluffs Iran for more details).

Unluckily, Ya’alon was bluffing and got caught; one week before Ya’alon’s belligerent remarks, the Wall Street Journal reported remarks by US defense officials according to which the Pentagon is not in possession of conventional arms strong enough to destroy all of Iran’s nuclear facilities, due to their being too deep for bunker-buster bombs. As commented upon in the past, Israel gets its GBU-28 Bunker Buster bombs from the USA. Thus, Israel cannot perform better than the USA on such an attack, especially taking into account the IDF limitations. Ya’alon bluffed.

Are these inner wars in the Israeli leadership?

This in-congruence was so odd, that I made a shortlist of the main Israeli leaders opinions on the topic of a war with Iran. On October 28, 2011, I analyzed the situation in Israeli Defense Ministry Acknowledges Defeat. The article followed a comment on Israel’s incapability of defeating Iran in an interview given by Major General Amos Gilad, Head of the Israeli Defense Ministry’s Diplomatic-Security Bureau. The surprising comment was made in a “Friday’s Cathedra” event in Ashkelon. It was later cited by Yedihot Ahahronot, the largest Hebrew newspaper. This couldn’t have been done without the silent support of the establishment. Gilad said that Netanyahu was the first to hear about a prediction of the Israeli intelligence services that Iran has decided to pursue the path of missiles and nuclear technologies development. He added that Netanyahu sees that as a “great threat,” and that this view is shared by Defense Minister Ehud Barak. The war plans of the latter were recently thwarted by the USA, at least until the November Presidential elections. Netanyahu’s support of the war is openly broadcast on an almost continuous basis by the Hebrew media: “Hold Me Back,” shouts Netanyahu. The support of a war on Iran is true also for Shimon Pereswho openly supports an attack on Iran in all the relevant interviews he gave in recent months.

Yet, Nahum Barnea—a leading Yedihot Ahahronot journalist—said on that Friday that the IDF Head of Staff Beni Gantz, Mossad Director Tamir Pardo, Head of Aman (IDF Military Intelligence Corps) Aviv Kochabi, and the Head of Shin Beth Yoram Cohen—in other words, Israel’s leading generals—oppose an attack on Iran. In the past Meir Dagan—Pardo’s predecessor as Mossad Director—defined such an attack as a “foolish idea” in several interviews. In the Israeli media conventions, the former Mossad Director is the closest one gets to a formal statement by this secretive organization. All these points of view were supported in all open interviews appearing in the Hebrew media. 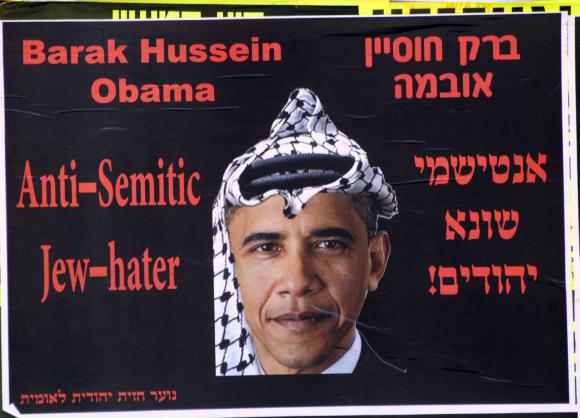 Let me further summarize: Leading Israeli politicians support war with Iran. Leading Israeli security services personnel oppose it. This is very odd. In the Israeli (and Western) reality, one expects the opposite: generals want war, politicians want industrial silence. Is this additional incongruence a sign of Jewish wisdom, or something else?

The hint to the truth is in the deed itself. General Gantz cannot give a free interview. IDF officers must get an approval for such an event; in the case of the IDF’s chief general, the approval must be given by the Minister of Defense himself. It is unlikely that Ehud Barak would have given such an approval without asking what General Gantz was planning to say on the issue of a war with Iran. Similarly, it is unlikely that General Gantz would utter an opinion contrary to the one of his boss without getting previous approval from Barak.

In other words, we are not witnessing inner wars in the Israeli leadership, but a conscious effort to create disinformation on the plans of the State of Israel. The sharp inversion of the typical roles (warring generals, cautious politicians) is a further attempt to create confusion.

To war or not to war?

The truth is that probably even Netanyahu doesn’t know for sure if Israel will attack Iran. The USA has imposed a veto on such an action until November, but after November Israel may be tempted into a nuclear attack on Iran, as it has been analyzed inIs this Israel’s last Independence Day? Netanyahu wants to keep an ambiguous position on the issue, as he does on Israel’s nuclear capabilities. Yet, inadvertently, Netanyahu disclosed a bigger secret. Israel has lost its right to be considered an honest partner to any talks.

Shimon Peres—Israel’s president—may seem active, but his political career was finished in 1981, when he and Menahem Begin competed against each other in what became the hottest campaign in Israel’s short history. Labor was trying to return to power after it lost it for the first time to the Likud Party in 1977. Following two racist events during his campaign, a comedian working for the Likud, Sefy (nickname for Yosef) Rivlin, was invited to run the Likud television campaign. He conducted a successful personal campaign against Peres. Its motto was “Ken VeLo,” namely “Yes and No” in Hebrew. Peres was presented answering “yes and no” to everything he was asked (“Do you want sugar in your coffee?” “Yes and No! Yes and No!”). The combination of Peres’ shaky reputation with the funny voice used by Rivlin and his very disturbing eyes transformed Peres into a clown forever. Peres never won an open political campaign again.

In 2012, the Israeli leadership is repeating Peres’ error on a larger scale. “Yes and No; Attack and Don’t Attack,” it is saying. “Credibility” was repeated time and again by General Gantz in yesterday’s interview. Yet, he and Israel’s leadership lost their credibility forever.

ABOUT THE AUTHOR— Roy Tov is an Israeli dissident who converted to Christianity. Having had a career at Israel’s highest scientific institution and having served in top-secret military units provided Tov with unique insights. This made Tov a marked man when he tried to leave Israel. An attack by Israel left him with permanent damage in his throat. Personal grudges and grievances aside,  like Norman Finklestein, Noam Chomsky, Gilad Atzmon , Phil Weiss and so many others, he has the mind and the intellectual reasoning qualities of a typical well-educated and logical Jewish scholar. He is an effective researcher and writer on anti_Zionist and Israeli matters.