Home Veterans I am a Sianist 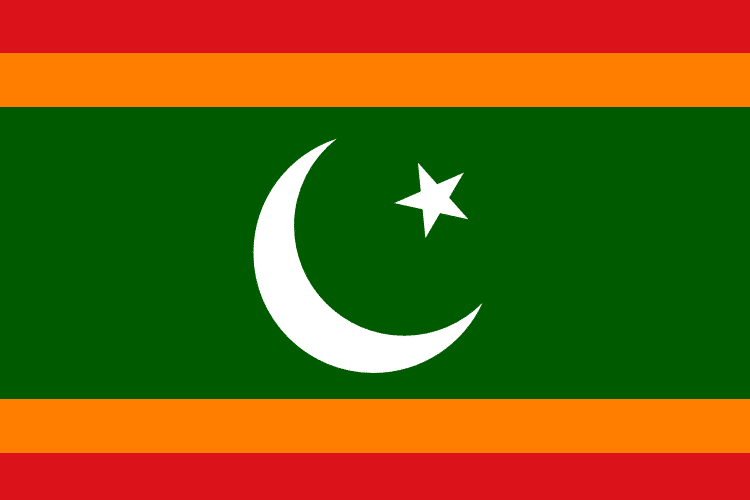 No, that’s not French for Zionist.

Never heard of it, you say?

You will soon. We Andalusianists – not al-CIA-duh, a.k.a. the wahhabi foreign legion – are the real Muslim threat to take over the world.

The Zionists have their myth. They claim that they’ve been exiled from their promised land for centuries, and they’re going to take it back – “and if you don’t like it, my hairy friend Samson here will nuke all the capitals of Europe.”

We Sianists have a better myth – and a better “promised land.” We were driven out of Andalusia (Islamic Spain) more than five centuries ago. And unlike the Zionist myth, our myth lines up squarely with actual history.

The Zionists are using their myth as a springboard to world domination. They aren’t interested in just that little patch of land the UN “gave” them (after they’d bribed Truman with a suitcase full of cash) in 1948. Their appetites are not satisfied by the extra land they stole via terrorist ethnic cleansing in 1948, or Nazi-style war of aggression in 1967. They aren’t even going to be satisfied with the whole area between the Nile and the Euphrates that they think their tribal idol Yahwe granted them.

Zionism, let’s face it, is a world domination scheme concocted by the Rothschilds and their bankster buddies. They’ve brainwashed those who identify as Jews to imagine themselves as a persecuted “chosen people” who need a ruthless and powerful state to protect them. And they’ve brainwashed Christians and secularists to join or acquiesce. Just as the Egyptian Pharoahs brainwashed ordinary Egyptians into building the pyramids, the Zionists are brainwashing ordinary Jews and Christians and secularists into building their New World Order.

Sianism is a very different kind of world takeover scheme.

Unlike Zionism, Sianism does not posit a superior race of “chosen people.” In Islamic Andalusia, Jews, Christians and Muslims lived side-by-side, generally with a considerable degree of mutual tolerance and respect.

“As conquerors, their heroism was only equalled by their moderation, and in both, for a time, they excelled the nations with whom they contended. Severed from their native homes, they loved the land given them as they supposed by Allah and strove to embellish it with everything that could administer to the happiness of man. Laying the foundations of their power in a system of wise and equitable laws, diligently cultivating the arts and sciences, and promoting agriculture, manufactures and commerce, they gradually formed an empire unrivaled for its prosperity by any of the empires of Christendom, and diligently drawing round them the graces and refinements that marked the Arabian empire in the East at the time of its greatest civilization, they diffused the light of Oriental knowledge through the western regions of benighted Europe.” (Tales of the Alhambra, 52-53).

Andalusia was crushed by the brutal Christian fanatics who gave us the Inquisition. Maria Menocal’s book The Ornament of the World: How Jews, Christians and Muslims Created a Culture of Tolerance in Medieval Spain shows that our supposedly tolerant modern world is in many ways a totalitarian descendent of Inquisition-style Christianity.

For example, here in the USA, all 300 million of us are forced at gunpoint, under pain of kidnapping and torture, to have basically the same marriage rules and drug preferences. We Muslims, who consider alcohol an abomination far worse than heroin and cocaine, can’t stop people from drinking, selling, serving and advertising alcohol in our own streets and neighborhoods and cities; in fact, we have a hard time even making it known to our non-Muslim friends and acquaintances that drinking in front of us is just as shocking and abominable to us as shooting up heroin or cocaine would be to them.

It isn’t just Muslims who are strapped to the procrustean bed of other people’s drug preferences. Those who consider marijuana, peyote, or sacred mushrooms to be gifts from God are kidnapped and brutalized by uniformed thugs if they practice what they preach.

Likewise, there is a totalitarian movement afoot to force the entire USA to accept something that very few of the tens of thousands of human cultures that have existed on earth have ever accepted: gay marriage. Yet polygamy, accepted (though not necessarily a norm) in the vast majority of cultures known to ethnologists, is banned – even for those whose religion allows for it.

In a million other ways – zoning ordinances, tax codes, surveillance systems, factory-style education, and on and on – the modern world is built on a totalitarian, one-size-fits-all model. If any group wants to live their own way, be they hillbillies making moonshine, Mormons marrying multiple wives, primitivists living in simple mod-con-free dwellings, hippies growing marijuana, gypsies living in temporary roadside camps, street vendors selling where they choose, occupiers setting up encampments in public spaces, or Branch Davidians preaching oddball religious interpretations – they are brutally suppressed by goons dressed up in silly uniforms, and nobody even blinks.

The totalitarian, Inquisition-built West not only lacks freedom, but beauty as well. And it’s getting uglier all the time. Every day more of the earth is paved and overrun by noisy, toxin-farting metal beasts. Houses get more and more hideous every generation. Totalitarian lawns, with the same virtually-identical blade of grass repeated billions of times thanks to pesticides and chemicals, are our answer to Andalusia’s lush gardens. Half the population is overweight, and the other half is undernourished from eating plastic food. People spend their time frying their eyeballs with cathode-ray tubes. Nobody, except for a few specialists, knows how to tell a story or make music.

We Sianists – far more than Bin Laden Construction & Demolition Enterprises Ltd. (a branch of the US Army Corps of Engineers & Negev Desert Enterprises Ltd.) – are the real threat to this wonderful Western way of life.

We want a world in which people spend their time doing something useful, such as: growing and preparing healthy, nutritious food; building simple dwellings that blend with rather than obliterate the landscape; embellishing the beauty of nature rather than paving it over; entertaining and enjoying each other, not being “entertained” (i.e. lobotomized) by corporations; communing with and getting closer to God or whatever word we’re using for Him/Her/It; making our own decisions by participating in families and small communities, rather than letting the government (elected or unelected) make decisions for us; and so on.

The supreme art, in the Andalusian way of looking at things, is that of gardening. The word paradise (in Arabic, jinna) means garden. But “gardens” in the Middle Eastern languages that gave us the garden as the image of paradise aren’t just vegetable and flower gardens. The words orchard and park and forest need to be invoked as well. Gardening in this larger sense means embellishing nature (i.e. God’s creation) by working with it rather than against it. Ideally, the whole world should be “gardens” (largely natural areas embellished judiciously by humans) interspersed with plenty of wild nature (God’s creation unblemished by human hands). And the people living in harmony with this planetary garden should respect and enjoy each others’ different ways of life and paths to God.

Christian culture has inherited a loathing of nature. Today’s totalitarian “pave the earth” culture is the direct descendant of the doctrine of Original Sin and the Fall: Nature, including human nature (especially its wildest component, sex) is evil and fallen and needs to be cleaned up, covered up, paved over, plasticized, homogenized, covered with clear plastic wrap and sold for a dollar ninety nine at your local convenience store.

Post-Christian culture is even worse. The Faustian, satanic strand of post-Enlightement culture hates God, Creation and humanity just about equally. While pretending to a certain “humanism,” this is really just another egotistical “I am the greatest, everybody and everything else sucks” chosen-people-ism. Today’s specialists are trained to think they are better than everyone and everything else, so they have the right to blasphemously build nuclear devices, artificial life, and God knows what next. They may have already killed our planet – one of the nicest ones for zillions of miles around.

We Sianists obviously have our work cut out for us.

But so did the Zionists back in, say, 1890. Their world takeover scheme was at least as crazy as ours. And it had the disadvantage of being so unpleasant that it could only be sold through lies.

This will become more obvious as the old system comes crashing down.

Maybe we won’t even need to buy up the media, the government, and the UN – or blow up any skyscrapers – to sell it.