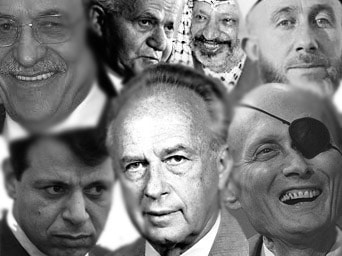 As Palestinians and Arabs around the world remember the Nakba and the forced exile of hundreds of thousands of Palestinian, Israeli and other Jews are simultaneously celebrating their ‘victory’ and the establishment of a Zionist-Apartheid State.

Present-day Israel, contrary to what Zionist Israeli history might claim, was not made in heaven nor was it created by Moses or his G-d. Instead, it was established by an armed gang dedicated to the ethnic cleansing of Palestine from its native Arab people and the establishment of a state predicated on a racist ideology known as Zionism.

Immediately upon arriving to the shores of Palestine these Jews escaping the European Pogroms and later horrific Nazi concentration camps hit the shores with guns blazing, not to establish partnership with the natives of Palestine, but rather to use terrorist tactics to kill, intimidate and frighten Palestinians into exile. In this goal, they succeeded.

Until Israelis, Zionists and Jews of the world recognize and admit that Israel was not a product of heaven but instead the product of a man-made hell—a hell for Palestinians—there can be no peace or reconciliation.

On the other side, Palestinians must admit that a failure of Palestinian leadership and social responses to the Zionist agenda played a critical role in facilitating the Nakba.

It is difficult to draw comparisons between the Palestinian leadership with its limited narrative, inexperience, and close-knit family and village loyalties to the national vision of a sophisticated, well educated, and well connected Zionist leadership.

In Palestine, there were mainly two families that had influence and a following: the Hussaini and Nashashibi families. Both of these families maintained a narrow focus on their Jerusalem base with much less knowledge and understanding of the rest of rural Palestine. “Families/ Clans” also ruled rural Palestine with the peasants serving as their basis of support, with competitive fiefdoms in major cities such as Jaffa, Haifa, Acre, Lod, Ramaleh, and Nablus among other cities. There was never and elected accountable collective leadership at that time as there is today.

Hajj Amin Hussaini lacked the political sophistications of his Jewish counterpart and lacked the skills and leadership to create a collective governing body that could meet the challenge of the invading Zionists. He was more interested, as all of his successors have been, in sustaining his own leadership than in ensuring the livelihood of his people and nation. He was an invention and puppet of the British Mandate.

The invading Zionists on the other hand, were well trained, with many having served in the allied armies during WWII. They were well-armed, thanks to a well-connected network of arms dealers and smugglers, complemented by an intelligence and planning network that the Palestinians not only lacked but could never dream of.

Simply stated, this was no equal match. One was a Western-backed, well-funded, well-supported and well-organized political, military and financial leadership. The Palestinians were lacking in all of these areas.

There was really no ‘war’ to speak of in ‘47-‘48. The Zionists had all the resources and a dedicated professional army albeit its rules of engagement based on terrorist tactics. Meanwhile, Palestinians had a rag tag militia with few professionals, and lacked all of the resources required for defense on the local/village and national levels.

The ‘war’ of ‘47-‘48 was nothing more than an exercise of futility, with one possible outcome. No need to mention the Arab armies—their ineffective and incompetent political and military leaderships had any chance.

When Ben Gurion and his Zionist leadership made the declaration that the state of Palestine was now Israel—an Israel with undefined borders—it had already established a functioning government and ministries. It was not too difficult to create a collective of all the Jewish militias and terrorist organizations and from that establish a professional army known as the Israel Defense Forces (IDF). Ben Gurion did not send his wife or children to Paris to enjoy the good life at his people’s expense.

One thing that can be said about Ben Gurion, unlike his Palestinian counterparts, he did not surround him self with a useless mafia that failed at every turn while simultaneously looting their people’s treasury. Ben Gurion organized Jewish militias with the explicit intention and plan to establish a State of Israel. He did not set up a “liberation” organization to satisfy his ego and use it to maintain loyalties and support for his leadership.

Ben Gurion did not invite his friends, Jewish businessmen and investors to come to loot the newly established state, and did not allow the leadership of the political and militias to muscle in on investors and force them into partnership.

It is true that hundreds of thousands of our people died in Lebanon, in Syria and in Jordan and not to mention those exiled from Kuwait as result of the reckless if not criminal leadership of Yasser Arafat. The Palestinian people truly believed in and supported the organization called the Palestine Liberation Organization (PLO) because they believed in the mission and objective of such an organization. The Palestinians were left with nothing but disappointment and despair that resulted from the PLO’s deep corruption, incompetence, and its complete and utter failure to liberate the Palestinians in any sense of the word.

The Oslo Accords were nothing but a criminal indictment of the Palestinian leadership and the PLO as a Failed Liberation Organization. Oslo was the straw that killed any chance of liberation and any chance of an end of the Jewish Occupation. Oslo’s only purpose is to perpetuate a failed Palestinian leadership until there is nothing left of Palestine.

Only when the Palestinians recognize the failures of their leadership and their failure to demand inclusion in leadership decision-making processes, will there be hope for any kind of liberation.