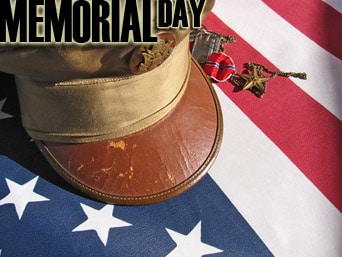 Could it be that we have lost the true cost of war as we morn its dead ~ could it be that flowers and flags can never justify the inhumanity of war ~ could it be that all wars are lost because there are no true winners and lastly why are we continuing to justify our current illegal occupations by falsely calling them wars. In wartime, everything is done to subvert the force of love but in the end ~ only love prevails: 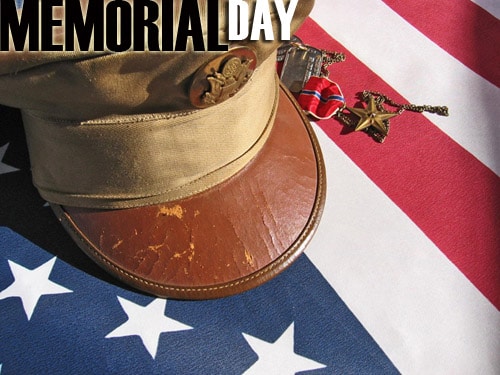 Here are some thought provoking quotes and serious thoughts to mull over on memorial Day 2012 but first let’s have a reality check and watch a must see Real News video of Larry Wilkerson discussing the National Defense Authorization Act that recently passed the Senate giving the president the power for indefinite detention without trial ~ which Wilkerson correctly asserts is a draconian violation of our rights. 7 minute video

Wilkerson correctly calls this “another step on the road to tyranny“ and also shares that the Defense (War) Department “now is completely in control of over two thirds of our intelligence facilities.”

The founders of our Republic were seriously opposed to handing this much military power over to the executive branch, fearing tyranny. If enacted into law, this provision will make Obama a dictator who can wage war anywhere and without the consent of the American people and it’s duly elected Congress. Events in the past have warned of the danger of an out of control war making machine ~ which we most certainly have at the present time.

Here’s a short video clip showing how every major war in US history was based on a complete fraud, lie or false flag ~ with video of the insiders themselves admitting it. This includes the battleship Maine, Sinking of the Lusitania, Gulf of Tonkin, USS Liberty but not the yet to be admitted 9/11 cover up. 8 minute video

President Eisenhower most certainly warned us about the out of control military/industrial complex but here is a 21st century updated thought provoking warning by Joe Rogan that War Is indeed a Racket ~ with X rated but effective language, so be fore warned. Nine minute video

When people say “support the troops” but aren’t fighting to bring them home and keep the criminals who run these wars and occupations in check, I wonder how serious they are about helping anybody. Others have expressed the same doubts about the futility of war;

“We have grasped the mystery of the atom and rejected the Sermon on the Mount. Ours is a world of nuclear giants and ethical infants. We know more about war than we do about peace – more about killing than we do about living.” ~ WWII General Omar Bradley

“In war, there are no unwounded soldiers”— Jose Narosky

“Individuals have international duties which transcend the national obligations of obedience. Therefore (individual citizens) have the duty to (refuse to obey) domestic laws to prevent crimes against peace and humanity from occurring.” ~ Nuremberg War Crime Tribunal, 1950

“We must kill them in war, just because they live beyond the river. If they lived on this side, we would be called murderers.” ~ Blaise Pascal (17th century mathematician and philosopher whose father lost his entire savings because of France’s national bankruptcy caused by the debt incurred during the religious Thirty Years War)

“If you had seen one day of war, you would pray to God that you would never see another.” ~ The Duke of Wellington (celebrated for being the victorious British general at the Battle of Waterloo, June 1815)

“I confess without shame that I am tired and sick of war. Its glory is all moonshine. It is only those who have neither heard the shrieks and groans of the wounded, who cry aloud for more blood, more vengeance, more desolation. War is Hell.”~ Civil War Union General William Tecumseh Sherman who orchestrated the infamous scorched earth policy that terrorized the Confederacy in his “March to the Sea” in 1864.

“Every ambitious would-be empire clarions it abroad that she is conquering the world to bring it peace, security and freedom, and is sacrificing her sons only for the most noble and humanitarian purposes. That is a lie, and it is an ancient lie, yet generations still rise and believe it! …

If America ever does seek Empire, and most nations do, then planned reforms in our domestic life will be abandoned, States Rights will be abolished ~ in order to impose a centralized government upon us for the purpose of internal repudiation of freedom, and adventures abroad.

The American Dream will then die ~ on battlefields all over the world ~ and a nation conceived in liberty will destroy liberty for Americans and impose tyranny on subject nations.” George S. Boutwell – (1818-1905) American statesman, Secretary of the Treasury under President Ulysses S. Grant

“All that was required of them (i.e. the brain-washed masses) was a primitive patriotism which could be appealed to whenever it was necessary to make them accept longer working hours or shorter rations. And even when they became discontented, as they sometimes did, their discontent led nowhere, because, being without general ideas, they could only focus it on petty specific grievances. The larger evils invariably escaped their notice.” ~ George Orwell 1984

And of course, the mass media more than plays its role in promoting and selling these larger evils or so-called wars and occupations for the benefit of the Military/Industrial complex.

In other words, no mass media promotion, no war.

Howard Zinn (1922-2011) shows how CNN and other “news” outlets cheer lead the Iraq and Afghanistan wars and other atrocities. 5 minute Video:

Only love can reach the common taproot beneath the primordial necessity to kill because love and the urge to unite is not only deepest within ourselves ~ it is also the driving force of evolution and we resist it at our peril.

And this is the truth that shall set everything ablaze; The basic underlying and uniting force of the Universe is a psychic energy field of love and soul consciousness ( the Unified Field ) which lies not only beyond time and space but also beneath our deepest fears ~ and whose principle property is the universal urge to unite.

The June 1995 issue of Scientific American featured an article titled The Arithmetic’s of Mutual Help in which it shared that computer experiments conclusively show how cooperation rather than exploitation can dominate in the Darwinian struggle for survival … ”In the course of evolution, there appears to have been ample opportunity for cooperation to have assisted everything from humans to molecules. In a sense, cooperation could be older than life itself. “ And what else but love and this innate urge to unite could be older than life itself.

But I am not alone in singing this song of innate connectedness, love and hope.

SARAH: ” In your book, you say, “Lurking beneath the surface of every society, including ours, is the passionate yearning for a nationalist cause that exalts us … the kind that war alone is able to deliver.” That yearning suggests that we’re always going to be either at war or on the brink of war. Do you see any forces that can temper that tendency? “

I don’t know that there’s an organized force that can stand up to the allure of war, which gives us a sense of empowerment ~ allows us to be part of a cause, to ennoble ourselves, to rise above our small stations in life.

The need to find meaning like that, I think, is an indication of the huge deficit of our emotional life. In conflict after conflict, those who are able to remain sane, who were never able to hate the perfidious enemy (who, in places like the Balkans, were often their neighbors), were those who had good relationships, those who were in love.” See article

So in wartime, everything is done to subvert the force of love ~ but in the end only love prevails because it lies deepest within ourselves and we resist it at our evolutionary peril.

So on Memorial Day 2012 ~ let us honor those who have died, let us heal the countless wounded and let us take the necessary action to stop these illegal occupations, masqueraded as wars ~ which are actually mockeries of freedom and liberty.