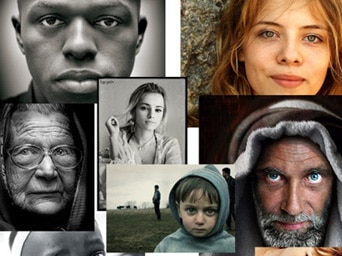 While I will provide “real” science in this piece,  know that although for about 50 years I have learned: “When in doubt, open the Bible”— the following is sage advice on this topic from Paul to Timothy and Titus:

“Neither give heed to fables and endless genealogies, which minister questions, rather than godly edifying which is in faith.”
(1Tim 1-4)

“Avoid foolish questions and genealogies, and contentions and strivings about the law; for they are unprofitable and vain.” (Titus 3-9.)

The following abstract from PsycINFO Database Record (c) 2012 APA—gives us some insight into modern scientific debate:

“The scientific premises for looking for statistical differences between groups designated as races (on somewhat arbitrary grounds) are questionable. The explanation of such differences in strictly biological-evolutionary terms is even more dubious. Studies of temperament, basic personality traits, disorders (such as antisocial personality), and specific genetic markers show that there is much more variation within groups designated as races than between such groups. Investigators and theoreticians interpreting such differences on the basis of limited sampling within the 3 broad racial groups should be careful to avoid selectivity and misrepresentation of data that serve racist ideology, and should be cautious about presenting their theories to the public through inappropriate media forums. “

My definition of science comes from philosopher George Santayana:

“Science is neither a method nor a body of knowledge. It is a body of changing learned opinion aspiring to be true. There are certain facts about nature and history; our grasp of those facts is constantly changing.”

Here is a link to rational writing about race and genetics, although you will encounter information about the ”Jewish genes” by one writer: What our_genes_tell_us_about_race   Read Michael White’s overview.

Since outward appearance is what everyone must deal with in every day life, racial differences are likely the most important aspect of being human with which we must cope.

My take on this topic is only somewhat informed since the best grades in school I ever earned came in courses in anthropology following a hitch in the Navy, where I encountered racism for the first time in my life.

After graduating from a Lilly white California high school where my only experiences with blacks came during sports contests where we white boys got crap kicked out of us by bigger stronger teams from the Bakersfield ghettos.

This lesson in physical differences led more to admiration for abilities than it did for racial animosities. I had to join the navy and go east to Maryland, Philadelphia and the nation’s capitol to see government orchestrated racism in action.

After that my first culture shock came in the segregated men’s rooms at the DC depot—I’ll never forget asking loudly: “what kind of shit is this?” Diplomacy has never been my strong suit; perhaps it’s in my “Scot” genes.

If people can’t grow up enough to learn that judging other people on skin color and hair is painfully shallow—what do we ‘blame?’

Of course there are a jillion “cultural” differences that folks can dislike. I can remember several times being very uncomfortable in a dark bar filled with glaring brothers.

But, I had entered their space, not vice versa. Fortunately a quality of mind called humor in which my genes must have affinity, has always pulled me thru such ‘sticky’ situations.  My vote is that humans are pretty much equal when it comes to humor. Never mind both genes and psychobabble.

While many are turned off by reference to Jesus and the controversial Bible, allow me to stress that God saw fit to destroy all the alleged genealogical records along With all the building stones in 70AD, when bands of crazy Jews destroyed their own great city of Herod under the gaze of a Roman Army—go figure!

However, God and the crazies left posterity with the racist Talmud; one can only wonder why?

Jesus very clearly taught that: in the eyes of God there is no difference between “Jew or Greek, Slave nor free; man or woman.”

Our technical efforts into microbiology are impressive, to us, but like holy writ says; Man will never know the whole workings of God, Not ever!  We may choose what to believe, can we not?