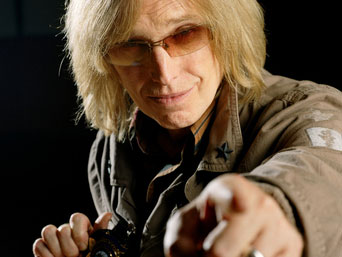 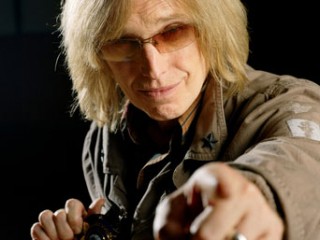 “these truths to be self-evident: That all [people] are created equal; that they are endowed by their creator with certain unalienable rights…that, to secure these rights, governments are instituted among [people] deriving their just powers from the consent of the governed; and, whenever any form of government becomes destructive of these ends, it is the RIGHT of the people to ALTER or to ABOLISH it.”

We may have democracy; or we may have wealth concentrated in the hands of a few, but we can’t have both.

Those who won our independence by revolution were not cowards.

They did not fear political change.

They valued liberty both as an end and as a means.

They believed that freedom to think as you will and to speak as you think are means indispensable to the discovery and spread of political truth.

The greatest menace to freedom is an inert people;

Public discussion is a political duty; and that this should be a fundamental principle of the American government.

Albert Einstein noted that we cannot solve today’s problems by using the same thinking that created them and “Imagination is more important than knowledge” and “The true sign of intelligence is not knowledge but imagination.”

“Imagine there’s no countries…Nothing to kill or die for. Imagine all the people; living life in peace. You may say I’m a dreamer, but I’m not the only one…Imagine all the people sharing all the world…Our society is run by insane people for insane objectives. I think we’re being run by maniacs for maniacal ends…I believe that as soon as people want peace in the world they can have it. The only trouble is they are not aware they can get it.”-John Lennon

Getting anything requires personal responsibility and initiative.

Howard has advised national political leaders on legal and regulatory reform since the 1990’s and is the author of The Death of Common Sense, The Collapse of the Common Good and Life Without Lawyers.

Common Good is a nonprofit, nonpartisan reform coalition with imagination that offers “bold ideas to restore common sense to all three branches of government––legislative, executive and judicial––based on the principles of individual freedom, responsibility and accountability.”

Common Good’s mission is to overhaul our dysfunctional government and legal system by liberating we the people who have been endowed by our Founding Fathers with the RIGHT to ALTER or to ABOLISH any form of government that is destroying our inalienable rights;

And what could be more destructive than a Government and Judicial system that contends corporations are people and allows those with the deepest pockets to buy democracy?

1. Give government a “spring cleaning” by cutting out obsolete laws and bloated bureaucracies. If we are serious about reducing budget deficits, this is an essential step.

2. Simplify regulations––and base them on results, not rules. This will strengthen the economy and free America’s “can-do” spirit.

3. Create special health courts. This reform will protect patients, lower healthcare costs and expedite malpractice cases by taking them out of the regular court system.

4. Reasonably limit the time it takes to do environmental reviews. This is critical if we’re going to rebuild our nation’s infrastructure and protect the environment.

6. Free public schools from senseless bureaucracy and red tape. This will make it possible for teachers and principals to do, and give, their best.

Howard believes, “Law is supposed to be a framework for human judgment in a free society. Instead law has replaced freedom. Rules are so detailed that people can’t act sensibly. Letting people sue for the moon does not support freedom, but infects daily dealings with legal fear. The land of the free has become a legal minefield. Instead of striving towards our goals, Americans tiptoe through the day looking over their shoulders.

“Modern law is based on the false premise that law is self-executing. So regulators organized society like an assembly line—trying to avoid human error by millions of words of regulation that eliminate human judgment. We don’t trust judges either—so we allow lawsuits over almost anything. But determining what’s right or fair always requires a value judgment. To take responsibility, people must be free to make responsible choices. Society can’t work unless everyone, at every level of responsibility, has freedom to use their common sense.

“Governors can’t balance budgets when programs are cast in legal concrete. Teachers can’t maintain order when compelled to ‘prove’ what happened in a legal hearing. Doctors can’t be candid when terrified of lawsuits.

“America is paralyzed by decades of accumulated law and lawsuits. That’s why we need to Start Over.”

Common Sense will compel one to learn more:

Senator William Fulbright warned, “The age of warrior kings and of warrior presidents has passed. The nuclear age calls for a different kind of leadership….a leadership of intellect, judgment, tolerance and rationality, a leadership committed to human values, to world peace, and to the improvement of the human condition. The attributes upon which we must draw are the human attributes of compassion and common sense, of intellect and creative imagination, and of empathy and understanding between cultures.”

John Lennon sang, “Christ, you know it ain’t easy! You know how hard it can be and the way things are going They’re gonna crucify me” but my imagination compels me to put some starch in the spines of Congress so that we will put America first and honor the promises that these United States were founded upon and indeed “observe good faith and justice towards all nations and cultivate peace and harmony with all.”-President George Washington.

But if I can’t laugh and if I can’t dance, it’s not my revolution and so I quote and end with Tom Petty:

Tom Petty–I Won’t Back Down

I am Eileen Fleming for US HOUSE, I approve of all of my messages.