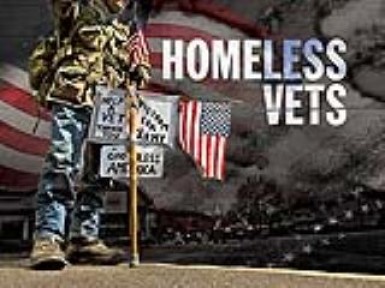 Taking Over Programs That Work

We the Veterans…we the voters, often watch from the sidelines and shake our heads in collective amazement at the actions of our government, both on the federal level and the state level. For some who are lost in the world of reality television, they may not even notice what goes on in the world of politics at any level.

Have you ever noticed that government has grown famous for it being out-of-touch with the people? In their attempt to gain favor with the voter, politicians at all levels come up with programs they think will solve a specific problem or need and in the ensuing legislation designed to address the issue, the actions taken sometimes create more problems, foster legal actions against such legislation, are cancelled before they achieve their goal, or stay on the books for decades beyond their usefulness.

An example of the mischief that comes from government, are bills like the Rural Electrification Act of 1936. Originally designed with low cost loans, to encourage transporting electricity to rural parts of America,  Roosevelt, by executive order, created the Rural Electrification Administration. At the time, it was a great idea to get modern power to the farms and small rural communities, but like all government bureaucracies, has long out-lived its need.

Today the REA lives on channeling benefits to wealthy communities for the promotion of ski resorts, low-cost loans to big business, and has been responsible for nearly 60 years of discouraging research into alternative energies and conservation. REA loans almost $2 billion annually, and more than 60 percent of these loans will never be repaid because interest rates on the loans are less than the rates the government must pay to borrow money causing increases in the federal deficit. The Clinton Administration had the REA targeted for extinction back in 1994, but it’s still alive today operating on a 6.7 billion budget.

The U.S. Geological Survey (USGS) was established in 1879 to catalog the geology and mineral resources of the United States. Since 133 years have passed, I think it is safe to assume the mission has been accomplished. Not according to the bureaucrats in Washington who just can’t seem to find a tax they do not like, the USGS still gets $739 million taxpayer dollars per year. There’s absolutely no reason on earth that this agency shouldn’t be terminated at a five-year savings of $3.4 billion. It the government needs detailed maps that haven’t already been done, the task should be contracted out to the lowest bidder

The Public Health Service Commission Corps was created in the late 1800s to provide health care to merchant seamen. Let’s see…this program is well over 100 year old and its members still have military ranks, are paid according to Pentagon pay scales, and are eligible for retirement pensions after 20 years, but they haven’t been part of the military since 1952! Besides having nothing in their official capacity, the PHSCC  lobbied Congress to avoid service in the Gulf War.  This albatross of government spending cost taxpayers $452 million in 1994, and although less in recent years, would save taxpayers $625 million over five years. It is another redundant spending program whose services could easily be absorbed by other government agencies.

To the agreement of many, the Number one federal boondoggle lawmakers could eliminate tomorrow without hurting anyone at all is The Economic Development Administration (EDA), which duplicates the activities of at least 62 states and community development programs. The EDA will spend $350 million this year to spur local economic growth. A recent GAO study found the EDA had no impact at all in either new business development or job creation. Shooting down this turkey would save close to a billion dollars a year.

So, with the federal government leading by example, should we expect more from state governments? One might hope for more respect for fiduciary responsibility, but states seem to follow in the same foot prints.

A glaring example in contrast to the federal government’s appetite for creating never-ending programs is a state’s failure to acknowledge a much needed program like New Jersey’s Agent Orange Commission, killed when Gov. Christine Todd Whitman vetoed the commission’s miserly, $112,000 budget request, which effectively put it out of existence. Initially implemented in 1980, the Commission was organized to study the handling of New Jersey’s Veterans exposed to the toxin Doxin, through exposure to Agent Orange. It was thought the commission’s activities (but not its three-member staff) would be taken up by the State Department of Military and Veterans Affairs, but without a separate budget it died without achieving its goals.

The cause has been taken up by the Vietnam Veterans Association which has been instrumental in lobbying the Veteran’s Administration, DOD, and federal legislators to the way Agent Orange claims are processed, which diseases can be attributed to such exposure, and reassessing the number of warriors exposed to such contamination.  It has been an uphill and very costly battle left to the Veterans themselves. The AO Commission of the VVA has brought to bear support of other Veteran service organizations and kept all in the communication loop regarding legislation attempts, lawsuits, and rulings that affect the lives of those who have been exposed to Dioxin.

The point to make here is that whatever level of government is involved it appears to me that little thought is given to the long term consequences of programs that run amuck, non-existent oversight, or working programs that are ended before their goals are reached.  Once the government gets involved programs, they  seem to lose touch with those they are meant to help.

Like the Agent Orange Commission, FMERPA (Ft. Monmouth Economic Revitalization and Planning Authority) is no longer active following the creation of the Fort Monmouth Economic Revitalization Authority (FMERA) to provide investment, continuity and economic growth to the communities impacted by the federal government’s decision to close Fort Monmouth. The bill was signed into law by Gov. Chris Christie on August 17, 2010. FMERA will advance FMERPA’s Reuse and Redevelopment Plan for economic development, growth and planning, with a focus on technology-based industries  for the 1,126 acres that make up Fort Monmouth following its official closing which occurred in September 2011.

Initially I was contacted by former Assemblyman, Don Fitz Maurice regarding the Ft. Monmouth plans though a friend at the VVA Agent Orange Commission. Don told me of the opportunity for using part of the old military installation for Veteran programs, most notably the need for housing for at risk and homeless veterans, medical services, and other causes Veterans have grown famous for providing other Veterans.  His relationship with We Soldier On Foundation seemed to be the perfect vehicle, but like all non-government organizations (NGO’s), the focus quickly turns to funding. In short, if a successful program can be developed working with the FMERA, it will take access to vast resources of money to make it happen.

Over the years I have been working with the National Guard Bureau of International Affairs-State Partnership Program (NGBIA-SPP), developing international humanitarian aid projects in underdeveloped countries around the world. Since the collapse of the US economy however, we have focused our attention to Veteran issues and projects that benefit Veterans. I have become active in the Warrior2Citizen Transitioning Pilot program with the state of Georgia and DOD; the Silver Lining Villages program in Atlanta dealing with homeless Veterans and new techniques dealing with PTSD; the Living Military Museum in Mooresville, NC; and other projects of interest. When Don asked if I would be able to help the potential homeless solution and Veteran service at Ft. Monmouth, I told him we would give it a shot.

In March this year we embarked on a number of fundraising events developed around a Car Show, Arts and Crafts exhibition, Evening Concert, and Kidz Zone, which in short, becomes a family entertainment package. We scheduled four such events in the Mid-Atlantic area of New Jersey and eastern Pennsylvania. Our goal in the Mid-Atlantic Region is to raise the seed money that would assist the We Soldier On Foundation to move forward with FMERA to provide for Veteran services on the grounds at Ft. Monouth, and become a funding source for the VVA Agent Orange group to continue representing Veteran’s in the battle with the VA, DOD, Dow Chemical, Monsanto, and others over the AO issue.

To pursue our programs we need facilities large enough to handle events such as ours. Ideally using certain National Guard Armories fit the bill. In New Jersey however, we have run into some hurdles that at time, seem to be a lot to overcome.  Dealing with the Armories in this state have us dealing at the state capital level in Trenton with the MAVA (Military and Veteran Affairs office), and they want their pound of flesh. We have gone back and forth over the cost to use Armory property, when in fact, we are only needing to use the outside land only. We furnish our own generators for electricity, our own lighting, provide our own personnel (we also ask for NG volunteers in exchange for free admission to the event and concert for their families), and our own clean-up and waste disposal. In return we provide free admission to residents of local Veterans’s homes and a lot of goodwill and publicity for the community.

One would think dealing with a Veteran’s Agency, trying to raise money for a much needed Veterans’ project approved already by the state legislature, folks would bend over backward to assist us, and provide the facility on an “at-cost” basis. We, the event promoters, cover all the costs. We are hoping for more receptive welcomes as we forge ahead on our other scheduled events.

Our first event to be held at the Vineland, NJ Armory on Saturday, June 30, is the kick-off to bigger and much larger events including our August 25th program in Atlantic City featuring a state-wide clam chowder cook-off involving at highest rated restaurants in South Jersey which has become famous for its fine culinary offering. We anticipate coverage by the Food TV Network, judging by world famous chefs, and attracting major corporate sponsorship. This will open the door to gaining corporate sponsorship for the We Soldier On Veteran projects at Ft. Monmouth.

We believe our fundraising plan will help prevent the FMERA from going the way of the New Jersey Agent Orange Committee and provide the vehicle for future funding needs of Veteran projects.