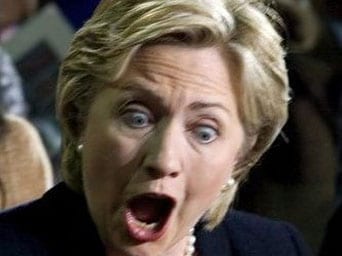 The siege mentality that successive teams of US policy makers have finessed to perfection in the last decade in Pakistan and Afghanistan was inspired by the famous Bush slogan ‘who is not with us, is against us’. Spurred by discovery ‘we have watches and they have time’, it crept into paranoia about the global forces of darkness conspiring against the Captain America.

For America the exceptional, foreign ‘partnership’ is just a euphemistic oxymoron for designated morons eager to be US minions to promote ‘the freedom agenda’ of the unipolar world disorder at the expense of their nations’ sovereignty and dignity.

Most of the time, the Disneyworld Order works just fine, but sometimes, somewhere …things happen and woe betide anyone who got in US way!

America is till in the Cold War mindset, you are either a slave dictatorship or you are subject to being named a “rogue nation.”  Worse still, America might conveniently find Al Qaeda hiding somewhere, and the drones will come, and whenever drones come, there is always one response, insurrection, always seen by America as a convenient outbreak of terrorism, albeit “incited.”

When Russian & American presidents came from their parleys right into the limelight of TV cameras zooming in, the telltale body language of the close-up has said it all: the ‘reset’ in bilateral relations, if it had ever been for real, was definitely out of the picture.

If there’s any tacit agreement between the opposite sides, this is it: the American/Russian strategic ‘partnership’ has reached an impasse. As far as why, opinions beg to differ.

Andrew S. Weiss, who won his spurs at NSC, DOD and the State Department, is no stranger to Beltway bandits and pundits, and therefore, is perfectly qualified to illuminate   Washington’s groupthink vis-à-vis Moscow’s stance.

As director of the RAND Center for Russia and Eurasia, he’s also supposed to reflect the intellectual rigor and integrity of the most prominent US think tank and demonstrate the virtues of unbiased Kremlinologist with a total immersion in Russian realities.

He titled his subtle invective “Putin’s Waiting Game”, implying that the Russian president is playing games with gentile naïve Obama and just biding his time for the next occupant of the White House to keep the log rolling.

It is hardly coincidental that his insinuation was parroted on June 26 by NYT editorial: “We’re not sure what kind of cynical game Russia is playing.”

Well, from the outset, the Kremlin-astrologists got it wrong twice:

Firstly, as the former CIA chieftain Leone Panetta used to say, ‘there’s only one game in town’ – in this case, the US Global Blame Game, aka Information Support Operation for R2P and ‘humanitarian’ interventions.

Secondly, you don’t have to be a KGB Colonel to figure out that a White House figurehead is whimsical dependant variable; in the meanwhile US foreign policy towards Russia is real constant, bolstered by non-negotiable bipartisan ideological dogma since the days of yore.

If there’s anything to wait for the Russian president, it has nothing to do with US November elections: American presidents don’t formulate Russian policy; they are just allowed to execute it.  Today that playground is Syria, where Putin is shuttling to meet Netanyahu while a Russia ship filled with attack helicopters and even more advanced air defense systems is on its way.  None of this has anything to do with Assad, a Cold War leftover, but rather a broader game that, as we have pointed out, nobody has informed anyone about yet.

They have to guess, will Assad be the victim, will it be Obama or even Turkey?  What deals have been cut already, what deals will be cut in Tel Aviv and with the American congress dancing to Netanyahu’s tune, what if Netanyahu is dancing to Putin’s tune?  Would’t that all be funny?

Well, despite all his credentials, the maven has badly failed to meet the expectations: his take was to tank rather than to think the imponderables.  Analyitical thought that creates meaningful analysis that is not already predetermined is the way one gets “disinvited” from the Beltway gang.

What could have been unvarnished analysis of the undercurrents, intricacies and complications in American/Russian entanglement, has been relegated to a thinly veiled character assassination leaflet against the Russian president.  The eternal unanswered question is the “why.”  No one inside the Beltway knows the “why” of anything, they  simply either react, obfuscate and cash checks.

However it’s tempting to engage the author in a verbal skirmish, if you put emotions aside and take a broad look, you might suddenly realize that given Andrew S. Weiss and the FP magazine bona fides, this ‘unofficial’ viewpoint says what the ‘official’ Washington thinks about its relations with Moscow – but, due to political correctness, is too gun-shy to articulate it openly.  FP, the voice of the Council on Foreign Relations always has one path it publicly takes, that is no path whatsoever, with the council having no other purpose than to operate as a warehouse for useless bureaucrats, simply phone in, just add water, and you get a mindless bureaucrat on demand.

However, don’t blame the messenger – sure, his message is ugly, but it betrays the true color of the White House attitude towards the Kremlin.  America sees itself as superior, knowing it is run by a far superior gang of oligarchs than Russia, with a longer and broader history of global misdeeds, from drug running to neo-colonialism to multiple simultaneous wars of aggression, some currently operating and more waiting in line for the drones and the overthrown governments, a generation in advance, perhaps even a century.

The sheer enormity of the challenge to ‘wait out’ the change of Washington attitude towards Moscow, is this – yes, Congress does rein in the US Foreign Policy, but American electorate, which is supposed to control the legislative branch, hasn’t expressed in unequivocal terms a long overdue need for change in Russian policy – yet.

Until that paradigm shift happens, our bilateral relations will remain hostage to the almighty ghosts of cold war which hold sway over Beltway.