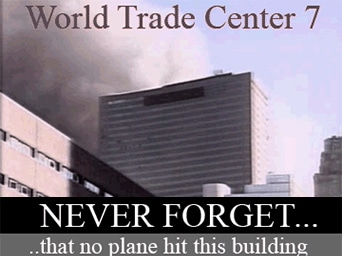 More Damage to the Veneer of the 9/11 Cover Up

RE: Your letter to Professor Emeritus Willers dated July 10, 2012

I have read your response to Prof. Willers, as well as his letter to you. His letter pertained exclusively to WTC Building 7. Your summary statement, “We are confident in the FEMA/ASCE and NIST studies, and the total lack of evidence of any demolition of the buildings, other than by crashing 767s into them,” obviously doesn’t apply to Building 7. However, that error can be excused as it was most likely an inadvertent oversight.

Subsequently, a 9/11 Consensus Panel[1] has been established with the purpose of providing the world with a clear statement, based on expert independent opinion, of some of the best evidence[2] opposing the official narrative about 9/11. As I am a panel member, I find it easiest to explain the significant change by referencing the best-evidence points pertaining to this matter.

1. “The Claim in NIST’s Draft Report that WTC 7 Did Not Come Down at Free Fall Acceleration[3].” This Draft Report of August 2008, and comments by the NIST project manager in conjunction with its release, Dr. Shyam Sunder denies the possibility the building came down at free fall.

2. “The Claim in NIST’s Final Report that WTC 7 Came Down in Free Fall Without Explosives[4].” Dr. Sunder had explained in August 2008 it was impossible to come down at free fall do to fire alone, that is, without use of explosives.

One additional best-evidence point is pertinent as well, “The Claim that WTC 7 Collapsed from Fire Alone[5].” The best evidence shows no steel-frame high-rise building had ever collapsed due to fire. Furthermore, the collapse of WTC 7 was sudden, straight down, and symmetrical. No legitimate peer review should have allowed such departure from empirical evidence to stand without extremely compelling counter evidence. The peer review apparently did not function properly.

The reasons for this deficiency are obvious when one realizes there was no peer review. David Ray Griffin, in his book The Mysterious Collapse of World Trade Center 7 (2010), tells of Dr. James Quintiere, a member of the advisory committee for NIST’s WTC project, saying in a lecture on the WTC investigations at the 2007 World Fire Safety Conference, “I wish that there would be a peer review of this….” But, NIST did not take his advice.[6]

To summarize the situation as the 11th anniversary draws near, the NIST Final Report of November 2008 stands alone on the side of the official explanation. A Google search reveals only one technical authority has spoken publicly on its behalf, and only once. Dr. S. Shyam Sunder, the NIST project manager, was the featured speaker at the Structures Conference of ’09, although the contents of his talk are not posted online. Dr. Gene Corley might be considered such an authority, but his recent commentaries have not delved into WTC 7. On the side of those questioning the official explanation are a number of highly qualified engineers. Some of the more prominent are:

If you wish to only consider structural engineers, an article quoting 29 structural/civil engineers is published on the AE911Truth.org website.

Architects, likewise, have questioned the official explanation. Some of the more prominent are:

With such an array of technical experts questioning the official explanation, it is well past time when professional organizations, such as the National Council of Structural Engineers Associations, should begin facilitating an open discussion on the issues dividing the two sides on this matter.

[7] Information about these and other engineers who question the official story can be found under “Engineers and Architects” at Patriots Question 9/11 (http://www.patriotsquestion911.com/engineers.html#Search)

[9] Information about these and other architects who question the official story can be found under “Engineers and Architects” at Patriots Question 9/11 (http://www.patriotsquestion911.com/engineers.html#Search)