“When American intelligence officials not connected with the false-flag attack became aware of the scope of the plot, a conflict began between the JSOC (Joint Special Operations Command) and NSC (National Security Council), in effect the advisory board of Israeli/Americans that formulated policy and were, in fact, the inventors of, not just the “Global War on Terror,” but also stand accused of coordinating actual terror attacks against Americans.” 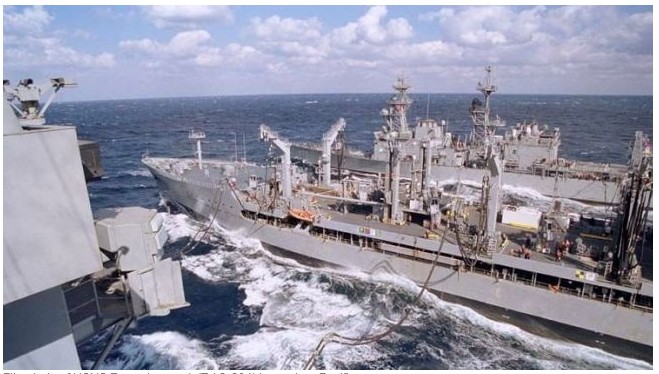 The US Fifth Fleet, based out of Bahrain, fired on a small sporting boat just outside the Dubai port of Jebel Ali. One passenger was killed and three others injured.

US officials claim they had “issued warnings,” but failed to say what those warnings were.

This region of the Persian Gulf has very heavy boating and shipping traffic and is a center for sport fishing. It also hosts thousands of sail boats, luxury yachts, and sport fishing craft.

In 2005, Americans, garbed in “Islamic Guard” uniforms operating three Zodiac-type boats, approached American ships in the Persian Gulf. At the same time, radio traffic was generated under the identifier “rabbit” and was claimed to be containing threats and taunts against the American Navy.

These signals came from sources working with the US “false-flag” team, sources inside the security services of Bahrain.

Simultaneously, the government of Bahrain reported to their US-based liaison, not local commanders, that they had intelligence that local Shia clerics were working with the Republican Guard to stage an attack on facilities used by off-duty Americans.

However, USMC security forces had their own sources. Their informants inside the Bahraini security services told them of the White House involvement and named an American naval officer as liaison on this “false-flag” attack, intended to kill between 50 and 100 or more American military personnel.

When American intelligence officials not connected with the false-flag attack became aware of the scope of the plot, a conflict began between the JSOC (Joint Special Operations Command) and NSC (National Security Council), in effect the advisory board of Israeli/Americans that formulated policy and were, in fact, the inventors of, not just the “Global War on Terror,” but also stand accused of coordinating actual terror attacks against Americans.

Most of the NSC came directly from the Project for a New American Century (PNAC), a group that had openly advocated a “Pearl Harbor” type incident to push forward an “American agenda” in Central Asia. A current school of thought, one now very “mainstream” is that the PNAC and its successor, the Bush/Cheney NSC and JSOC, not only falsified intelligence on weapons of mass destruction and terrorist organizations, but also planned and executed, with help from several foreign intelligence agencies, MI6, the Mossad, the DVD, and others, actual terror attacks, including 9/11, 7/7, Bali, the USS Cole and others, some predating George W. Bush’s presidency and some continuing into the Obama administration.

This offers two directions for analysts, that Obama is continuing the tradition of false-flag attacks or that “privatization” of military and intelligence capabilities under Bush has undermined the authority of the US military and intelligence capabilities, allowing them to, in fact, attack the US and allies when such an attack serves the long-range goals of Washington “think tanks” that formulated “neocon” policies.

The biggest part of real evidence supports this last supposition, one beyond the scope of any domestic or international oversight and beyond the scope of any media organization to safely address. To verify this, we suggest that any correspondent, looking for answers, ask Dr. David Kelly. We can supply more names, many more, all reachable under similar circumstances.

The US claims they fired on the Dubai-based sport craft, thinking it was an “Iran’s Islamic Revolution Guards Corps” boat. Such boats are, at times, depicted as carrying Silkworm missiles, a feature easily identifiable from any distance as the missile is nearly as large as the boat itself.

As no such claim has been made and the boat is docked in Dubai, the issue of potential threat against an American Naval vessel is obviously unfounded. This leaves two assumptions, one that the Americans responsible operated outside command authority or that this was an attempt to precipitate a confrontation with Iran, a confrontation spoiled when the boat evaded destruction and managed to return to Dubai with survivors.

Were the boat to have sunk, reports may well have listed this as a “confirmed attack” much like the false stories, the US Navy used to cover the USS Liberty and Tonkin Gulf incidents, both “staged” attacks intended to bring the US into wars under contrived circumstances.

In 2005, the US Navy, under special authority of the JSOC, confirmed by high-level military and civilian officials, attempted a “false-flag” terror operation, using such a craft.

Confirmed sources at the White-House level tell us that the Bush administration attempted, in both 2005 and as late as 2008, to stage its own attack on American forces.

These are all consistent with the use of the Navy’s resources in “false-flag” incidents. Both Pearl Harbor and the sinking of the USS Maine were highly suspicious as was the sinking of the Lusitania in 1915 and the downing of PanAm flight 103 over Lockerbie.

Each of these other incidents, along with a dozen more, have aspects of cover-up and disinformation in their final analysis. What is established is a pattern of using the Navy’s resources of the US or US personnel overseas as pawns in globalist financial ventures, involving drugs, weapons trading, and oil.

We may have “ducked a bullet” today when the small craft from Dubai made it back to port.

The “backchannel rumor mills” of the intelligence community still list the Olympics as a potential terror target. One story, already floated, blames the MI5 and MI6 for failure to monitor “Islamic terror networks” that never existed over an attack on the London Olympics that is yet to occur. If I am not mistaken, a committee to investigate potential Olympic-time attacks has already been notified and findings have been written, but not published.

This is convenient as such attacks have not yet happened and may never happen.

Do we then need another committee to investigate the waste of resources?

The infamous “cat-and-mouse” games in the Persian Gulf in 2005 and 2008, some of which are confirmed to have been “American on American” or “American on Bahrani,” are, it seems, in motion again.

The Bahraini regime stands ready to help stage attacks on Americans, particularly after their violent suppression of their Shia majority using troops from Saudi Arabia, the UAE, and Kuwait.

They have much to profit from if there is war against Iran.

We still have those who witnessed the Bush-era attempts to stage a war through false-flag attacks. In order to silence those involved, some were indicted on phony terror charges, security clearances were revoked, unusual death occurred, and others were simply silence under the aegis of career pressure.