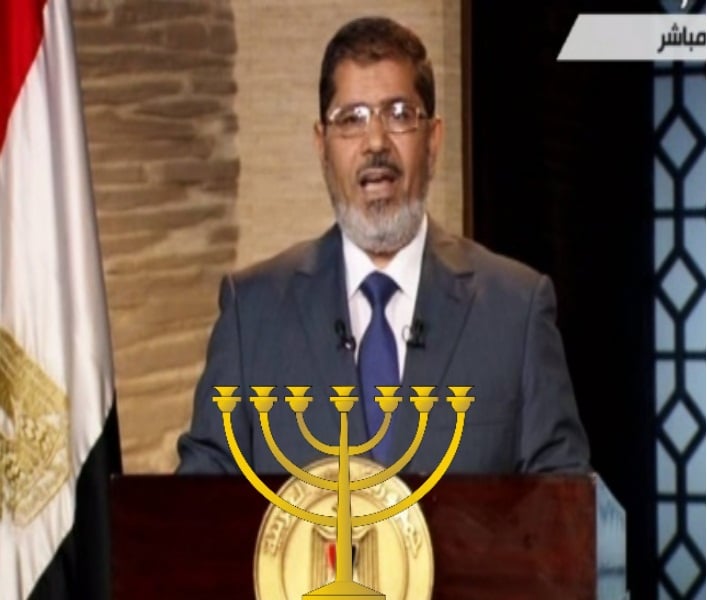 Israeli TV has lately screened one of a new series of ads, sponsored by The Temple Institute, which promote the so called “rebuilding of the temple mount.

The video titled ‘The Children are Ready’ is causing a lot of controversy amongst Egyptians, especially users of Twitter, facebook and YouTube who saw the video as an insult to their president.

The proposed location for this temple mount is very provocative, for it is the site occupied, since 705 CE, by the Al-Aqsa mosque, one of the holiest places for Muslims on earth.

Muslims believe that Muhammad was transported from the Sacred Mosque in Mecca to al-Aqsa during a miraculous Night Journey. While Judaism regards the Temple Mount as the place where God chose the Divine Presence to rest. Both explanations are really cool.

Anyway, for this “temple mount” to be built, Al-Aqsa mosque has to be demolished. It is as simple as that.

And as a matter of fact, this dangerously ambitious plan is what the Israeli governments have in mind as the non-stop digging underneath the mosque has been going/eroding the foundation of the mosque in the name of archeological excavations for almost four decades now.

The Israeli archeologists know they won’t find/stumble upon any Hebrew relic, but they hope that, thru their ruthless digging under the mosque, they would contribute to the Zionist cause of undermining the Arab/Muslim identity of the old city of Jerusalem. All part of an undergoing plan for the judaization of Palestine

In the video, an Israeli family in a relaxing outing at the beach, only the father is not so relaxed.

While he is totally consumed with reading news of the Syrian unrest and the newly elected president of Egypt, Mohamed Morsy, his kids are having fun building what, on first glance, seemed to be as an ordinary sandcastle.

But upon completion of their work, the boy and the girl haven’t just built any castle. They built something very close to the design of the temple mount, the Israeli media have been promoting for ages now.

Enthusiastic and extremely thrilled by their accomplishment, the kids drag their reluctant father out of his chair and preoccupation with what is going on in Egypt and urge him to take a look at their sand model of the “temple mount”

Speechless and stunned by the kids’ vision clarity and powerful expression, his fears of an Islamist president of post-Mubarak Egypt suddenly seemed groundless and somehow childish.

And still in his dumbstruck mood, the paper slips through his fingers, and falls to the ground, in a slow motion shot, where it thoughtlessly sets close to his feet, highlighting the photo of Mohamed morsy, the new president of Egypt.

There are actually three messages in the video. The first one is simple and straightforward; the newly elected president of Egypt, whose affiliation to the Muslim Brotherhood (MB) and support for Hamas that have left a lot of Israelis worried lately, won’t hinder the Zionist dream of Judaizing Palestine.

The second message is somehow subdued and mainly addresses the western audience of Zionist Christians and Jews who are being brainwashed, since 9/11, with the idea that the Islamists are the new bogeyman/ enemy of the west and Israel.

The third one is to Embarrass the new president of Egypt, especially that Tel Aviv is fully conscious of the deep divide amongst the Egyptians themselves regarding Mr. Morsy and their doubts of his hidden MB agenda for the most important country in the Middle East.

But the buzz this video has created on the social web sites has clearly shown that while Egyptians, after toppling Mubarak, are willing to criticize whomever will occupy the presidential palace, they remain staunch in their rejection to any disrespectful remark that would touch the Egyptian presidency, especially if it was Israeli.