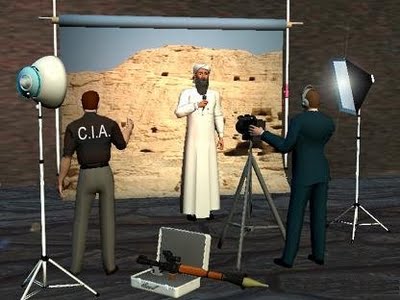 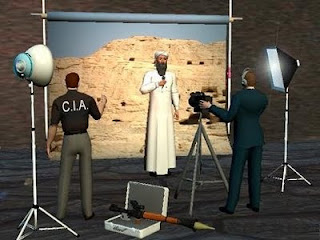 Former al-Qaeda leader, Osama Bin Laden, who has always been depicted by Western media as the United States’ worst enemy, always trusted the Qatari al-Jazeera agency to publish his messages to the world and now the two mentioned news agencies are exclusively broadcasting the armed foreign insurgents’ messages to the world including footage of Iranian pilgrims kidnapped by these terrorist groups.

Press TV has conducted an interview with Kevin Barrett of the Muslim-Jewish-Christian Alliance from Wisconsin to further discuss the issue.

Press TV: Mr Barrett, your take? If we look at this situation right now, let us say the story about Syria, it almost appears that it is so many different stories taking place depending on what network we actually turn to, to see what is really unfolding in Syria.

What has happened as far as in actual reporting, what is going on in the news industry? We have seen a deterioration of independent news journalism it seems, especially from the mainstream media since 9/11.

What is your take on this? What exactly has happened?

Barrett: Well, it is true, it got much worse after 9/11, but this really is not anything new. We have seen the American foreign policy establishment almost completely controlling and dominating big American media as far back as a coup in the early 50’s in Iran, when the Prime Minister Mosaddegh was overthrown.

We have seen the same pattern repeat itself with other major foreign affairs issues, certainly the Kennedy assassination is a big one. President Kennedy was on a path to total disarmament and he was killed by the hardliners in the US military and industrial complex, with the complete complicity of the big American media.There is actually a clip you can watch of I think it is a CBS reporter, if my memory serves, on the morning of November 22, 1963 stating that the President is likely to be killed by a lone nut because there is not good security in Dallas. This was broadcast just hours before the president was killed ostensibly by a lone nut.
Ed. note: The clip is in Evidence of Revision; Cord Meyer, chief of the CIA’s media-control program Operation Mockingbird, was named as a key player in the JFK assassination in the deathbed confessions of E. Howard Hunt:

And as for the 9/11, anybody who Googles WTC7 BBC, can watch the BBC reporting the controlled demolition of building seven, although they did not call it that, 20 minutes before it happened.

So this kind of media complicity in key foreign policy actions, especially of the black ops variety is an old, old story and it is obviously still going on in Syria.

Press TV: We know that a couple of members of Aljazeera resigned earlier this year because what they saw as biased reporting on Syria.

What does that say exactly to that degree that top people in a news organization could not tolerate even working there any longer because of what they saw, biased and sometimes even ‘creation’ of new stories against Syria?

Barrett: Well, it is pretty ironic because when Aljazeera was first created, it hired these same kinds of people who were journalists with integrity, who did not like working as propaganda mouthpieces for these various Arab regimes.

And Aljazeera started off with a bang and these people did report with integrity and there are some good Aljazeera reporters, but I think that they have degenerated over the past decade.

I have actually had some contact with people of Aljazeera, there were folks there who wanted to do a story on me and the 9/11 truth movement in the USA and that was canceled by top management who told them they simply could not touch that topic and the Aljazeera source told me, the direct quote from his email to me is, “Aljazeera is not what you think it is.”

And looking back in retrospect now all of that hyping of al-Qaeda, where they are constantly showing you Bin Laden tapes, that was part of the Western intelligence operation, which the Mossad and elements of the CIA were perpetrating to deceive the world, to make the world believe that somehow Bin Laden who was not even ever indicted by the FBI for 9/11 was guilty of the 9/11 attacks.

So, Aljazeera has been in bed with the Western intelligence services, for at least the past decade and that should not surprise us since the nation of Qatar is basically one big US military base

Press TV: Do you agree with what our guest (Roula Talj) in Beirut has said that a lot of it is related to the military complex? Do you think that with some of the mainstream media or corporate media I should say, that it is hand in hand with certain Western governments that it is working, for example, as she said, to cause conflict in order to sell more weapons or to destabilize the region?

How do you see it? What is the real reason behind this?

Barrett: I think the guest is absolutely right.

The strategy is being set by the hard line Zionists in Israel.

They want to destroy all of these Middle Eastern states, break them into much smaller pieces that could never be a threat to Israel.

So that is the grand strategy that is being played out, but

it is the US that is actually implementing that strategy because unfortunately the US is currently completely controlled by the Zionists who instigated the 9/11 coup d’etat to consolidate their power here.

So, yes the military industrial complex is full of corrupt people who were happy to take money to build weapons and murder huge numbers of people.

and I think that we have to keep in mind, especially, when we are talking to the American people and tell them that they have been bankrupted and bled dry by these hard line extremists Lukudnik Zionists who murdered 3000 Americans in the twin towers on 9/11.

If the American people ever figure that out, we will stop this crazy destabilization of the Middle East.