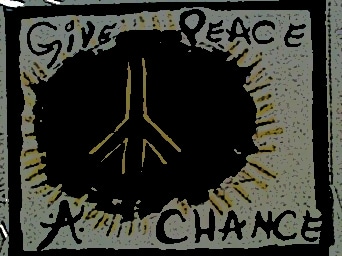 RootsAction.org, Just Foreign Policy, Veterans For Peace, and Military Families Speak Out have launched a campaign at http://StarsEarnStripes.org targeting NBC’s new program, “Stars Earn Stripes,” which the network is advertising during its Olympics telecast. The show will debut on August 13th.

Veterans For Peace is holding its national convention in Miami, Fla., August 8-11. VFP President Leah Bolger said, “Retired General Wesley Clark should be ashamed of himself for his role in promoting this ‘reality’ show. He knows better than most that war is not a game played by contestants. In a promotion for the show, he tries to impress us with its realism ‘…live ammo, real explosions and real danger….’ How ironic that PFC Bradley Manning has been in jail for more than two years for letting the public see the real truth of war, while NBC makes a profit out of making it into entertainment.”

Military Families Speak Out Board Member Sarah Fuhro said, “Having my son return from two REAL wars in Iraq and Afghanistan, with the cost of war carried in his body and heart, I find this deeply offensive. Having met wounded children and refugees from these and other wars, I find this disgusting. I hope NBC will reconsider this form of entertainment.”

Military Families Speak Out Member Anna Berlinrut said, “As the mother of a Marine about to deploy to Afghanistan for his 6th mission in harm’s way, I find trivializing war to be horrendous and profit making from war to be a crime.”

Just Foreign Policy’s Robert Naiman said, “It’s breathtakingly bizarre that NBC is promoting a ‘reality TV series’ glamorizing war at a time when 87,000 American soldiers are fighting in a real war in Afghanistan that lost the support of the majority of Americans a long time ago. If NBC wants to show Americans what war is really like, they should take their TV cameras to a military hospital, and ask the people they meet there what they think about keeping tens of thousands of American soldiers in Afghanistan indefinitely, or what they think of the plans of some people in Washington to start a new war with Iran.”

RootsAction’s Campaign Coordinator David Swanson said, “‘Stars Earn Stripes’ is a reality show cohosted by retired U.S. General Wesley Clark, co-starring Todd Palin, and with no apparent role for reality. The ads brag about the use of real bullets, but depict war as a harmless sport. Celebrities paired up with soldiers competing at ‘long-range weapons fire’ is not a continuation of the Olympics. It’s a normalization of war that erases the death and suffering.”

The words “War Is Fun!” were added by the campaign into a promotional photo sent out by NBC.