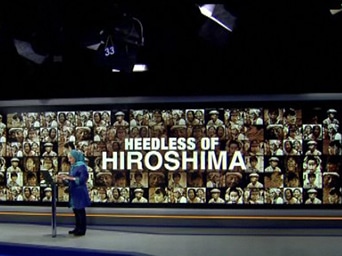 An interview with Gordon Duff, Senior Editor of VT 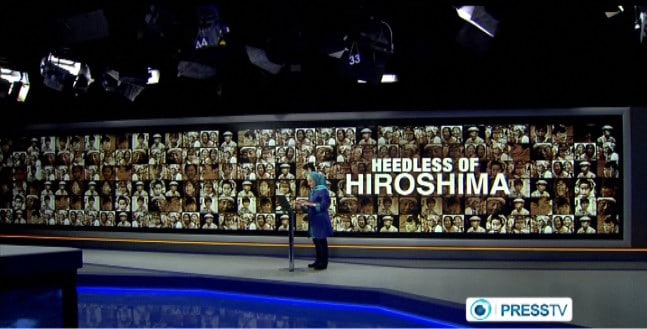 …the US has produced approximately 600 micro nukes, some of them smaller than a soccer ball, with the capability as low as a single ton of TNT dialable up to 40 tons of TNT. There is evidence that those weapons have been used in Iraq and Afghanistan. Studies have found uranium 235 to be in the bodies of the population there.”

The United States’ use of powerful genetic weapons such as depleted uranium on the battle field is in violation of every conceivable international law, says an analyst.

Depleted uranium has a half-life of 4.5 billion years and has thus earned the title “The silent killer that will never stop killing”.

Shells, bombs and cruise missiles tipped with depleted uranium and tungsten easily pierce through heavy armor and fortifications. Air, water and soil are also contaminated when such weapons are used.

Dr. Doug Rokke, the ex-director of the Pentagon’s Depleted Uranium Project, says there is no way to totally decontaminate an area hit with uranium. (Editor:  Comprehensive video from 2002, demonstrating our decade plus DU cover up.  Please forward and watch as much as possible.)

Serious long-term health problems caused by the use of depleted uranium in bombs can range from cancer to leukemia and genetic mutations.

The United Nations has prohibited the manufacture, testing, use, sale and stockpiling of depleted uranium weapons.

A great proportion of all births in Fallujah since the strike have suffered from abnormalities and the rate of mutation among newborns is higher than what was found in Japan after America attacked the Asian country during the Second World War.

Press TV has conducted an interview with senior editor of VT (VT) website, Gordon Duff, to further discuss the issue.

Press TV: Gordon Duff, when we are speaking about the reasons why not a single country has gotten rid of its nuclear weapons, some people are saying this is about nuclear superiority, a kind of deterrence as our guest Linh Dinh there was saying as well, the issue of guaranteeing the security of a nation when it comes to how officials describe it. Basically what do you think are the reasons and could you say that there is any strategic value in keeping nuclear weapons?

Duff: Well there are a couple of different levels to look at this. We left two nations out, Pakistan and India, and they are of the highest risk of nuclear war than any two nations on earth.Most people don’t know that since 1982 Brazil has held between ten and twenty nuclear weapons that they have developed.

Japan has an interim nuclear capability in that they are sitting on tons of enriched uranium at a facility in a…prefecture…and bombs that are ready to assemble but not assembled.

They have decided though that they have the capability not to exercise that capability, which is in interim standing, that some have suggested would be a position that they could live with involving Iran.

The issue that is brought up by a previous speaker, however, is that we have thoroughly seen in the last year that nuclear power itself can be as harmful as nuclear weapons.

That although nuclear weapons supposedly have secured peace through mutual assured destruction, every nuclear facility in the world leaks radiation and the nuclear industry is so powerful it suppresses bad news.

Press TV: Gordon Duff, a lot of people have been saying the United States has been spending so much, hundreds of billions of dollars to maintain its nuclear arsenal, to repair them, to produce new nuclear weapons, we’re asking is it worth it?

We’re hearing some generals in the air force, elsewhere, even in the nuclear industry, saying that the cost of maintaining these stockpiles that are not even used, are not even on the alert status, is just too expensive now for the United States?

Duff: Well, there is an additional issue that people that don’t work in the defense industry aren’t unaware of, but the US has produced approximately 600 micro nukes, some of them smaller than a soccer ball, with the capability as low as a single ton of TNT dialable up to 40 tons of TNT.

There is evidence that those weapons have been used in Iraq and Afghanistan. Studies have found uranium 235 to be in the bodies of the population there.

Plus, of course, you have to count depleted uranium munitions as a form of nuclear weapons. We have used thousands of tons of these munitions which have long-term health effects on the entire planet, have raised the radiation levels of the entire Middle East and spreading much further than that.

This problem runs much further than guessed. Our nuclear technology has allowed tactical nuclear weapons to become not only so commonly used but they are now being used in place of conventional weapons because new tactical nukes leave no residual radiation that can be detected by conventional Geiger counters.

I have that information from individuals who worked in our research labs. We have used those weapons on countries in the last few years.

Press TV:  Gordon Duff in Ohio, would you say that we are not going to see any serious move towards nuclear disarmament in spite of the hopes that people express in Japan on this 67th anniversary of the Hiroshima, Nagasaki bombings?

Duff:  Well, I think one of the things — and this is an issue I would put to the Japanese people — if they would correct their own history books which are as edited and inaccurate as those of Israel or the United States. Japan exploded its first nuclear weapon August 5th, 1945.

The uranium that was used on Hiroshima was from Sweden. It was being shipped to Japan and it was intercepted by the US. It was planned by the Japanese to be used at a nuclear attack on San Francisco. Japan had a very advanced nuclear weapons program at World War II, far more advanced than Germany.

(Press TV Interview, August 7,2012 on US Military Hospitals in Afghanistan)

Japan’s policy was to attack the US. Now they just erased that from their own history.

We have 50 different munitions using depleted uranium and it is a powerful genetic weapon. It is being sold needlessly as a profiteering move as waste products by the nuclear power industry and their powerful lobby within the United States.

These weapons have no place on the battle field and they’re a violation of every imaginable international law.