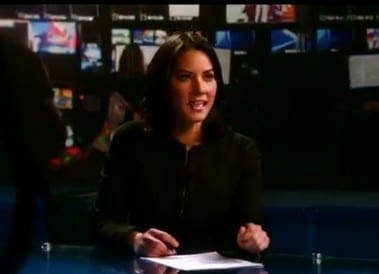 As a result, the country very nearly lost the state of South Carolina. Those deadly  Plutonium cores were jerked out of those three big Duke Power reactors so fast it would make your head spin.

Undaunted, unbowed and too ignorant to be afraid, the President of the United  States asked the President of a Japanese utility, the Tokyo Electric Power Company (TEPCO,) to run the “test” of the Plutonium fuel.

Now, what are you going to do when the President of the US asks you for a favor?

Here’s what happened, perhaps as a result of President Obama’s political dabbling  in real life-or-death physics. This stuff gets real serious real fast.

These “brave” characters inhabiting an imaginary newsroom on the set of “THE NEWSROOM,” an American TV series are closer to the reality of Japan’s sabotaged reactors than their real life news reader counterparts will ever be.  Five hundred eighteen days into the continuous reactor meltdowns and global dispersion of reactor cores; it’s a direct choice for “Gruesome Death” made by the pro-nukers. The deed is done and cannot be reversed.

MOX stands for Mixed Oxide Fuel. The very poisonous bomb grade Pu 239 is taken from Hydrogen Bombs and mixed with Uranium to form pellets for fuel rods for nuclear  reactors. The fuel rods are about five (5) meters or 16 ft long and as big around as a person’s thumb.

Pu 239 is very hard for bomb makers to work with and tends to go off by itself, which makes for a really bad day. The manufacturing of Hydrogen Bombs is a very nasty business in any country. Putting extra Pu 239 in nuclear reactors to boil water for steam is insane.

How many Lethal Doses of radiation from radioactive particles are in our air just from Fukushima Daiichi’s trashed reactors? As of Jun 29, 2012 Dr. Paolo Scampa, a noted physicist stated:

“… [about Fukushima reactors exploding]  … occasioning a prodigious explosion of radioactivity and radiotoxicity which over time, is several times the amount needed to kill by internal contamination the whole human race.” – Dr Paolo Scampa, PhD., Nuclear Physicist.