Home Veterans To Bomb Or Not To Bomb 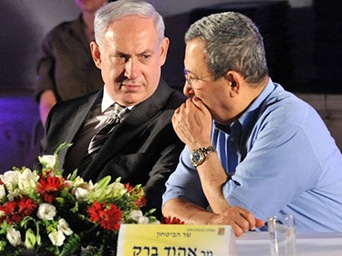 Israel’s Prime Minister Netanyahu and Defence Minister Barak have been working hard to find sympathy for their craving to bomb Iran.

So far they haven’t been able to convince eight hesitant senior ministers; and according to Haaretz, have attempted to convince the Israeli public of the imagined danger to their security.

Apparently the public can’t decide whether a war against Iran or nuclear weapons in Iran’s hands would be more dangerous. Commented Haaretz’ editor, “The goal might be democratic, but the method is demagogic.”

Unfortunately, even Haaretz–often honest about Israeli politics and politicians–loses its integrity with some issues. One such issue is the goals ascribed to Iran.

Instead of honest reporting, Haaretz’ editor writes, “Iran is extremist and openly seeks Israel’s destruction.” To call Iran extremist, without a point of reference, is as demagogic as they attribute to Netanyahu.

What’s more worrying is the proven propaganda in the claim that Iran “openly seeks Israel’s destruction.” This fear-mongering has long been found false by honest interpretations of remarks by Ahmadinejad.

Dan Meridor, Israel’s Minister of Intelligence and Atomic Energy said in April, “Mr. Ahmadinejad and Iran’s ruling cleric, Ayatollah Ali Khamenei, had said repeatedly “that Israel is an unnatural creature, it will not survive. They didn’t say, ‘We’ll wipe it out.’”

In the same issue of Haaretz (August 12), Gideon Levy writes of the fallacious assumptions girding the warmongers.

A comment by Levy intended for the likes of Netanyahu and Barak leaves no doubt that Israel is rife with warmongers. Their approach is opportunistic:

“First they inflame the demonization and sow fear and paranoia, with the Holocaust and a second Holocaust always in the background. Then they launch a preaching campaign to convince people there’s no choice, something-must-be-done. They beat the drums of war and urge its commencement.” 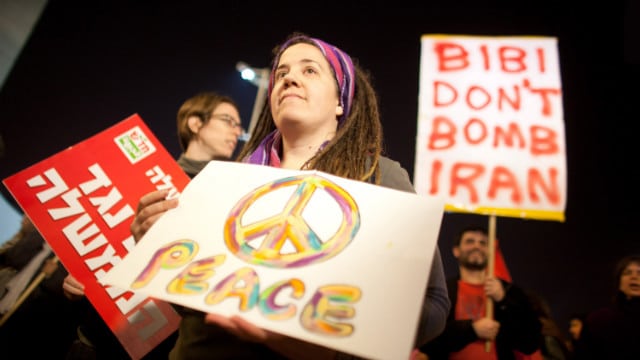 Responding to the argument that Iran will spur other states in the region to develop nuclear bombs, Levy notes, “As though there wasn’t another state in the area, not Iran, which began the nuclear race.”

Levy never admits openly that only Israel has nuclear weapons in the Middle East, he merely alludes to that truth. He simply can’t come clean with the whole truth.

The most liberal Israeli could say, emphatically, Iran has ZERO nuclear weapons. Israel has 200-300 bombs ready to go!

In his article “Bomb Iran Fever” Pepe Escobar summarized this succinctly: “The IAEA, US National Intelligence Estimates (NIEs), and even Israeli intelligence know there is no Iran nuclear weapons program. Russia–which has thousands of technicians in Iran–also knows it.”

Yoram Kaniuk, another Haaretz writer castigates Israelis for being loyal to the lunatic Bibi Netanyahu: “He is a Sicarii in a tie. When he talks about Iran he sounds the way false messiah Shabtai Zvi must have sounded.

In ancient Israel, the Sicarii were a suicide prone sect who didn’t mind taking fellow Jews with them to death.

Netanyahu “is suffering from megalomania. Iran for him is like a demon that has to be attacked so he can die and conquer the mountain (Masada, a mountaintop fortress where 900 Jewish zealots held out against 5000 Romans).”

It’s important to keep in mind that the labels ascribed to Netanyahu—lunatic, megalomaniac, zealot, false messiah—came from other Israelis.

In contrast, Netanyahu’s cheering squads in America provide standing ovations when he speaks and propaganda echo chambers for his words.

Realistic Israelis may provide the only hope for avoiding war with Iran.