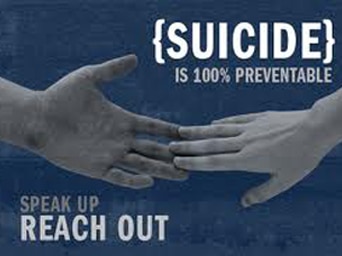 (Reuters) – Twenty-six active-duty soldiers are believed to have committed suicide in July, more than double the number reported for June and the most suicides ever recorded in a month since the U.S. Army began tracking detailed statistics on such deaths.

During the first seven months of this year, there were 116 suspected suicides among active-duty soldiers, compared to 165 suicides for all of last year, the Army said. The military branch reported 12 likely suicides during June.

The monthly totals for 2012 include confirmed suicides and cases still under investigation, the Army said.

Twelve reserve soldiers who were not on active duty also appear to have killed themselves in July, bringing the yearly total for that group to 71 suicides.

The Army, which has collected in-depth monthly suicide data since January 2009, confirmed 118 suicides among members of the branch’s National Guard and Reserve components in 2011.

“Suicide is the toughest enemy I have faced in my 37 years in the Army,” General Lloyd J. Austin III, vice chief of staff of the Army, said in the report released on Thursday.

“To combat it effectively will require sophisticated solutions aimed at helping individuals to build resiliency and strengthen their life coping skills,” he said.

The uptick in the number of service members and veterans taking their own lives continues to trouble military leaders.

Testifying before the House of Representatives Armed Services and Veterans Affairs committees, Defense Secretary Leon Panetta last month described suicide as “one of the most frustrating problems” he had come across in his role.

The Defense Department says it has made suicide prevention a top priority. More behavioral health care providers have been added to front-line units and primary care settings, and leaders are seeking to reduce the stigma associated with mental health treatment.

In a separate report, the Marine Corps recorded eight suspected suicides in July, up from six in June. That brought the number of suicide deaths to 32 for the first seven month of 2012, equal to the 32 total such deaths in 2011 but so far fewer than the 52 suicides recorded in all of 2009.