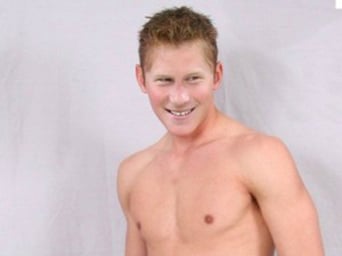 It’s good to see the US media asking questions the tremulous British media dare not ask. Why did HRH Prince Harry’s police protection officers permit those photographs to be taken and who is covering their backs? It is inconceivable that the officers took the decision to permit the principal to be compromised without sanction from higher authority.

Just for once it would be nice to see the higher-ups in the soup instead of the guys at the coal face, at the risk of mixing my metaphors! The Commissioner of the ‘Met’ is clearly going to have to go. Even if he didn’t sanction the withdrawal of protection from Prince Harry it happened on his watch. The same goes for the Home Secretary, who is useless anyway, no offense intended. There have been far too many royal protection scandals over the years, starting with the attempted kidnap of HRH Princess Anne.

In practice the Commissioner of the Met reports to the Cabinet Office, not the Home Secretary, who is a ‘here today, gone tomorrow’ politician. The last serious Home Secretary in this country was Winston Churchill, before the First World War. If the photos were sanctioned by the Cabinet Secretary then he too will have to go, with respect.

The financial arrangements for the photographer(s) will need to be inquired into closely, together with their motives. As always with compromising piccies the big questions are who took them and why? We need to absorb the lessons of the Abu Ghraib scam.

Nobody in the UK, with a brain at any rate, (there are always the global warming believers), is buying into the Sun’s claim that the decision to violate Prince Harry’s privacy was taken by the editor without consulting Rupert Murdoch. Apart from anything else the Sun was risking substantial damages, for the emerging tort of breach of privacy, or under the Human Rights Act 1998. Since Murdoch is fairly close to Peking one way of getting back at him would be to smack Peking about. It is high time we recognised Taiwan in any event.

With a failure of security on this scale there is no way you stick with the existing arrangements. The obvious alternative is to reduce the police to the status of back-ups, to be deployed in the UK only, with the Royal Family protected by armed security officers from the Services. Politicians, who are much less important, and whom hardly anybody would wish to attack (why would your enemies attack your weakest people?), could continue to enjoy second-rate, ie police, protection.

Hopefully the scandal will accelerate moves to restore the income from the Crown Estate to the Crown, and transfer ownership of the Royal Palaces to the Queen. Many Americans might be surprised to learn that the Queen doesn’t actually own Buckingham Palace, save in the sense that all land in Britain is held on title from the Queen. The Queen subsidises Her government to the tune of about $150 million a year. That nonsense needs to stop, as does the influence wielded over the Royal Household by the effective Cabinet Office veto over senior appointments.

Just as the Royal Family is the most revered institution in Britain, so the Cabinet Office is arguably the most hated. It really needs to be brought into line. Conservatives are looking at ways of smacking them about.

There are signs that the England and Wales Cricket Board is starting to cool down. There has been a huge backlash against the decision to sack Pietersen, after which England lost the Third Test. Bairstow, his replacement, was out for 3 in yesterday’s (August 25th) Twenty20 final at Sophia Gardens, a lovely ground. His batting average to date – 37 – and top score of 95 is a fair reflection of his ability, as is Pietersen’s average of 49 and top score of 227. Bairstow would be a good choice for limited overs cricket, his specialty, but is a much weaker Test player than the great KP.

South Africa’s role in humiliating England by getting us to enforce their racial quotas (KP was driven out of South African cricket by quotas) means that the UK will be looking to humiliate the South Africans and the ANC in particular. They know the rules. KP is a major player, so a major ANC figure needs to be taken down in return. I daresay plans are already being drawn up to hit the ANC, but there will be a lengthy delay, for the usual deniability reasons.

The argument being touted by pro-ECB stooges in the media that KP cannot play for England as he was brought up in South Africa is risible nonsense. You may as well say that Sid James could not appear in the Carry On movies, or that Sailor Malan could not shoot down community partners in the Battle of Britain.

Very sad news about Neil Armstrong. He was a man greatly admired in my country. Daring, a brilliant pilot and astronaut and a man hugely committed to space exploration, we need more like him. The best tribute to his memory would be to go to Mars and the planets beyond. As I observed to NASA in 2009 it would be much more difficult to cancel space programmes if the UK were involved. Our own space programme, currently, is a joke. I would like to see us join with the US in a manned mission to Mars. Ion engines are the obvious propulsion and nuclear fission the obvious power source, given current technology. We also need a new generation of shuttles, with HOTOL.