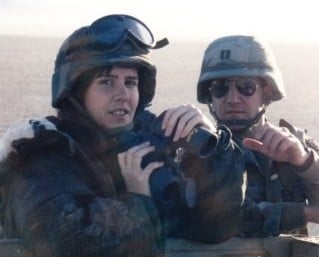 I just broadcast a 90 minute interview with Veterans Today editor and hunted US government whistleblower Gwenyth Todd (to be archived here later today).

Gwenyth Todd is the highest-level former US government operative I’ve yet interviewed. A White House Middle East policy adviser under Clinton, she was personally recruited by Richard “Prince of Darkness” Perle to become the Bush Administration’s geo-strategic adviser to the Admiral(s) running America’s crucial 5th Fleet in Bahrain. Unbeknownst to Perle – who thought she was a loyal neocon – Gwenyth agreed with the first Admirals she worked with to undermine neocon plans to arrange a war-trigger incident vs. Iran. When the neocons replaced the loyal admirals with potentially treasonous ones, and set up a false-flag operation to trigger a 2007 war on Iran, Gwenyth violated direct orders by alerting loyal officials in the State Department, stopping the false-flag warmongers in their tracks and possibly saving the lives of hundreds of US sailors. In retribution, she was targeted for legal and extra-legal harassment, and had to flee for her life to Australia, where the harassment continues. (She was prevented from recording this show for several hours by apparent telephone and internet jamming – and the moment she suggested that Richard Clarke is a prime 9/11 suspect, our connection was cut!)

In this special 90-minute interview, Gwenyth tells the first half of the story about how she stopped the neocon false-flag plans for war on Iran. (Stay tuned for the follow-up Sept. 18th!) She also reveals the real story about how uber-stalker Monica Lewinsky got access to Clinton (she was there)! And she describes her hilarious spy vs. spy escapades gathering information for the FBI to bust confessed Israeli spy Steve Rosen, whose legal defense was, “Of course I stole American secrets for Israel! What do you think AIPAC does?” Gwenyth actually went out with Steve Rosen to get the goods on him – an act of patriotism so far above and beyond the call of duty that it should have won her a purple heart.

Surprisingly, she suggests that the prime 9/11 suspects are not necessarily the best-known PNAC neocons (Wolfowitz, Perle, Rumsfeld, Libby, etc.) Having worked with Richard Clarke from the time he was busted for spying for Israel and immediately promoted to Clinton’s National Security Council, Gwenyth pointedly does not disagree with Webster Tarpley’s and Gordon Duff’s suggestion that the prime suspect for hands-on designer and operational manager of the 9/11 attacks is none other than “Terror Czar” and out-in-the-open Israeli spy Dick Clarke himself. She says Clarke is one of the “untouchables” and that he…well, you’ll just have to listen to this amazing interview!