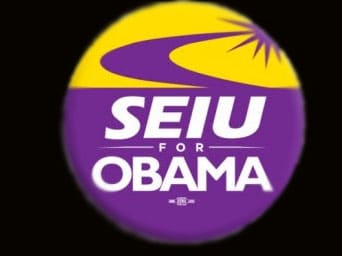 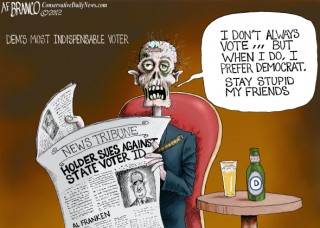 This past week has come and gone and what a week it was following on the heels of the Republican National Convention. The week finished as the Democratic National Convention rode off into the sunset leaving a state they probably won’t carry in this year’s Presidential election.

Among the many highlights that occupied my time was the lively debate that followed my last article which addressed the possibility of voter fraud and the need for workable Voter ID laws.  Counting the responses from readers where my articles are posted and other responses from members of VSO’s and readers of my articles from throughout the land of the Internet, it was as if I had blown off a cherry bomb right in the center of a hornet’s nest. Half-way through the week I quietly stepped aside when those who believe asking people to identify themselves before being allowed to vote is a racist position at just about the same time the “name calling began” with little attention being paid to civil discourse.

On Thursday I closed the debate with my final volley to those left standing. I just couldn’t resist. It went something like this…

Everyone who is eligible to vote should be encouraged to vote, but one fraudulent vote is one too many. All week long there have been side debates and I think that is good. For anyone voting by the way, there is help in operating voting machines so those who don’t know how to make them work can ask for help. As to watching from the sidelines and seeing the passion in the debate, I think the name calling and stereotyping was beyond the pale from some. It is also not productive. I have taken some flak from some of my fellow writers, but received much praise and support from members of VVA, and many VSO’s.

I then had to make one final validation that voter fraud is a real possibility by using liberal/progressive sources that agree. According to the Charlotte Observer (not a conservative publication), reported that the Leftist group, the Daily Kos “challenged” the need for Voter ID laws saying it was a complete waste of time and a non-issue since the evidence turned into the North Carolina Attorney General was from a “group of neo-cons” and therefore not credible.  If one were to believe that only leftist propaganda sources are credible, their argument might hold water, but this is like a skunk telling a pig that he stinks.

The Evansville, IN Courier, another left of center newspaper, reports Indiana has not purged its deceased voters, and has 10 counties with more “registered voters” listed than population. The report went on to state, “The problem is not limited to Indiana. Nationwide, one of every eight voter registrations, a total of 24 million, are either inaccurate or no longer valid, according to a study released in February by the Pew Center (not exactly a bunch of right wing kooks).

That study found that 1.8 million people who have already died are still listed as registered voters. An additional 2.8 million people are registered in multiple states (students are the biggest problem here), and 12 million more voters’ records have incorrect addresses. The Miami Herald reports that the state has identified what it says are 53,000 dead people on their voter rolls (To read more Miami Herald).

Even the Huffington Post (another far left of center group) states, “In Colorado, the process identified 4,000 suspect voters (the list has grown to 5,000 this year). In New Mexico, the process yielded no names, but in Florida, the voter rolls contained the names of 180,000 people that weren’t citizens when they applied for a state driver’s license. It’s about time we get illegals and dead people off the voter rolls!”  And finally, from the New York Times…”As a consequence, active registrations in two states are common. Some 70,000 people are registered to vote in three or more states”.

So with all due respect to those who disagree with the need for voter ID laws, I’d propose we close the argument at this point and just agree the whole process needs to be reviewed as inferred by Channel 16 in Arkansas following a conspiracy to commit voter fraud case…”In a nation in which every person’s vote matters, protecting the integrity of the electoral process from those who seek to win office by cheating the system is critical.” Source…Assistant U.S. Attorney Jane Duke, a Democrat as a matter of fact, said in a statement released by her office. “Voter fraud schemes such as that carried out in the 2011 District 54 race, has the devastating effect of eroding public confidence in elected officials and disenfranchising voters”.

So now we can move on to the hypocrisy/ignorance that permeates this year’s election. The current administration just doesn’t want to debate its record of the last four years and we the people, civilians, active duty military, and Veterans sit on the sidelines and watch events much akin to watching a ping pong match. A little homework though, turns up a whole lot of information that we all need to know because we deserve the issues to be debated; we need records to be either defended or rebuked; and we need both sides to move beyond the mudsling and outright lies that are being thrown around like snowballs.

Bain Capital is good…no Bain Capital is a bunch of crooks which ship’s jobs overseas. Romney is a felon, caused the death of a woman with cancer because he closed a factory and she lost her health insurance and on top of that he’s a tax evader; Obama is a Marxist and a Muslim to boot; and my dad can beat-up your dad!

As I watched both Conventions I was amazed that so many people could be exact polar opposites, but since I believe in the free market, self responsibility, and equal opportunity for those willing to invest the time and energy getting a good education, I have to come down on the side of the Republicans. For those then willing to invest their own money in a business venture, I applaud them and wish them the greatest success. But as we have witnessed the greatest decline in American economic history since the economic collapse in 2008 with a recovery effort going in the wrong direction, I will close with one fact…I’m sure a “shocker” to all those at the Democratic Convention.

The expressed hatred and demonization of Bain Capital, is the greatest laugh (and hypocrisy) of all. WHO IS BAIN CAPITAL????

Bain Capital is an investment corporation, started by Mitt Romney and his colleagues who 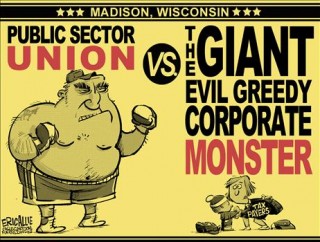 struggled to find their niche, and grew successful through money-making investments the Democrats have label as outright greed, piracy, and worse. My question as to “who is Bain Capital”, it the best kept secret of the election cycle…

When Democrats convened Monday they doubled down on their claim that Bain Capital is really the Bain Crime Family.

From The Minneapolis The Star Tribune (hardly a conservative publication): “They will accuse Republican nominee Mitt Romney and Bain’s other greedy co-founders of stealing their winnings, evading taxes and lighting cigars with $100 bills on their yachts; but Democrats will ignore the inconvenient truth that Bain’s private-equity executives have enriched dozens of organizations and millions of individuals in the Democratic base — including some who scream most loudly for President Barack Obama’s re-election”.

Government-worker pension funds (those are some of Obama’s biggest supporters) are the chief beneficiaries of Bain’s economic stewardship. New York-based Preqin uses public documents, news accounts and Freedom of Information requests to track private-equity holdings. Since 2000, Preqin reports, the following funds have entrusted some $1.56 billion to Bain:

These pension funds aggregate the savings of millions of unionized teachers, social workers, public-health personnel and first responders. Many of them would be startled to learn that their nest eggs, or even their current pensions, are incubated by the company that Romney launched and their financiers he hired.

Leading universities have profited from Bain’s expertise. According to Infrastructure Investor, Bain Capital Ventures Fund I (launched in 2001) managed wealth for “endowments and foundations such as Columbia, Princeton and Yale universities.” The Wall Street Journal’s James Freeman noted July 18 that Harvard “has also invested with Bain.”

Thus, Michelle and Barack Obama’s undergraduate campuses (Princeton and Columbia, respectively) and the university where they earned their law degrees (Harvard) all have enjoyed Bain Capital’s financial prowess.

According to BuyOuts magazine and S&P Capital IQ, Bain’s other college clients have included Cornell, Emory, the Massachusetts Institute of Technology, Notre Dame and the University of Pittsburgh. Preqin reports that the following schools have placed at least $424.6 million with Bain Capital between 1998 and 2008:

Major, center-left foundations and cultural establishments also have seen their prospects brighten, thanks to Bain Capital. According to the aforementioned sources, such Bain clients have included the Charles Stewart Mott Foundation, the Doris Duke Foundation, the Metropolitan Museum of Art, the Ford Foundation, the Heinz Endowments and the Oprah Winfrey Foundation  (One really BIG Obama endorser).

Why on Earth would government-union leaders, university presidents and foundation chiefs let a company with Bain Capital’s supposed reputation oversee their precious assets?

“The scrutiny generated by a heated election year matters less than the performance the portfolio generates to the fund,” California State Teachers’ Retirement System spokesman Ricardo Duran said in the Aug. 12 Boston Globe. CalSTRS has pumped some $1.25 billion into Bain. Since 1988, Duran says, private-equity companies like Bain have outperformed every other asset class to which CalSTRS has allocated the cash of its 856,360 largely unionized members.

So, what really is Bain’s reputation? Is it a gang of corporate buccaneers who plundered their ill-gotten gains by outsourcing, euthanizing feeble portfolio companies and giving cancer to the spouses of those whom they fired? If so, union bosses, government retirees, liberal foundations and elite universities — including the Obamas’ — thrive on the wages of Bain’s economic Darwinism.

If, however, these institutions relish the yields that Bain Capital generates by supporting start-ups and rescuing distressed companies, 80 percent of which have prospered, then this money is honest — and Team Obama isn’t.

To all those “knuckle-dragging Neanderthals”…as Paul Harvey would say…Now you know the rest of the story.