Home Veterans The Duchess of Cambridge and Other Matters 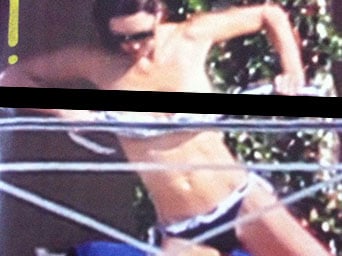 The Duchess of Cambridge and Other Matters 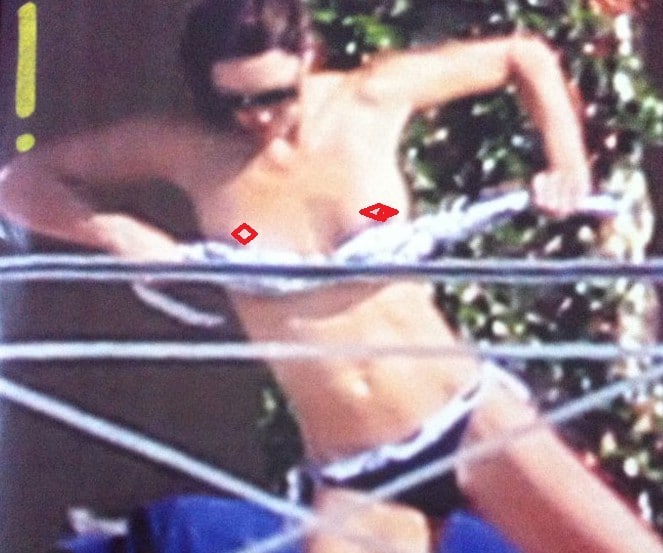 The attack on HRH the Duchess of Cambridge has caused huge outrage in my country. For once the British press are being responsible, although nervousness over the Leveson Inquiry may have something to do with that.

It is wildly improbable that the attack on Prince William and Princess Catherine (you cannot attack one without attacking other) is unrelated to the media attack on HRH Prince Harry, on which I have already commented. No doubt Terry Taliban were hoping to achieve a double whammy with their failed terrorist attack on Camp Bastion.
A common theme to all three attacks – Vegas, Bastion and France – is inside help. Security had to be withdrawn from the Royal Princes in order to permit the breaches of their privacy. The Taliban didn’t work out the weak spot in Camp Bastion’s impressive defences all on their own.

The answer so far as royal security is concerned is to get the police off the job. Manifestly they are not up it. The failure in Vegas was bad enough, but the Duchess of Cambridge incident was off the scale. Since such grotesque incompetence is difficult to imagine, even on the part of the Metropolitan Police, with respect we have to look elsewhere. It looks as though as someone in the Cabinet Office sanctioned a withdrawal of security. The Cabinet Office have been waging war against the Royal Family for decades.

It is impossible to understand why the Cabinet Office is so antagonistic to the Royal Family without appreciating that the first Cabinet Secretary, Lord Hankey, his protégés, and their protégés in turn, right up to Hunt in the 1970’s, were German intelligence assets. Indeed the Cabinet Office was an idea of the Wilhelmstrasse. The idea was that by concentrating power in the hands of the Cabinet Secretary you only needed one asset. Getting their people into every key department in Whitehall was beyond the abilities of even the German Secret Service.

Hankey worked closely with the notorious Lord Stamfordham, Private Secretary to King George V. Stamfordham also worked for the Germans. Ever since then Cabinet Secretaries have demanded the right of veto over senior Palace appointments.

That nonsense has to stop. The Sovereign must be allowed to choose Her own Court. Key to Her independence is a reform of Royal funding. At the moment the Queen subsidises the British Government to the tune of about $250 million a year, although it varies from year to year. That is because the government takes the income from the Crown Estate, which properly belongs to the Queen.

The Queen should be allowed to retain Her own income. She should also own the Royal Palaces, i.e. ownership of Buckingham Palace, Windsor Castle, etc., should be transferred from the government to the Sovereign.

Security should be put in the hands of the military, who are both loyal and competent, unlike the police. Each member of the Royal Family should have a Security Officer from the Armed Forces. Drivers should also be permitted to carry firearms, which could easily be done by amending the Firearms Act so as to exclude the Royal Household from its operation.

Assassination of the US Ambassador to Libya

This was clearly al-Qaeda, which means DVD, since they control al-Qaeda. I appreciate that some readers, especially outside the Intelligence Community, and especially the pro-Germans, have a problem with that. Not liking facts however does not alter them. Intelligence is about speaking truth to power. Distorting the facts is a job for politicians and the media.

The DVD also control the COREA Group, which is based in Germany but has assets all over the CIA, FBI and DIA. The attack in Benghazi had two aspects – the terrorist attack itself, and the undermining of the Ambassador’s security. Al Qaeda, or their local affiliate, could handle the attack. They had no control, whatsoever, over the security of a US diplomatic mission.

The murder does pose a problem for Obama, who is extremely weak on foreign policy, lacks strategic vision and is over-reliant on a distorted version of events re the alleged elimination of Osama bin Laden, an issue I am addressing in Spyhunter. I respectfully agree with Janet Daley, the sensible Sunday Telegraph commentator. His feeble response to this assassination is bound to echo President Carter’s lame response to the attack on the US Embassy in Teheran by inter alia Iran’s current President. He may find his slim lead in the polls disappearing, even with a gaffe-prone opponent who appears uncertain as to where exactly Libya is and made such a fool of himself on his recent visit here, no offense intended.

US polls, like those in Britain, have an inbuilt anti-conservative bias anyway, of between 2.5 and 5%. Obama’s ‘lead’ may not actually be a lead at all, although my guess is that he is slightly ahead. He may of course be slightly behind on those intending to vote, the number which matters. Most polls ask voting intentions but omit to ask whether the interviewee is actually going to vote.

Author Details
Michael Shrimpton
Michael Shrimpton is a barrister, currently suspended of course, called to the Bar in London in 1983. He is a specialist in National Security and Constitutional Law, Strategic Intelligence and Counterterrorism. He has wide ranging connections both in Western Intelligence agencies and amongst ex-Soviet Bloc agencies. The late Generaloberst Markus Wolf, of the Stasi and DVD, was one of his contacts. Michael has earned respect in the intelligence community for his analysis of previously unacknowledged post-WWII covert operations against the West by the German DVD organization based in Dachau, near Munich, Germany, and its British, French and American client agencies. These continue to the present day, as politicians and the media are too nervous of standing up to them.

Michael was formerly an Adjunct Professor of Intelligence Studies in the Department of National Security, Intelligence and Space Studies at the American Military University, teaching intelligence subjects at Masters level to inter alia serving intelligence officers. He has represented US and Israeli intelligence officers in law and briefed in staffers on the Senate Select Committee on Intelligence and the Joint Congressional Inquiry into 9-11. In the wake of that murderous attack he addressed panels on terrorism in Washington DC and Los Angeles organized by the respected Jewish Institute for National Security Affairs. Fellow panelists included a former head of Special Operations Command and a former Commander of the US Atlantic Fleet.

Michael’s active assistance to Intelligence and Law Enforcement agencies in the Global War on Terror produced some notable successes, including the exposure of the Abu Ghraib ‘hood’ photograph as a fake. His work on strategic intelligence took him to the Pentagon and he has also met with senior advisors to the President of the Russian Federation, in Moscow, in November 2005. He participated in the Global Strategic Review conference in Geneva in 2005 and was a speaker at both the Intelligence Conference (Intelcon) in 2005, and the Intelligence Summit in 2006, each at Crystal City.

In 2006 he was flown out to, and flew off from, the nuclear-powered aircraft carrier USS Enterprise (CVN-65), as part of the US Navy’s Distinguished Visitor Program. She was then working up her air group off the Eastern Seaboard of the United States, before operational deployment to the Persian Gulf. It is comparatively unusual for a foreign civilian to complete a carrier landing and launch cycle.

Michael’s ground-breaking, 700 page intelligence text “Spyhunter: The Secret History of German Intelligence” was published in England by June Press in April 2014. It features on a number of intelligence syllabuses, as does intelligence analysis prepared by Michael, e.g. on the brutal 2003 assassination of British weapons scientist Dr David Kelly CMG.

In their unlawful raid on Michael’s home in Wendover, Buckinghamshire in April 2012 Thames Valley Police officers seized the manuscript of Spyhunter and all of Michael’s onshore backups. Publication was only possible because the draft had been backed up offshore. The police hung onto the seized copies long after it was decided not to use them as evidence.

In November 2014 Michael was convicted at Southwark Crown Court by a tampered-with jury panel on two bogus bomb-hoax charges. Prior to bringing in the police the British Ministry of Defence, after consulting with the Cabinet Office, destroyed their recordings of Michael’s initial contact and qualified intelligence briefing re a DVD operation to target the Opening Ceremony of the 2012 Olympics using a stolen Russian SS-N-19 warhead.

Happily the NSA intercepted both Michael’s call to MOD and their call to him (on a number he had provided) and the intercepts are now in the hands of MI5.

As Michael’s distinguished Veterans Today colleagues Gordon Duff and Ben Fulford have confirmed on this website, his intelligence briefing to MOD was substantially correct and two warheads, both off an SS-19, were recovered by the US. After inspection the Department of Energy estimated their yield at 20KT. https://en.wikipedia.org/wiki/Michael_Shrimpton
https://en.wikipedia.org/wiki/Michael_Shrimpton
[email protected]
ATTENTION READERS
Due to the nature of independent content, VT cannot guarantee content validity.
We ask you to Read Our Content Policy so a clear comprehension of VT's independent non-censored media is understood and given its proper place in the world of news, opinion and media.