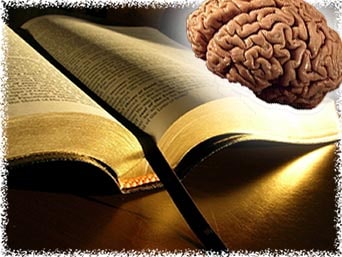 A battle is being waged for the minds of humanity. The two opposing sides are Jerusalem and Athens. Jerusalem represents alleged revelations and actual superstition. Athens represents reason and the God honoring practice of following the evidence wherever it leads.

Even though those who promote the Jerusalem idea of replacing our God-given reason with “revelations” make claim to a belief in God and paint those of us who embrace the Athens reason-friendly worldview as being opposed to God, the Jerusalem camp is in reality opposed to God. This is because reason is innate in all of us and is as much a gift from God as life itself is. By choosing to value our God-given reason over man-made claims to “revelation” we are following God instead of man-made “revealed”/hearsay religions.

The American Revolutionary War hero and Deist Ethan Allen made a great important point in his thought provoking book on God and religion, Reason: The Only Oracle of Man (for the Kindle version click here). Allen wrote, “Those who invalidate reason, ought seriously to consider, whether they argue against reason with or without reason; if with reason, then they establish the principle, that they are laboring to dethrone, but if they argue without reason, (which, in order to be consistent with themselves, they must do) they are out of the reach of rational conviction, nor do they deserve a rational argument.”

The biggest promoters of the superstition based Jerusalem worldview are the revealed religionists. The most actively dangerous of that bunch are the neoconservatives. The neocons openly promote war for the promotion of their twisted unreasonable worldview.

The neocon movement is largely based on the teachings of the Jew from Germany Leo Strauss. After arriving in America in 1938, Strauss became a professor at the University of Chicago. He held that position from 1949 through 1969. Paul Wolfowitz who was the driving force behind George W. Bush to start the war with Iraq for Israel’s benefit was just one of several of his students who went on to become leading neoconservatives in the US government.

Strauss taught that the people must be ruled by a government based on a revealed religion. His idea of the ideal revealed religion that it should be based upon was Judaism. He taught that the Hebrew Bible/Old Testament should be the foundation of society. In the insightful introduction to a collection of Strauss’ writings, Jewish Philosophy and the Crisis of Modernity, Kenneth Green writes, “Strauss learned from Maimonides that religion is essential to any healthy political society, and certainly for the moral life of human beings. Over and above this, Maimonides convinced Strauss that Jewish religion, based on the Hebrew Bible, is most essential to ground a ‘genuine’ morality for almost every human being.” This is the key to the very unprogrissive and dangerous neoconservative worldview.

The main idea in the Hebrew Bible that the neocons want society and the world based upon is the supremacy of the Jews and Israel. The Hebrew Bible is loaded with passages that make this very evident. Not only Deuteronomy 7:6 which openly states the Hebrews/Jews are “above all people on the face of the earth”, but also Isaiah 60:10-11 which has God telling the Jews through the Jewish prophet, “And the sons of strangers shall build up thy walls, and their kings shall minister unto thee. . . . Therefore thy gates shall be open continually; they shall not be shut day nor night; that men may bring unto thee the forces of the Gentiles, and that their kings may be brought.” And don’t forget the powerful threatening statement falsely attributed to God in Isaiah 60:12 that flatly proclaims, “For the nation and kingdom that will not serve thee shall perish; yea, those nations shall be utterly wasted.” This ancient Jewish psychological warfare is being used successfully today against America. I’ve had many sincere Christians quote Isaiah 60:12 to me when I asked them why the US would put Israel’s interests before the interests of its own people.

To fully demonstrate the unprogressive characteristic of the neocon movement and of the Jerusalem worldview, I’ll quote directly from Leo Strauss’ speech Progress or Return? The Contemporary Crisis in Western Civilization, which can be found in his book Jewish Philosophy And The Crisis of Modernity. “Judaism is a concern with return; it is not a concern with progress. ‘Return’ can easily be expressed in biblical Hebrew; ‘progress’ cannot.”

This really sums up the danger we face from the Jerusalem worldview and from its political arm, the neoconservative movement. Do we really want a world without progress??? That is what is in store for us as the neocons continue to have their way.

To clearly point out further differences in the Athens worldview and that of Jerusalem, we need to read more of Strauss. In his essay Jerusalem and Athens, he points out a very fundamental difference when he writes, “According to the Bible, the beginning of wisdom is fear of the Lord; according to the Greek philosophers, the beginning of wisdom is wonder. We are thus compelled from the very beginning to make a choice, to take a stand.”

He also writes, “One is thus led to say that the Bible contains both ‘myth’ and ‘history.’ Yet this distinction is alien to the Bible; it is a special form of the distinction between mythos and logos; mythos and historie are of Greek origin. From the point of view of the Bible the ‘myths’ are as true as the ‘histories’: what Israel ‘in fact’ did or suffered cannot be understood except in the light of the ‘facts’ of Creation and Election.” Of course, the Biblical creation story is not possible, neither is the election of the Jews by God to be above everyone else on the planet. Neither of these Bible stories align with our God-given reason.

In his essay Strauss brings out a difference between reason and unreasonableness, between Athens and Jerusalem, which goes directly against the heart of progress and which is the heart of the Bible. He writes, “. . . the concept of nature is foreign to the Bible.” This very unreasonable belief is very dangerous and can only make life difficult at best since it is by studying the designs of the Designer that are in Nature that humanity has made life more secure, more comfortable and more enjoyable. We would be without automobiles, computers, medicine, surgery, flight, etc., etc., etc. if not for people who were willing to go against the Bible and Judaism and Christianity to study science and to then be able to improve life for all of us. And many of these people paid with their lives and suffered arrest and torture for doing so.  Giordano Bruno was burned alive and Galileo was under arrest for years before giving in to the religious authorities and saying the Earth does not revolve around the Sun making him Biblically correct but not scientifically correct – and he remained under house arrest until his death.

We need to do all we can to see to it that Athens defeats Jerusalem. As Jerusalem is building towards yet another war for Israel’s benefit, this time with Iran, time is of the essence!