Home Life Why Not Go Green – Jill Stein For President 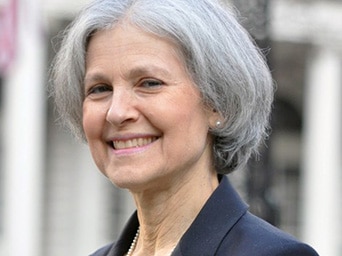 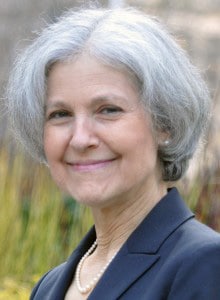 I’m fed up with the lies, the corporate funding and the dumbing down of the 2012 Presidential election and, like millions of Americans, I long for a common sense approach to what 99% of Americans really want in their president. Green Party Presidential candidate Jill Stein is singing that populist song and she gets my vote:

A recent USA Today poll reports that an estimated 90 million people who could vote this year probably won’t, as they’re disappointed in both candidates and major political parties.

So as Carl Gibson correctly points out in ICH ~  ” What if just two-thirds of those 90 million people turned out for a candidate with a truly bold vision, who isn’t beholden to corporate donors or bought party elites? It would be a colossal upset for the establishment, and a big win for citizens.”

Gibson goes on to write  ~ Jill Stein is a candidate that the other 90 million of us can get excited about. Picture the populist candidate Barack Obama once was in 2008, minus the financial support from Wall Street banks and oil companies, and the fawning coverage from mainstream media outlets. In her Green New Deal, she’s vowing to end drone strikes, tightly regulate Wall Street, halt all government-funded construction of fossil fuel-dependent projects, and end all foreign wars and occupations. She unabashedly calls for higher top tax rates like we saw in the days of FDR and Eisenhower, and the immediate closure of corporate tax loopholes that bleed out billions to overseas, tax-free bank accounts where the elite have stashed anywhere between $21 trillion and $32 trillion. As president, she would appoint Supreme Court justices who believe corporations are corporations, not people, and fight to get corporate money and influence out of the political process.”  See full article:

Why not go Green with Jill Stein for president !

Dr Stein is expected to be on the ballot this fall in about 45 states, including Washington ~ and please note that corporate political spending now accounts for 78 percent of the $465 million spent thus far during the 2012 election ~ and Jill Stein accepts no corporate funding.

Think about it ~ both Obama and Romney are obviously shills for the Corporate, financial elite and status quo ~ their platforms are almost identical and they both answer to the same Wall Street masters. See video

And Stein, unlike Obama and Romney, is not a shill for Israel or AIPAC ~ ” In particular, the United States has encouraged the worst tendencies of the Israeli government as it pursues policies of occupation, apartheid, assassination, illegal settlements, blockades, building of nuclear bombs, indefinite detention, collective punishment, and defiance of international law. Instead of allying with the courageous proponents of peace within Israel and Palestine, our government has rewarded consistent abusers of human rights….. On taking office, I will put all parties on notice ~ including the Israeli government, the Palestinian Authority, and the Hamas administration in Gaza ~ that future U.S. support will depend on respect for human rights and compliance with international law.” See Stein statement ~

The Green Party is no longer the voice of Ralph Nader but instead they are attempting to be the voice of the 99% ~ and making a good go at it. Here’s the first Jill Stein for President TV ad appropriately entitled ” ENOUGH “

Myself and millions of Americans have most certainly had enough of politics as usual, broken promises and the maintenance of the status quo ~ another choice and voice is most welcome in the 2012 presidential race and most certainly the debates.

As Susan Sauley recently wrote in the New York Times ~ “Ms. Stein is quick to align Mr. Obama and Mr. Romney, saying their policies are nearly indistinguishable. She cites the former governor’s policy on health care and the president’s health overhaul as an example.” (She supports a single-payer system as do millions of Americans)

“We need to have people in Washington who refuse to be bought by lobbyist money and for whom change is not just a slogan,” Ms. Stein said. “It seems like there’s a rebellion going on, and people are really ready for something different.”

She’s right so hop on board ~ Jill Stein for President