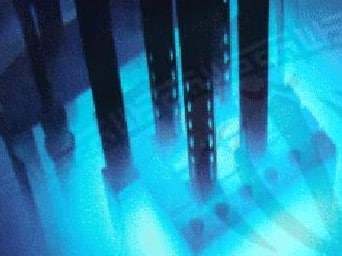 “Sure, Iran could divert a few tons of 3.5% or a ton of 20% enriched uranium hexaflouride gas for enrichment to 90+%. But what then? No one has ever made a nuclear weapon from gas.”

This week a letter was sent to President Obama and Prime Minister Netanyahu by Clinton Bastin, lead consultant to the IAEA and their top expert in the area of nuclear weapons design and processes.

To us the complete letter below outlines that the IAEA has been hijacked by elements unfamiliar with nuclear weapons that seem to be “tasked” with gross misrepresentations of science and physics in order to support the concept that Iran has a nuclear weapons program.

Bastin assumes these horrific errors are due to incompetence. He spent 40 years as a nuclear weapons designer for the United States involved hands on daily work in advanced physics and the most complicated and dangerous manufacturing and assembly process known to man. But many of us, on the other hand, have spent our lives hunting down conspirators and are busy still doing it.

Clinton has spent his life supporting safe nuclear energy, supporting international efforts to prevent nuclear proliferation and serving his country, initially in combat in World War II and in a lifetime of achievement at the Department of Energy and working with a wide variety of organizations including the IAEA and president of the 900,000 member Nuclear Workers Union.

Bastin is also a retired Marine officer. Fortunately for us all, he has been Veterans Today’s top nuke consultant since I found him living right here in Atlanta with me.

My chemical engineering undergrad work was a bit dated, but he invested the time to take me through the evaluation steps, several times, until the light went on. Enriching uranium to bomb grade levels is a very complex process, but converting the material into a functioning weapons platform has another whole set of opportunities for blowing the place up.

After the Chernobyl disaster, nuclear workers worldwide banded to together create safety standards to avoid another such tragedy.

While we have some detractors who feel we are too close to Iran on this nuclear threat stuff, the following letter of Clinton to Netanyahu, Obama, and general Amato will prove to all that our position was based on hard Intel.  We have known all along that Bibi was bluffing on the Iran bomb threat.

And while American mass media has never picked on the articles we have done on Clinton’s material, top Israeli military and Intelligence people have. These include such stalwarts as Meir Dagan, former head of their Mossad.

The New York Times might have published some letter excerpts, but nothing else. Our appreciation for our own media took a nose dive when we saw them lying by omission by not giving Mr. Bastin’s view national exposure. Such oversights, I assure you, do not happen by accident.

And as we go into the last weeks of the presidential campaigns here we can see that even a presidential contender with his NeoCon commandos are also caught trying to ride the fake bomb threat into the White house, where they have already promised to pull the trigger, which will be an instant disaster for all the rest of us.

To launch a preemptive strike based on bogus Intel would be a war crime under the Nuremberg precedents, as it would truly be an offensive act, not really a defensive one.But there is a double hoax in play here.
We are sitting here with this totally bizarre situation where Israel, a rogue nation in terms of it’s huge weapons of mass destruction programs and stockpiles.
The Israelis have completely ignored any international responsibility for their actions and yet have the gall to demand red lines of others.

I think it is time for the people of the world to issue Israel some red lines. And now is the perfect time. We have Clinton’s letter below, and we have General Shaul Horev, director of the Israeli Nuclear Energy Committee with his latest comment about any plans for discussing a nuclear free Mid East soon:

“In order to realize this idea there is need for prior conditions and a complete reversal of the current trend in the area,” Horev said. “This is an idea born in other areas and alien to the reality and political culture of the area. Nuclear demilitarization in the Middle East, according to the Israeli position, will be possible only after the establishment of peace and trust among the states of the area, as a result of a local initiative, not of external coercion.”

But it gets worse. Horev goes back to the tradition ‘victim well’ with more threat hoaxes, the silly faked quote of Iran wanting to wipe Israelis off the map, and this new one, that Assad would use chemical weapons against the rebels of give them to Hezbollah.

It is clear who the real threat is…Israel. And all those who support the their never ending victim parade, are actually guilty of aiding and abetting in an Nuremberg crime against humanity. If there is to be a pre-emptive strike against a dangerous aggressor, we need to re-evaluate who that really is, and act accordingly.

But enough of me, now on to Clinton’s letter. I have not excerpted this as I wanted you to see an important piece of history in it’s entirety. Press TV gets this today because I feel they will print it. Clinton deserves to be heard.

The world needs to know that such informed opinions have been kept out of the media because it would make us harder to manipulate with the nuclear Iran boogeyman. That in itself is part of an attack on the rest of us. It is way past time we gave them some of their own medicine, while we still can.

Iran may be in your red zone, but can not score.

Sure, Iran could divert a few tons of 3.5% or a ton of 20% enriched uranium hexaflouride gas for enrichment to 90+%. But what then?

No one has ever made a nuclear weapon from gas. It must be converted to metal and fabricated into components which are then assembled with high explosives.

Iran lacks experience with and facilities for these processes which are very dangerous because of potential for a criticality accident or nuclear explosion. Iran would not jeopardize its important, fully safeguarded nuclear programs by an attempt to have a deliverable, one kiloton yield nuclear weapon ten to fifteen years later.

IMPORTANT NOTE: North Korea was able to make and test a nuclear explosive soon after withdrawing from safeguards because plutonium for reactor recycle was in a form usable for a weapon.

[Jim Dean note: Our sources at Veterans Today agree that ready made material had to be available, but was acquired from and outside sources which was confirmed by U.S. Vela satellites.]

Israeli Consul-General for the South East United States Reda Mansour and I discussed these and related issues about nuclear technology in a March 2009 meeting.

Earlier, I had provided information to him from experiences with nuclear weapons and knowledge of nuclear programs in other nations that there was no potential weapon threat from Iran’s nuclear programs

Soon after my meeting with Consul General Mansour, I sent information about lack of an Iranian nuclear weapon threat by e-mail to you and President Obama and discussed the issue with then IAEA Director General Mohamed ElBaradei.

Dr. ElBaradei was aware that IAEA inspectors do not understand technology for designing and producing weapons but instead rely on long ‘trigger’ lists of items that could – but mostly do not – indicate work on weapons. He agreed with me that there was no weapon threat from Iran’s fully safeguarded nuclear programs.

President Obama asked U.S. FBI special agents to meet with me to verify my information. Responses from your office indicated awareness that my information was accurate. The New York Times published three of my letters explaining no Iranian nuclear weapon threat and including my experiences with weapons and weapon threat assessment.

A major problem is that very few understand the complex chemical engineering technology used to produce nuclear materials and components for weapons.

Israel’s weapons are plutonium-based, implosion-type. Israeli officials do not understand the technology for a uranium-based, gun-type nuclear weapon that Iran could hypothetically build.

During discussions with officials and staff of US national security agencies and others in Washington, DC, and the International Atomic Energy Agency (IAEA) in Vienna, Austria from 1972 to 1997, I never met anyone who understood the technology used for producing nuclear materials and nuclear components for weapons.

Current IAEA Director General Yukiya Amano does not appreciate the limitations of inspectors and accepts their findings of suspicious activities that are not. For example, testing of high explosives at the Parchin military site could indicate testing for more sophisticated plutonium-based, implosion-type weapons, but not the simple hypothetical weapon of Iran Appropriate denial of access to inspectors leads to further criticism and false claims.

Please share this information with all Israelis and end threats of military actions against important, fully safeguarded nuclear facilities.

I would be pleased to provide clarification or additional information about these issues.

Clinton Bastin directed US Atomic Energy Commission programs for production of nuclear materials and nuclear components for weapons from 1955 through 1971 and was a consultant to US national security agencies on nuclear weapon threats in other nations from 1972 through 1996.

At retirement in March 1997 he received the DOE’s Distinguished Career Service Award recognizing him as “the U.S. authority on reprocessing; an advocate and initiator of total quality management and partnering agreements; and, as President of the Employees’ Union, selflessly ensuring the recognition and rights of DOE’s greatest resources, its people.”

He also received a note from Energy Secretary Hazel O’Leary stating “Thanks for the wonderful and productive partnership,” and messages from leaders of the Russian Ministry for Atomic Energy and Russian Nuclear Workers Union informing him that they had adopted his ideas for their plan to improve safety for nuclear activities through partnerships. He was invited to address delegates to the first national convention of the 900,000-member Nuclear Workers Union, and delegates voted to adopt the plan.