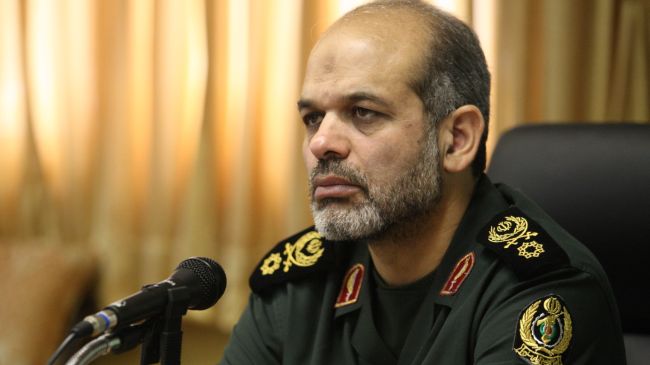 “Exchanging capabilities and experiences between the two countries, especially in the defense sector, can contribute to the progress and stability of the two nations and enhance stability and security in the region,” Vahidi said in a meeting with his Iraqi counterpart Sadoun al-Dulaimi in Baghdad on Wednesday.

Vahidi noted that leaders of both countries are determined to expand all-out mutual relations with respect to the independence, national sovereignty and territorial integrity of the two states.

“Defense relations and complete confidence building in this field can enhance [mutual relations] in other areas,” he said.

Al-Dulaimi stated that security in every country, especially in Iraq, should be provided by the people and foreign intervention has never been able to provide security for Iraq and other regional states.

Heading a high-ranking defense delegation, Iran’s defense minister arrived in the Iraqi capital, Baghdad, on Wednesday on an official visit at the invitation of Sadoun al-Dulaimi.

This is the first visit by an Iranian defense minister to Iraq since the victory of the Islamic Revolution in 1979.