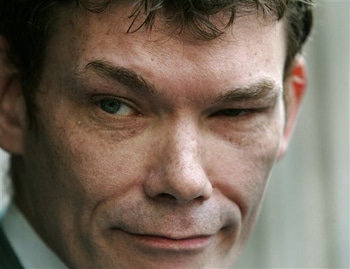 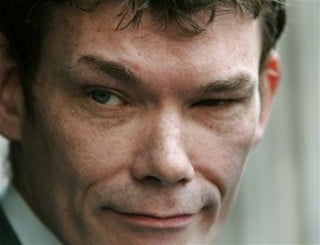 Apparently the Department of Justice were surprised when British Home Secretary Theresa May very properly refused to extradite the computer hacker Gary McKinnon.  I don’t know why.  The decision was clearly correct and Blind Freddy could see it coming.  In the good old days of the Bush Administration (the nice Bush) DoJ would occasionally ring me up and ask what was happening on this side of the pond.  I am always at the boys’ disposal.

Commentators over here are saying it has done a lot of damage to Anglo-America relations, but that is to miss the point.  The Obama Administration has always been anti-British and pro-EU and this won’t make any difference.  The DoJ traditionally has been an anti-British department.  They rarely miss an opportunity to rub our noses in it.  Mis-treating British Citizens is a popular pastime in Washington and helps to drive a wedge between our two great nations.

The smart folk over here understand that the DoJ has been penetrated by the DVD, so they don’t pay too much attention to it.  Most Americans understand that the federal bureaucracy is anti-American.  We British can hardly expect it to be pro-British!

Gary McKinnon has never denied hacking into US military and NASA computers.  No one sensible over here is defending his conduct.  Equally there is no evidence that he passed on any US defense secrets to a hostile state such as China, Iran or France.  The diagnosis of Aspergers Syndrome has never been seriously challenged.  Gary has some strange beliefs.  Apparently he believes in UFO’s, global warming and that American foreign policy is mistaken.  These beliefs do not justify putting him in prison, let alone for 70 years.

Prosecutorial misconduct is a serious issue for both our legal systems.  The US practice of plea-bargaining encourages over-charging by over-zealous prosecutors, also seen in the Christopher Tappin case.  Nobody over here is buying his guilty plea, which came in the face of enormous pressure, with a seriously ill wife in Britain needing his support.   The NatWest Three was another legal scandal.

All these cases have done enormous damage to the reputation of the US legal system.  Taken together they have killed the 2003 US-UK Extradition Treaty (United States No 1, Cm 5821).  It was always a bad treaty – lopsided extradition treaties usually are.

The offending article is 3(3)(a).  Only the US is entitled to ask for evidence of the offense.  Not having reciprocal arrangements for the UK was crazy.  If the Romney Administration will not agree to amend 3(3)(a) by making it reciprocal then sadly the time will have come for the UK to denounce the treaty under Article 24, which requires six months notice.  That would bring US-UK extraditions to an end, but so be it.

No one in Britain wants to see a repeat of NatWest Three, McKinnon or Tappin.  No one in the US is able or willing to rein in out-of-control federal prosecutors, or reform the legal system.  The FBI’s disreputable practice of entrapment will continue.  The only way countries can protect their citizens from the FBI’s and DoJ’s lack of respect for due process is to ring-fence their legal systems and refuse to extradite.

Staying with this topic it’s nice to see Lord Black of Crossharbour back in the public eye.  He gave Adam Boulton a roasting on Sky News after an impertinent interview, in which Adam went so far as to suggest that his conviction in Chicago carries some meaning.  That was another disgrace, with respect, with the DoJ prosecuting a British Citizen and Peer in the US for offenses allegedly committed in Canada.  The case was a crock, as US appellate courts in fairness largely recognized.  They would have done better to quash the convictions altogether.

Lord Black, who remains a member of the House of Lords and rightly so, gave a splendid performance last Friday on the hilarious BBC show Have I Got News For You, giving as good as he got.  I am criticising the decision to prosecute him in Spyhunter, which is likely to be out in mid-January by the way (it’s being revised and updated).

It was a huge mistake to prosecute a much-loved member of the British House of Lords.   It was an even bigger mistake with respect for the trial judge and prosecutor to show rudeness towards him.  I gather that the trial judge, Amy St. Eve, even refused to address him as “My Lord.”   That sort of discourtesy does not play well over here.

What if a crucial vote had come up in the House of Lords whilst Lord Black was in the pen?   The warden didn’t even make arrangements to fly him back to London for important debates, let alone ones where his vote might have made all the difference.  There is no polite way of putting this.  We are going to have to smack the US Senate around, to deter any further improper prosecution of members of the British Parliament in US courts.  Great democracies have to exercise extreme caution before imprisoning the members of the legislature of another great democracy.  A US Senator, preferably a Democrat, preferably from New York, is going to have to serve time over here, to make up for this outrage.  We can make up bogus allegations as well as the DoJ.  You should see some of the cases the Crown Prosecution Service bring.

It is of course entirely a matter for the US electorate but it’s looking like a win for Governor Romney.  President Obama made the big mistake of patronizing and under-estimating his opponent and will most likely pay the price.  The DVD’s decision to pour energy into the Sandy storm system hasn’t helped him, indeed it may have harmed him, as the continuing power outages in New York and New Jersey show up his failure to pay any attention to resilience in the last four years, the ongoing intelligence failure over scalar high energy weapons systems, and the failure to learn political lessons from Katrina.  I suspect the NSA saved many lives and jobs by the way, by jamming HAARP-style transmissions.  Way to go Meade.

As I read it Romney is likely to take all of the swing states.  Even Pennsylvania and Minnesota appear to be in play.  I don’t think it’s going to be particularly close in the Electoral College.  Romney no longer needs Ohio, but my guess is Ohio will follow the national trend.