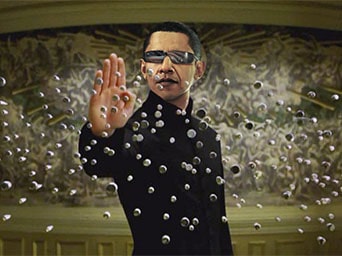 They were lawless, brutal, unforgiving and a model for the governments they both battled and served. A few notable figures perfected terrorism unlike any before or after.

Much of the history of Alexander the Great hides the fact that he and his troops were the ancient world’s most brutal conquerors. Typical of terrorists, armies like Alexander’s disguised the actions that instilled terror with popular deeds.

Another early master of terror, Genghis Khan and his medieval Mongolian horde destroyed any town and village that stood in their way.

For almost 300 years the Vikings terrorized many of the coasts of Europe.

Stalin, another deranged dictator cared little for his own people, much less his real enemies. His brutal rule instilled terror. Professor R.J. Rummel calculates that Stalin murdered about 43,000,000 citizens and foreigners.

China’s Mao Ze-Dong was responsible for between 49 and 78 million deaths in the 20th century.

In the 21st century, America has become the world’s leading terrorist organization with 1,455,590″ Iraqis slaughtered in the US war and occupation of Iraq and 4,883 U.S. military personnel sacrificed alone. Add to that the deaths by drones and assassinations in Afghanistan, Yemen and Somalia. 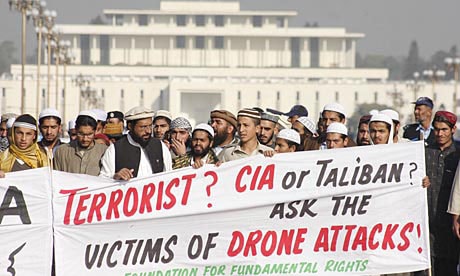 Washington Post’s Greg Miller commented on President Obama’s programme for assassinating terrorists: “Over the past two years, the Obama administration has been secretly developing a new blueprint for pursuing terrorists, a next-generation targeting list called the ‘disposition matrix’.”

In other words, a program designed by American terrorists to terrorize America’s foes. The result: America’s murders abroad have created terrorists seeking revenge against America.

“The creation of the matrix,” comments Miller, “and the institutionalization of kill/capture lists reflect a shift that is as psychological as it is strategic.”

Chris Floyd has called ‘disposition’ a new euphemism for state murder. “…the term ‘disposition’ is also stretched to cover a multitude of sins: kidnapping, rendition, indefinite detention, turning captives over to proxy torturers.”

Targeted killing is now so routine that the Obama administration has spent much of the past year codifying and streamlining the processes that sustain it.

Probably the best interpretation of matrix comes from the films that portray everything as a remix, concluding that “all is a computer generated dream.” 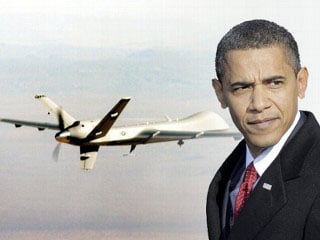 According to Miller, “Privately, officials acknowledge that the development of the matrix is part of a series of moves, in Washington and overseas, to embed counterterrorism tools into U.S. policy for the long haul.”

The psychological shift involves at least two major actions: the US administration’s wish to get public approval of what Chris Floyd refers to as “systematic murder”.

Observes Floyd, “They want you to know about the murder program and their strenuous exertions to make it permanent; they are proud of this, they think it makes them look good. They want it to be part of their legacy, something they can pass on to future generations: arbitrary, lawless, systematic murder.”

The same paradox functions here as that seen in the matrix films. Concludes Floyd, “The sickening nature of this perpetual-motion death-machine–and the husk-like inhumanity of those who operate it and the sycophants who applaud it–is all too plain.”

The drone attacks are only one part of the matrix. American terrorizing creates the terrorists who respond to attacks on non-militant civilians.

“When we’re told that 16 militants have been killed in a drone strike, it usually turns out that, for example, four of these militants were children and seven were women,” notes one commentator.

It’s hardly complimentary to be celebrated on the same grim pedestal as history’s worst terrorists and to seemingly enjoy terrorising others.

Assassinating people 7,000 miles away from the drone-guiding computer must have an appeal to Americans: maximum murders in a digital war with no loss to Obama’s digital hordes. At least not immediately.

Watch out America for the inevitable drone clone.