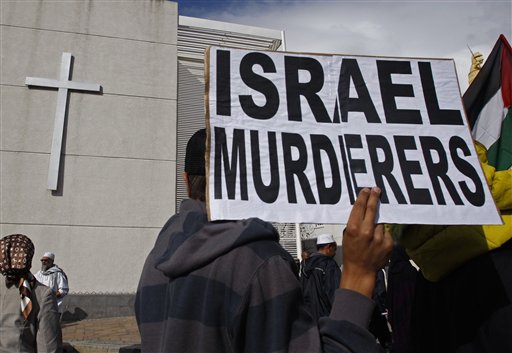 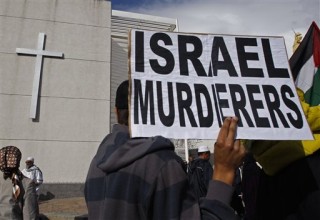 On May 31, 2010 a ship loaded with relief supplies and humanitarians to deliver them to the besieged people of Gaza was attacked by heavily armed Jewish terrorists of the Israeli military. The Israelis murdered nine of the humanitarians, eight of whom were from Turkey and one American. Yesterday the Turkish government announced it is putting on trial in absentia several Israeli military officers involved in this horrific terror attack and act of piracy.

Former Israeli lieutenant general Gabi Ashkenazi is one of the Israelis being tried. Ashkenazi at the time of the brutal attack was the Chief of General Staff of Israeli Defense Forces.

The American murdered by the Israeli terrorists/military that day was 19-year-old Furkan Dogan. Furkan’s death and autopsy report brings into serious question the claim of the Israelis that they killed their nine victims in self-defense. Furkan was shot four times in his head and one time in his chest. Unlike the Turkish government, the American government doesn’t care enough about its own people to take a stand for them against the Israelis.

This sorry state of the American government is also evident in the case of Israel murdering the unarmed American citizen and peace activist Rachel Corrie and the 33 American military men and one American contractor who were murdered and the wounding of 174 additional US military personnel by the repeated Israeli attacks against the virtually unarmed USS Liberty in 1967.

I can’t help but think that a fundamental change in the thinking of Americans in regards to religion and critical thinking would go a very long way in rectifying this horrible situation we’re currently in with Israel.

If more people could be taught the profound value of their God-given reason and the vital importance of objectively applying it to absolutely every aspect of their lives, the politicians would have a much more difficult time betraying America and Americans to Israel and its powerful lobby and the Jewish state would find it impossible to sell us their line of BS (as in Bible Study) regarding God having gifted real estate to them after choosing them “above all people that are upon the face of the earth” (Deuteronomy 7:6).

It would then become evident to millions of people that the American founder and Deist Thomas Paine was right when he wrote of the ancient Jews in The Age of Reason, The Complete Edition (for Kindle edition click here), “Could we permit ourselves to suppose that the Almighty would distinguish any nation of people by the name of His chosen people, we must suppose that people to have been an example to all the rest of the world of the purest piety and humanity, and not such a nation of ruffians and cut-throats as the ancient Jews were; a people who, corrupted by and copying after such monsters and imposters as Moses and Aaron, Joshua, Samuel and David, had distinguished themselves above all others on the face of the known earth for barbarity and wickedness.”

To bring about the required fundamental change in the thinking of Americans to free ourselves of the bloody burden of Israel and its crimes against humanity we need a revolution in religion based on our God-given reason and Deism as Thomas Paine called for in The Age of Reason, The Complete Edition. This, I sincerely and profoundly believe, is the only road out of our current predicament. And we should be thankful we have it and ACT accordingly!