Home Veterans The Coup In Cairo 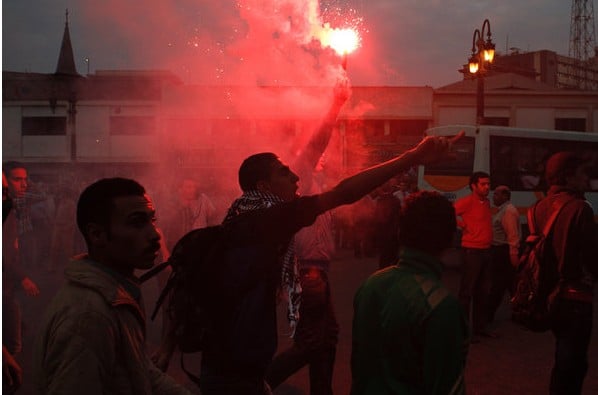 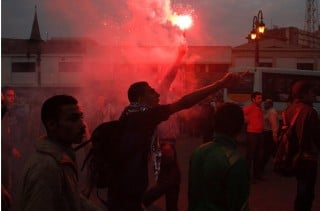 THE COUP IN CAIRO

The Arab Spring is over.  Perhaps we should now be talking about the Arab Fall, in more senses than one.  I do not believe that Hillary Clinton knew about the coup in advance.  Whilst we have our political differences she is both the nicer and smarter of the Clintons and her commitment to democracy is undoubtedly genuine.

She is bound to have misgivings over Morsi’s seizure of plenary powers in Cairo, which has echoes of the seizure of power by Germany’s Colonel (perhaps it should have been ‘Oberst’) Nasser.

I am less sanguine about Obama. I suspect he green-lighted the coup – there is too much US taxpayers cash propping up Egypt for Morsi not to have cleared the coup in advance with the White House.  The proof of the pudding, as we say in England, will be the eating.  If US cash is withdrawn then we will know that the Obama White House is serious about democracy in the Middle East.  With Iraq now an Iranian client state the coup leaves Israel as once again the only functioning democracy in the region.

Say what you like about those nice chaps President George W Bush and Vice-President Dick Cheney, (and many have) their commitment to bringing democracy to the Middle East was genuine.  They would not have stood by whilst Syria slid into civil war, nor would they have backed off Libya, as Obama did, presumably in the hope that Gaddafi could hang on.  Obama’s apparent support for the coup will have sent a shock-wave throughout the Middle East.

The coup would have taken some time to plan and was clearly backed by Germany.  The silence from the EU has been deafening.  It looks as though Morsi agreed the timing of the stepped up rocket assault on Israel with both Hamas and Obama, the idea being that an Egyptian-brokered hudna would provide diplomatic cover for his seizure of power.  I respectfully agree with Egypt’s senior judiciary that the powers Morsi has taken are unprecedented.  He has promised to hand them back, but then so did Hitler, Mussolini and Nasser.

Will Jordan be next?  We know that Germany has long wanted to topple the Hashemite monarchy, just as she did the Hashemite monarchy in Iraq (the DVD again – they are very experienced when it comes to staging coups).  Other stable monarchies in the region, notably Bahrain, have already come under pressure.  Oil prices would soon follow.  We now know that Germany was behind the Oil Price Shock in 1973 and that strangling Western energy supplies has been one of her key strategic aims since Britain launched the first turbine-powered battleship in 1906.

There is not much point hoping that Egypt’s courageous pro-democracy activists will be able to topple the Muslim Brotherhood dictatorship.   Egypt’s police have even lower professional standards than Thames Valley!  Just as the Italians were only able to offload Mussolini after the Allies invaded Italy and the French could only get rid of Pétain after D-Day, so the Egyptians will only be able to offload Morsi after an invasion.  The sensible response would be for Israel to declare war on Egypt, and for Britain to join her, as in ’56.   Time for the RAF to be bombing Cairo again.

Instead of letting German political assets such as Eisenhower and Macmillan stuff things up, as we did in ‘56/7, we should make sure that the war is prosecuted until Egypt’s unconditional surrender.  Israel should recover the Sinai and formally take sovereignty over the Gaza Strip, which would permanently sever the arms supply routes into Gaza from Egypt and Iran.  We should annex the Suez Canal Zone and reverse the humiliation of Nasser’s seizure of the canal, i.e. we should seize it back.  With British troops back, it would literally become a comfort Zone for Israel, securing her southern flank.

The UN would be bound to complain but they can go and get stuffed, with respect.  It’s high time the UN were given a good smack anyway.  Of course Obama would do his nut, but he is anti-British anyway, with respect.  The reality is that there will be no worthwhile Anglo-American co-operation for the next four years, assuming he is not forced out by the Electoral College or US courts on the ground of his birth in the Coastal Protectorate.  Since he does not appear to favour democracy or stability in the Middle East the Administration’s aims and Britain’s have diverged sharply.

The logical thing to do would be to restore the monarchy, the only legitimate rulers Egypt has had for centuries.  We should have gone to the aid of King Farouk when the Germans toppled him, but of course poor old Churchill was kept in the dark about the DVD and thought that Nasser and his fellow officers (Nasser did not seize power directly) were Egyptian nationalists.

Mention of Jordan brings me to the Abu Qatada scandal, Qatada being an alias.  Judicially determined to be an al Qaeda terrorist he belongs in a death cell in Amman.  The reason he is not is that terrorists’ charter, the European Convention on Human Rights.  His trial in Jordan was entirely fair (he absented himself, but that was his decision) and the death sentence perfectly proper. It should have been respected by the British courts and Qatada returned for execution of sentence.  If legal systems want respect they should respect the legal systems of other countries, as a matter of comity.  Mr. Justice Mitting, sounding in the ECHR, allowed his appeal against deportation and granted him bail, sending a shockwave thru Britain (he is a perfectly nice judge, with respect, and was very courteous towards me when I was appeared in front of him earlier this year, albeit His Lordship is thought by some, with respect, to have some odd views on the death penalty).

Unfortunately for our legal system this coincided with the draconian sentence of 18months imprisonment handed down to Sgt. Danny Nightingale, of the SAS, for the non-crime of possessing a Glock gifted to him by the Iraqis, about which he had forgotten.  Sadly Danny, who has done good work in the Holy Crusade Against Evil which is the Global War on Terror, nearly died (his temperature went over 110, which as any paramedic will tell you usually means DOA) on a charity run in Brazil, a 132 mile charity run.  Hopefully he will be released when the Lord Chief, a judge appropriately enough named Judge, hears his appeal against sentence this week.  Igor Judge, with respect, is a very sound tribunal.  It has been very touching, by the way, to see the support for Danny from within your excellent Delta Force.

This latest travesty of justice, with respect to the court of first instance, is again down to the ‘Terrorists Charter.’  Thanks to Strasbourg our entire and much-respected system of military justice was swept away.  Courts martial are now controlled by civilian judges, and prosecutions are in the hand of the Service Prosecuting Authority, modelled on the failed Crown Prosecution Service and if anything even more of a disaster.  There are two major problems with this, apart from the fact the new system was rammed down our throats by Europe and lacks democratic legitimacy.

Firstly civilian ethical and professional standards are generally lower than the military’s.  No military prosecutor would have continued commenced the prosecution against Sgt. Nightingale, let alone continued it once the medical evidence of brain damage was in.  Secondly civilian judges lack military experience.  Although they have military assessors this safeguard isn’t much use if the assessors in a special forces case lack special forces expertise, this case.

The miscarriage of justice has further damaged the reputation of the Royal Military Police, who have had a bad War on Terror.  Their professional standards if anything now seem to have slipped below those of Thames Valley Police, i.e. they are in a race to the bottom.  They recently arrested several Royal Marines for murder without having first studied the autopsy report, a very basic and very major professional failing.  Not only should Sgt. Nightingale be acquitted on appeal, proper courts martial should be restored, the RMP given competent new leadership, and we should denounce the ECHR.

I was right about Kevin Pietersen.  The only England batsman the Indians truly fear, he thrashed them today on a spinning wicket for a glorious 186.  India were 117-7 at the close.

We in England were truly saddened to learn this week of the death of the great American actor, Larry Hagman.  A wonderful man, he will always be remembered over here not just for his fine performances in Dallas, but his memorable, tragi-comic portrayal of Colonel Clarence E. Pitts in the The Eagle Has Landed, a special forces movie which attracted plaudits from no less than authority than Admiral Wilhelm Canaris – covertly of course, since Herr Admiral had officially been hanged/shot/strangled by the SS over 30 years before.

I am afraid there is still a glitch in the system (nothing to do with me!), so the trolls will have to wait for my responses to their cutting and usually ill-informed remarks.