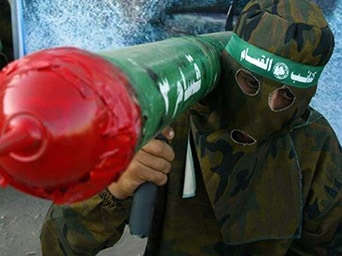 Alistair Burt is the UK Foreign Office minister in charge of Middle East affairs. He is also a former officer of the Conservative Friends of Israel lobby group. He resigned from that position when he became a minister, but leopards don’t suddenly change their spots.

I sent a question through my MP asking why Government ministers such as Burt quote exact numbers of rockets fired from Gaza without also giving the corresponding numbers of bombs, rockets, shells and other ordnance poured into Gaza by the Israeli military.

In his letter of reply Burt says “there are no reliable statistics on the number of bombs and other ordnance fired by the Israeli Defence Force on Gaza and Israel does not make public this information”.

In that case, should he not make it clear when quoting Gaza’s rocket numbers that Israel refuses to provide numbers of their own vastly superior missiles used to bombard Gaza?

Yesterday in Parliament David Amess, another officer of the Conservative Friends of Israel, was playing the familiar game of planting Parliamentary questions designed to deflect attention from Israel’s malodorous reputation. He asked Mr Burt what recent reports the Secretary of State for Foreign and Commonwealth Affairs [William Hague] had received on the number of rockets fired from Gaza into Israel since 30 October; what recent discussions he has had with the government of Israel on such attacks; and if he would make a statement. http://www.publications.parliament.uk/pa/cm201213/cmhansrd/cm121126/text/121126w0004.htm#1211275000020

Such precision is of course commendable but grossly lopsided and plainly calculated to mislead Parliament and public. It is astonishing that in all its discussions with Israel’s ministers the Foreign Office hasn’t managed to extract data on Israeli bombing and rocket attacks.

Mr Burt, I venture to suggest, ought to paint a balanced picture and not simply regurgitate Israeli propaganda without caveats and facts from the other side. He should inform the Israeli authorities that British ministers will not in future quote figures for Palestinian rockets unless accompanied by corresponding numbers of Israel’s. These should then be cross-checked with Palestinian and independent sources for proper monitoring.

The same goes for any remarks about Iran’s so far non-existent nukes. There should be equal emphasis on Israel’s vast arsenal of WMDs.