Home Veterans A real Jew, a Zionist, and a truth jihadi walk into a... 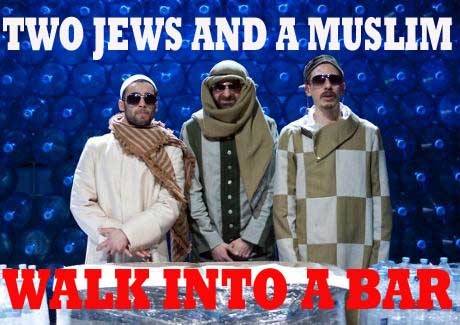 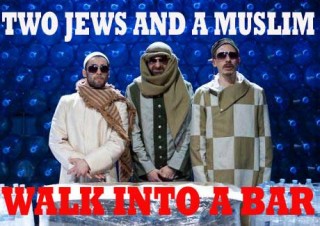 But I’ll walk into Press TV interviews with just about anybody – even rabid Zionists who threaten to never come on again if Press TV keeps having guests like me…and who growl menacingly that I need to be ““taken off the air entirely, from every show, everywhere in the world.”

This is one of my all-time favorite Press TV interviews, not so much due to my slugfest with Kenneth Katzman, but mainly because Joel Kovel did such a great job holding up the sensible center. I just invited Joel on my radio show…stay tuned to the radio schedule for updates.

By the way, my webmaster, Eric Sayward of WisChange.org, says he avidly watches all my interviews, waiting for the moment when I bring up 9/11 truth…the same way some people avidly watch Hitchcock films waiting for Hitchcock’s cameo “signature scene.”

Unregistered agent of Israel Kenneth Katzman apparently doesn’t appreciate my artistry. Does his demand that I be “taken off the air entirely, from every show, everywhere in the world” sound like a death threat? (How else could I possibly be removed from all of the hundreds of shows I guest on, as well as those I host?)

Joel Kovel:
I’m also very interested in what Mr. Barrett said about Ehud Barak masterminding 9/11. That’s quite an important revelation. Maybe we can come back to that.

Kenneth Katzman
All I can say is, guys, I’m not going to come on this show any more if you’re going to have people like whoever that speaker was saying that Ehud Barak was responsible for the September 11 attacks on the World Trade Center and the Pentagon. I’m just not gonna get into – I’m just not gonna do this show any more, if you have speakers who are that irresponsible, and that radical, who need to be off the air entirely, from any show anywhere in the world.

Kenneth Katzman
I’m not – I’m not gonna be on a show with nuts like this, saying Ehud Barak was responsible for 9/11.

I’ve been called a nut by Hannity, and given a death threat by O’Reilly. Is Katzman trying to one-up them both?