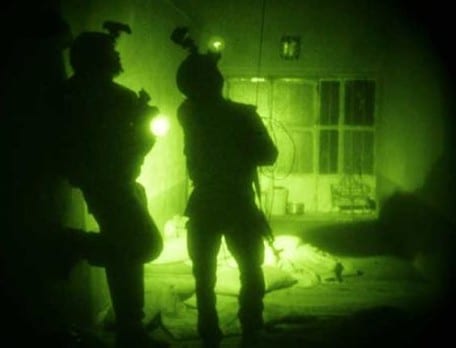 US Special Operations forces search a home during a nighttime raid in Afghanistan. (File photo)
—

By Press TV with foreword by Gordon Duff

The story below is taken from Press TV. It was reported in NO western media. What I can say is that this is a story that is repeated on a nearly daily basis in Afghanistan and anywhere American troops are operating, not just against local population but over 16000 reports of rapes against women serving in the American military.

Real numbers are estimated at around 50,000 per year and increasing dramatically.

With over 200,000 women in the military but about a third under exceptionally high risk “for sexual assault” deployments, escaping sexual assault is almost an impossibility in many commands, meaning that virtually all women are assaulted at one time or another with prosecutions running less than 3%.

First of all, we can blame the command structure, including and especially leadership from the service academies, all ridden with sexual assault scandals or their own. We can look at the highest levels of military leadership where we are seeing one prosecution after another for improper sexual behavior from “affairs” to rape.

What we aren’t speaking of, what is never in print, is that, with the military in its current “burned out” condition, recoiling from its low ebb of hokey “war on terror” jingoism, we are seeing our recruiting patterns “settle in” as they always do.

Our military is filling with criminals, systematically recruited from street gangs, from jails and prisons, a great secret, as we send those unfit for American society to live in Afghanistan and feed off the local population as drug cartel enforcers, social misfits and, as we note here, rapists and murderers.

Worse still, is the environment we create for those who serve with honor.

Years ago, when the Pentecostals took over the chaplain corps in congress with the Church of Satan, followed by penetration of the service academies as “Christian Zionists,” in reality a apocalypse death cult run by Dominionist “American “Taliban” woman haters, the environment for mass rape was ensured.

As for our real military, our sons and daughters who serve their country with honor…

This is not to be accepted or covered up.

The residents of a village in northern Afghanistan say American troopers raped several women during a nighttime raid in the rural community.

The locals said that the incident took place in a village in the Chahar Bolak district of Afghanistan’s Balkh Province where US special forces carried out house-to-house searches, Afghanistan Information Network reported on Sunday.

However, the name of the village was not disclosed as the villagers said they had been threatened by the commander of the US forces with “consequences” in case of complaining about the issue.

During the operation, the troopers separated the men and women of about 15 families and raped several women, the locals said.

Since the beginning of the US-led invasion of Afghanistan in 2001, American troopers have on different occasions abused Afghans.

Last month, a US trooper involved in the mass killing of Afghan civilians in southern Afghanistan in March admitted to his crimes for the first time before a military court in the United States.