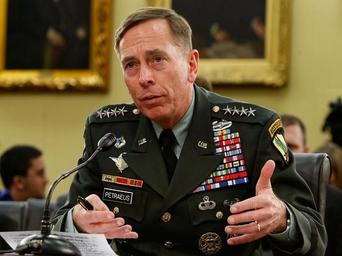 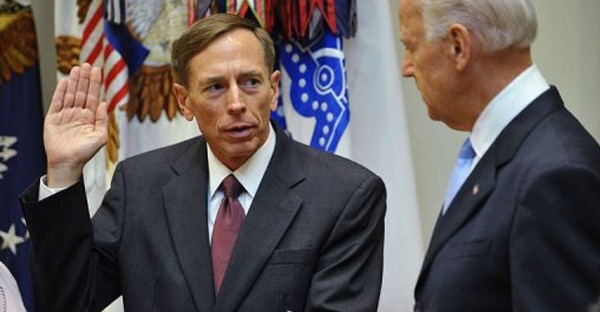 Reported today in the Telegraph

Editor’s Note:  This comes as no surprise. The American Israeli Lobby and Israeli Intel keeps a close eye on any ranking generals who might have presidential ambitions. It’s part of their job. For years they have been offered free junkets to Israel where they are ‘evaluated’ as to their usefulness and willingness to join the Israeli insider team to high post retirement positions.

But what really is the story here is a major network in cahoots with a top Israeli mega media wheel, being caught right in the spotlight of penetrating presidential campaign on the front end, and exposing that this is what they have been doing for years and years. Thank you Roger Ailes, just in time for Christmas...Jim W. Dean]

The former CIA director, who resigned last month after having an extramarital affair with his biographer, declined in order to protect his personal life.

Mr Ailes, a key Republican powerbroker who worked for Richard Nixon, told Mr Petraeus that he should reject the job of CIA director – from which he resigned last month – and campaign for the White House.

“I thought the Republican field needed to be shaken up and Petraeus might be a good candidate,” Mr Ailes told Bob Woodward, the veteran Washington Post reporter, who disclosed news of the talks.

Mr Ailes passed his message to Mr Petraeus through an emissary sent to interview him in Kabul 18 months ago for Fox News, Mr Murdoch’s American news channel, which is beloved by US conservatives.

“I’ve got something to say to you directly from Roger Ailes,” Kathleen McFarland, a national security analyst for the channel, told Mr Petraeus.”He loves you and everyone at Fox loves you…

Mr Petraeus was at the time the subject of fevered speculation among Republicans, who believed that he could return to the US as a respected war hero able to defeat Mr Obama in last month’s election. The President’s decision to make him CIA director was seen by some analysts as an attempt to sideline a potential political rival.

In their discussion, Ms. McFarland added that Mr Ailes could resign from his role as Fox News chief to run a Petraeus 2012 presidential campaign.

“Tell him if I ever ran,” Mr Petraeus said, laughing, “but I won’t, but if I ever ran, I’d take him up on his offer,” adding: “He said he would quit Fox and bankroll it.”

Challenged over whether Mr Ailes, who is paid about $20 million (£12 million) a year, would be wealthy enough to fund the campaign, Mr Petraeus said: “Maybe I’m confusing that with Rupert,” adding: “Rupert’s after me as well.”

Declaring “I love Roger, he’s a brilliant guy”, Mr Petraeus politely demurred and said he needed to focus on his home life after stepping down from commanding troops at war.

“It’s never going to happen,” he said. “My wife would divorce me. And I love my wife”.

Referring to his home in Virginia, he added: “We have a beautiful house with his-and-hers bathrooms, believe it or not. I just want to live in it. I’ve never spent a night in it”.

Mr and Mrs Petraeus, who have been married for 37 years, have retreated to their home to repair their relationship after he admitted having an affair with Paula Broadwell, who wrote his biography. The affair did not begin until some time after his comments to Ms McFarland.

Mr Petraeus resigned after it emerged the FBI was investigating the affair as part of an inquiry sparked by a complaint about threatening emails allegedly sent to a female friend of Mr Petraeus by Mrs Broadwell.