Home Veterans Is America Redefining its Character or its Future Wars? 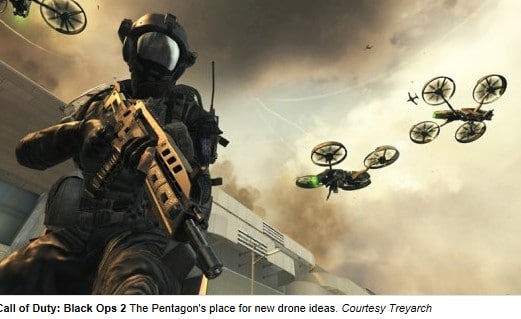 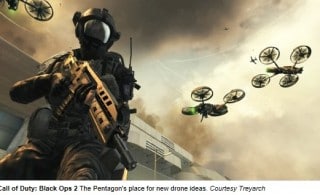 Is America Redefining its Character or its Future Wars?

Following NYT 13 October editorial urging immediate “Pack Up” from Afghanistan, quite a few news reports have appeared related to the US’ long held positions toward “War on Terror” and Iran’s nuclear issue  that on the surface seem to suggest the US administration possibly redefining America from a warmongering nation to one at peace with itself and the world. But that could be mere illusion because NOT being in war goes against the very American history and grain. In fact, that would be asking Americans for “character suicide.”

Anyhow, we begin with NYT itself, that is, the 180-degree shift in its policy from being top drumbeater for Pentagon’s wars. The crux of the editorial is that America can’t wait for 2014, the dead line set by President Obama for the military withdrawal from Afghanistan. Instead, it argues “two more years of combat, two more years of sending … Americans … to die and be wounded, is too long.” To emphasize need for accelerated withdrawal within less than a year to avoid further combat causalities, it goes on to the extent of proposing blowing up military hardware (like “Stinger missiles” and “drones”) if arranging their speedy safe return could delay withdrawal! That is something unbelievable, indeed. (BTW, Stinger missiles! Against Taliban’s fertilizer-based landmines!! Doesn’t that speak a lot about the US military war planning and strategy?)

Remembering that NYT has all along cheer-led  the America’s wars and stood stoutly behind the US policy of “open end” to “war on terror” without bothering about national or international legal and moral issues or how negatively they impact “America’s global interest” or even national budget, it would seem a bit too simplistic to believe such a turnabout in thinking or belief could come about merely out of concern for potential casualties or the sudden recollection of such recent historical facts as how Eisenhower or Nixon ended their wars (Korean and Vietnam, respectively) to the benefit of America. That would be degrading the intelligence of the whole NYT flock, in particular of those who write its influential editorial pieces.

The policy shift is rather best attributable to ‘inside information’ or the signals it likely received from the American political and military leadership about what is to come, and contributing its bit to help open public discourse and mould opinion for the same without letting the feeling of yet-another-defeat sap pop-culture-media-viewers’ morale.

Seen in this context, it is where Jeh Charles Johnson, General Counsel of the U.S, 30 November lecture, delivered at the Department of Defense at the Oxford Union, Oxford University, gets connected. Johnson is rumored to likely replace Eric Holder, US attorney general, a position which gives greater significance to his utterance.

Johnson’s lecture is typical of usual American moral grandstanding, convoluted terminology and rephrasing situations whenever it suits them. For instance, he calls the inhuman torture of Guantanamo, Abu Ghraib or Bagram prisons as “enhanced interrogation techniques.” (italics mine.) He talks of corruption by Karzai’s supporters but is mum on corruption by American military and contractors. However, only in passing though, he also confesses Taliban’s “enduring influence,” blaming that on Afghan politicians who failed “in restoring local governance, the bedrock of Afghan society,” conveniently overlooking the whole failure of the “Operation Enduring Freedom” that primarily got him to lecture in Oxford.

Johnson’s rhetoric aside, of interest here are the implications of his preaching such as, “”War” must be regarded as a finite, extraordinary and unnatural state of affairs,” adding “We must not accept the current conflict, and all that it entails, as the ‘new normal.’ Peace must be regarded as the norm toward which the human race continually strives.”

Matching NYT, this is absolute about turn from Obama’s “war we have to win” – the zealous declaration he made at the beginning of his first term. Indeed, something that “has not been said in this decade-plus since 9/11, that we might be looking at that posture of a state of peace as the default,” notes William Banks, a Syracuse University law professor.

Roll this up with the strong bipartisan 62-33 Senate vote on 28 November, pressing Obama to “accelerate” troop withdrawal from Afghanistan and “to end this war.” Although non-binding, this vote should be seen in relation to the legislation House passed in May, which “calls for Obama to maintain a force of at least 68,000 troops through the end of 2014.” Again, a distinct about turn.

Turning to Iran, while US sanctions on the country continue getting tighter and wider, nonetheless, there have been several indications pointing to some softening of US rhetoric in favor of seeking diplomatic solution to the nuclear issue.

First, if my observation is not wrong, “all options are on the table” (veiled threat of war) hasn’t been heard in recent days from either Obama or any of his administration officials. The latest ultimatum, issued on 29 November, warns of referring Iran to the UN Security Council but no threat of US bombers taking off the “table.”

Second is the reaction, rather non-reaction, to the latest US Department of Energy’s report, issued every 60 days. The report once again recognizes exclusion of the Iranian oil for the growing global fuel shortages, which in itself is not significant. However, what is significant is that the observation remains unchallenged since the report was issued on 27 October. This is unlike earlier when Energy Secretary Steven Chu immediately reacted, saying, “There is spare capacity and we believe – we’ll see – but I think there is sufficient spare capacity.” In essence, saying, “World can manage without Iran oil.” Republican Senator on the Senate Energy Committee Lisa Murkowski and former Independent Senator Joe Lieberman too jumped in to discount even minor psychological advantage to Iran.

Third, both Iran and the US have started openly talking about willingness for bilateral talks to resolve Iran’s nuclear issue. In response to Secretary Clinton’s 30 November statement, “We are working on the P5+1 and making our willingness known that we are ready to have a bilateral discussion if they are ever ready to engage,” Iran’s Foreign Minister Ali Akbar Salehi responded, “The Islamic Republic of Iran and the United States have already held talks about specific issues and there is no impediment to the repetition of them.” This is climb down on both sides from their earlier rigid positions, which need to be kept in mind when interpreting these nuanced offers and counter-offers.

Most importantly, fundamental to US-Iran nuclear dispute is Israel. It is Israel and its vaunted position in the Western world that has rallied the West against Iran without letting its own nuclear status come into focus (though some believe with the recent the UN resolution vote calling for Israel to open up its nuclear facilities for inspections, the ‘no talkie’ days may be over.). That position may not have practically changed much but definitely it has seen some serious dent, reflected not just by recent UN General Assembly vote in favor of Palestine that has left US’s international standing bruised and Israel “lonelier” but also by the fact that unusually long time has passed without the Israeli Prime Minister meeting the US President.

Note that Netanyahu went Prague to thank Czech Republic for vote against Palestine but not to Obama who stood by him during latest Gaza assault and UNGA vote. Note also, Netanyahu goes to complain Chancellor Merkel for Germany’s abstention on Palestine vote, not to the US’s staunchest European ally (and a more loyal Zionist), British Prime Minister Cameron.

Putting all this on one side versus the latest round of sanctions the US Senate passed with a surprising 94-0 Senate vote with only a few abstentions, one could argue that there is clear contradiction between the US words and actions.

Although it was reported that Senate vote was carried against the desire expressed by White House, it is rather difficult to believe Democrats voting whole hog with the Republicans, deliberately leaving Obama red faced particularly at a time when he was trying diplomatic way out to the Iran issue. Does that mean that he doesn’t command even 50% support among his own Senate members? A reasonable interpretation, however, would be that the Senate vote was in tune with Obama’s own carrot and stick policy and didn’t want to be seen sending signals to Iran from a week position.

Altogether, it appears that while continuing its blind support to Israel, the US may at long last be genuinely in a mood to resolve the two most important problems (war on terror and Iran’s nuclear issue) that have pitched it mightily against the mainstream Muslim world.

But, as mentioned at the outset, before such a possibility is accepted as a fact, it must be weighed against what else is going on in and coming out of the US.

That the American economy is in bad shape, demanding austerity measures and spending cuts, including in military expenditures, is too well known. Winding up Afghanistan war and avoiding fresh ones (Israel’s or its own) – at least until economy recovers – are obvious natural expectations. So if the US really winds up its current wars and avoids a fresh one with Iran, it would be helping itself more than favoring anyone, Iran or rest of the Muslim world in the least.

Not fighting a big war doesn’t mean not preparing for one. That is the clear message that one gets from the breathtaking pace at which the US is increasing the number of its overseas military bases all over the planet – 1077 and counting in more than 130 countries. That is also the message – if not for the big ticket war but definitely for less expensive ones – from very recent announcements about need for a significant expansion of drone fleet and more spies. All this in spite of economic woes!

If large bases, like Ramstein, Incirlik, Al Dhafra, Bagram,Diego Garcia or Okinawa, should cover for any potential major conflagration, for instance, against China or Russia (very unlikely though, because post-WWII the US has never fought against any big military power) or Iran, it is the smaller ones, like Camp Lemonnier in Djibuti, that would be of immediate use for the cheap drone wars that the US is currently experimenting – in Afghanistan, Pakistan, Yemen and Somalia and may be with a shot or two of cruise missiles from near by aircraft carrier as is potentially expected in the case of Syria – for an enlarged engagement against the Islamic world.

Summing up, the big wars may have taught the US an enduring lesson and prompted to opt instead for redefining the very character of its immediate future wars: Go for Playstation wars, which allow it to “send a battle by air to a land we have never set foot in.” And with development of undersea drones, across deep oceans shallow seas as well. That lets the US continue pander cost-effectively to its warmongering character without need for expensive, debt-burdening all out wars.

Peace just can not be American “new normal.” Whatever the signals or rhetoric to the contrary, it is all for redefining how it fights its immediate future wars.