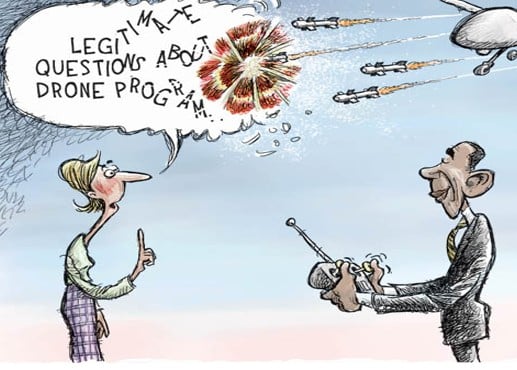 Christmas of murder, an American story

“The real voices of reason are invariably those of the “terrorist.” Speak the truth and you are on a “watch list.” Demand justice and you become the fodder of a “drone attack.”

During the past few weeks, America has shocked me. The vote to maintain the suffering and degradation of the Palestinian people was expected.

I cannot really claim that the bizarre and wildly conspiratorial lies about Syria and nuclear weapons, a news report I just viewed minutes ago, or the threat of chemical and biological weapon use, surprised me.

Then it hit me as though I had run into a wall at one hundred miles per hour.

America is voting to restrict visits by Russian nationals based on possible “war crimes” and is supporting similar attacks on Iran for their failure to adhere to America’s standards for human rights.

I keep saying it, as if it is a dream, “America’s standards for human rights…”

Without belaboring the point, I have watched my country murder two million people during the last 11 years. During my lifetime, I have watched America support death squads in three dozen nations, arm maniacal regimes with weapons of mass destruction and, quite openly, flood the world with narcotics while turning away from issues of mass murder and human trafficking on every continent but Antarctica.

I see this and realize I live in a nation obsessed with religion, obsessed with “judgment” and utterly blind to what is inexorably an evil that has seeped into the very recesses of every aspect of American society.

Today, in Russia, millions are preparing for the “end of the world,” based on interpretations of the Mayan calendar.

When I look around, the indifference to justice, to humanity, to honor and decency, the willingness to engage in wholesale evil on a massive scale, and no rational person can assert that the American psyche is one iota other than described, the idea of the “end times” begins to make sense.

Are so many utterly blind that they can’t see how a divine hand would demand retribution against societies that are so inherently infested with what could only be described as a demonic presence?

Indifference transcends all today, torture, murder, starvation, cruelty, no matter the color, the race, the religion, it means nothing.

If you think I am kidding, if you feel I exaggerate, please read any American newspaper, watch any report, listen to our government, see what we do, for every voice of decency, the soulless silence of millions rings with a deafening crescendo.

America is a nation of churches. They dot our cities, our countryside, new ones every day. The days of the small church, the rural congregations are quickly giving way to “mega-churches.” Such things exist no place other than America, often prefabricated, tens of thousands of square feet, industrial buildings altered to take on the appearance of places of solemnity and worship.

We are told America is a Christian nation with up to 44% of Americans regularly attending religious services.

This is a critical time. Christians around the world look to the period each year chosen to represent the birth of Christ. What had been intended to be a message of spiritual renewal, of universal love, of ultimate humanity and transcendent goodness, a time of hope and replenishment has, during my lifetime, a short few decades, lost its meaning.

It feels strange, talking about Christmas. My own household was never religious but Christmas was always a magical time, not just one of gifts, but a mystical period that touched all of us, believers and non-believers alike.

Let me be more than clear, there are endlessly more “non-believers” in America than “believers,” particularly among those who regularly attend religious services.

The twentieth century set the stage for what was to follow. What had been represented as the great clashes, between philosophies, clashes between political theories, clashes between nation states over the resources of the world are now laid bare, as the new century has brought new vision.

Capitalism, the financial religion of “the West,” was proven nothing but rehashed feudalism, with the barons and dukes replaced by petty dictators and the shadow world government of organized crime, described by many as “international finance.”

With few exceptions, every move toward human advancement and spiritual renewal was characterized as “radicalization.” A century of war builds a world of injustice, of filthy water, of poisoned food, of darkness and hopes for teeming billions dashed.

Whatever the people of the world accepted as their beliefs and hopes, nothing became so clear as the presence of an evil waiting to end a life, crush a dream, debase all innocence.

Moreover, the real voices of reason are invariably those of the “terrorist.” Speak the truth and you are on a “watch list.” Demand justice and you become the fodder of a “drone attack.”

Thus, I look at America, judging the world; this leader is a “war criminal,” that one an “extremist,” and another, “sympathetic to ‘Al Qaeda.’”

From the website HistoryCommons.org, the story of how and why the United States withdrew from participation in the International Criminal Court:

“May 6, 2002: US Withdraws from International Criminal Court Statute

In a letter to Secretary-General of the UN Kofi Annan, US Undersecretary of State for Arms Control John Bolton writes: “This is to inform you, in connection with the Rome Statute of the International Criminal Court adopted on July 17, 1998, that the United States does not intend to become a party to the treaty. Accordingly, the United States has no legal obligations arising from its signature on December 31, 2000.

Defense Secretary Donald Rumsfeld says, “The United States will regard as illegitimate any attempt by the court or state parties to the treaty to assert the ICC’s jurisdiction over American citizens.”

The ICC dates back to the 1969 Vienna Convention on the Law of Treaties, and serves as the world’s first and most influential war crimes tribunal.

Bolton’s letter serves to both withdraw the US from the Rome Statute, which established the ICC, and relieves the US of its obligations under the 1969 Vienna Convention on the Law of Treaties.

US Will Not be ‘Second-Guessed’ – The Bush administration defends its action, contending that the treaty infringes on US sovereignty because, under its provisions, an international prosecutor answerable to no one could initiate politically motivated or frivolous suits against US troops, military officers or officials.

“We do not want anything to do with it,” an administration spokesman has said. The ICC is “unaccountable to the American people,” and “has no obligation to respect the constitutional rights of our citizens,” Rumsfeld says. Secretary of State Colin Powell says the ICC undermines US judicial sovereignty and the US could not be held accountable to a higher authority that might try “to second-guess the United States after we have tried somebody… We are the leader in the world with respect to bringing people to justice…

This is the official legal position of the nation that seeks sanctions against Iran, that wants to limit the travel of those of other nations that it believes may be subject to a system of justice that, if one were to carefully read the text above, the government of the United States officially repudiates.

Does everyone see the insanity in this or is it just me?