Home Veterans Not The Wisest Phil Around 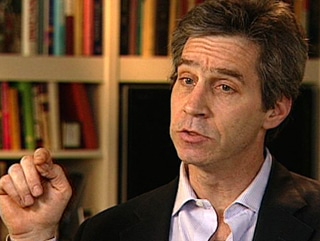 God bless Philip Weiss, the progressive Jewish blogger brave enough to admit in public those things other Jewish ethnic activists prefer to shove under the carpet. A year ago, Weiss was brave enough to confess to me that it is ‘Jewish self interests’ that stands at the core of his pro Palestinian activism.

Also, a few weeks ago, the same Weiss was honest enough to announce that his Jewish ‘progressive’ internet journal, Mondowiess, changed its comment policy and “will no longer serve as a forum to pillory Jewish culture and religion as the driving factors in Israeli and US policy.”

But this week, the very same Weiss published a new polemic on his website. He now thinks that “it’s time for the media to talk about Zionism.” So, now Weiss is happy to join with the rest of us in talking about Zionism – so long as we avoid discussing ‘Jewishness’.

Well, I’m afraid that Philip Weiss may have missed the train since, by now, many of us have already grasped that the time is ripe to talk about Jewishness and the role of ‘Jewish culture as the driving factor in Israeli and US policy.’

Weiss’ logic is no doubt fascinating. This Jewish ethnic activist does provide us with an insight into the level of deceit that is, unfortunately, inherent to Jewish left politics.

Weiss thinks Jews should ask themselves whether they really are ‘unsafe’ in America. Well, Weiss must know plenty about ‘safety’ since it was he himself who felt that it may be ‘risky’ to discuss Jewish culture and religion on his own Mondoweiss.

“Zionism,” he continues, “draws on a person’s worldview and has a religious character, it supplies meaning to his or her life.” Well again, Weiss should know because, like all Zionists, both overt and covert, he operates within a Jews-only political cell namely “Jews Voice for Peace’ (JVP). For some reason, just like his less enlightened brethren, this very ‘progressive’ activist prefers to surround himself with members of his own tribe.

Weiss well knows why the media avoids discussing Zionism, “it would involve a lot of squeamish self-interrogation on the part of Jews, ” and Weiss knows what this means. That’s why he, and his Jewish partner Adam Horowitz, banned Jeff Blankfort from commenting on their site – Blankfort was critically discussing Jewish related topics. Weiss couldn’t allow it.

Weiss is brave enough to admit that “the acknowledgment of Jewish prominence in the Establishment, and of the power of Zionism, would make a lot of Jews uncomfortable”, but he isn’t bold enough to admit that the problem is far worse, since Jewish anti-Zionists like himself and JVP are relentlessly seeking a similar hegemony within the Palestinian solidarity discourse and openly campaign against prominent activists who challenge Jewish power. Is it possible that what we are dealing here is a tribally-driven, power seeking tendency that is inherent to Jewish politics? The answer is a categorical yes, and I provide all the relevant information on this in my latest book The Wandering Who.

Weiss regards himself as an anti-Zionist while, as far as his language is concerned, he actually manifests every possible Zionist symptom. “Silence’ on issues to do with Zionist power is “bad for Jews,” says Weiss. Like any Hasbara parrot he repeats the old mantra of ‘good’ vs. ‘bad’ for the Jews. But then isn’t this just what you would expect from a Zionist?

It doesn’t take Weiss too long to drop his political bomb: the silence over Zionist power “allows people who are justifiably angry over our foreign policy to believe that all Jews support Israel.” Here, Weiss is absolutely correct. It is about time to deliver the message to the American people and the entire world – Not all Jews support Israel! In fact, at least two dozens American Jews including Weiss oppose Zionism because, as Weiss confesses, because “it is really bad for the Jews.”

In this embarrassing passage, Weiss, the so-called ‘anti’ Zionist, actually admits that considerations of Jewish safety would justify the colonization of Palestine. This non-ethical vision is also apparent in JVP latest ‘educational’ video. It is clearly consistent with the Zionist take on the primacy of Jewish suffering. Which is exactly what you would expect from a Jew who operates politically within Jewish racially-segregated cells. There is only one possible conclusion – Jewish anti Zionism is a myth. Jewish opposition to Zionism is just another form of Zionism-lite that, just like it’s rightwing counterpart, locates Jewish self-interest firmly at its core.

Weiss is a pretty clumsy spin-doctor. He argues that the current militant and totalitarian aspects of Israeli society flow from a ‘Zionist belief system’. Here, Weiss misleads his readers and I think he does this consciously. Israel defines itself as the Jewish State and as the true embodiment of Jewish culture. Its barbarism is the direct outcome of its interpretation of Jewish texts and spirit. If anything, Zionism was born to ‘civilize’ the Diaspora Jew who, certain 19th century emancipated secular Jews found so repellent. So it is not Zionism that makes Israel barbarous, it is the way Israelis interpret their cultural, spiritual and textual heritage. Of course, Weiss is welcome to suggest that there is another possible interpretation to Jewish heritage, but he should be precise and point to those Jewish texts that preach universal ethics and world peace.

Weiss reckons that once we should be brave enough to deal with Zionism, “liberal Zionists will be pressed to decide what they believe in more, liberalism or Zionism.” But still I’m l puzzled. If Weiss is so open and tolerant, surely he would allow discussion on his own website concerning the Jewish character of the Jewish State. He would invite a discussion concerning the Jewishness of the Jewish Lobby. I believe that Philip Weiss is operating unwillingly and unwittingly as a Zionist fig leaf. He invests all is intellectual energy diverting attention from the root cause of the problem – namely Jewish culture and Jewish identity politics. And why? Probably because of his own unease with is own Anti Zionist Zionist (AZZ) behaviour.

The Wandering Who? A Study Of Jewish Identity Politics and  progressive spin …
Amazon.com  or Amazon.co.uk