Home Veterans Will Palestinians Ever ‘Seize Their Destiny’ 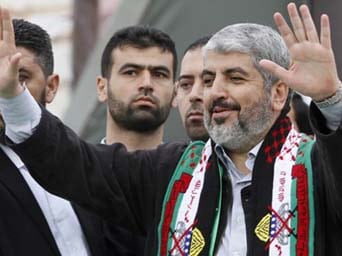 … and stop running head-on into a brick wall?

Some commentators have been saying that Israel’s latest land-grab has effectively killed off the two-state solution (if such a thing was ever truly feasible). And this has led to questions like, what should the Palestinians do next?

Palestinians must have been asking themselves the same thing for the last 64 years. They themselves are well acquainted with their rights and the crimes committed against them. They know what they must defend to the last. They also know – and if they don’t they must figure it out quickly – what to do next in order to secure those rights.

More than 4 years ago I came across a report entitled ‘Regaining the Initiative – Palestinian Strategic Options to End Israeli Occupation’ by the Palestine Strategy Group, which shows that at least some of them had answer. http://www.palestinestrategygroup.ps/Regaining_the_Initiative_FINAL_17082008_%28English%29.pdf

The document “reflects an alternative to an official but impotent Palestinian discourse that will very shortly, in the judgment of most Palestinians, run head-on into a brick wall.” That was the view expressed by Sam Behour, a Palestinian entrepreneur and one of 45 politicians, academics, business people and others who participated in the study.

They set out a number of tasks for the Palestinians if they were to bring the sterile ‘peace’ negotiations of that time to an end and re-focus efforts towards achieving the Palestinian dream. The study was funded by the EU but never given much publicity. I wonder how many EU ministers read it and how many activists, sympathisers and supporters around the world even knew of its existence?

The report’s main message urged Palestinians “to seize their destiny in their own hands” by refusing to enter into peace negotiations unless the international community first dealt with issues relating to national self-determination, liberation from occupation, individual and collective rights, and enforced international law. Only when these priorities were recognised and actioned could peacemaking and state-building rise to the top of the agenda.

It was important that, from now on, they made sure it was the Palestinian discourse that framed international discussion of the Palestinian future. They needed to emphasise that it was not Palestinians who lacked commitment to a negotiated outcome, but Israel. Palestinians had persisted for twenty years (up to that point) with their historic offer of 1988. The Israelis refused to honour it so their squeals of protest were simply not valid.

The report also spelled out the need for national unity: “Palestinian strategic action is impossible if the Palestinian nation is unable to speak with one voice or to act with one will.” Of course, the relentless pressures of occupation and out-and-out bribery by troublemakers like the US were designed to cause internal strife, but so what?

Reading this report by the Palestine Strategy Group (or the Oxford Research Group – it isn’t clear who was ultimately responsible) is hard going. They would have done better to turn it into a much more user-friendly publication. It said “the essence of the Palestinian problem is not recognised”, but one had to wade through 52 pages, 16,500 words and even 5 pages of summary to get to the point. Churchill’s advice immediately sprang to mind: “When you have an important point to make, don’t try to be subtle or clever. Use a pile-driver. Hit the point once. Then come back and hit it again. Then hit it a third time – a tremendous whack.”

This is where the Palestine Strategy Group seems to have fallen down. Their view has been ignored because it was never put across effectively. However, it makes good sense. The PLO must indeed “seize their destiny”, sign up to the Rome Statute and join the International Criminal Court and the International Court of Justice. As I suggested in an earlier article, when they won the UN vote upgrading their status they should have had all the paperwork ready and wasted no time laying charges against Israel for its illegal occupation, blockade, war crimes and crimes against humanity.

When they eventually get around to it, that will put the international community in a tight spot and rightly so. It has shirked its duty for much too long. A lasting peace requires justice, and that means an end to the illegal occupation and full respect for the Palestinians’ right to self-determination. These things are not negotiable. They are not matters to be haggled over like the purchase of a used car – they are international obligations already determined by UN resolutions and international law. And they are waiting to be enforced. For their part the Palestinians are perfectly entitled to engage the agencies responsible for the rule of law and resist being bullied again into bogus ‘peace talks’.

But just because Abbas at the UN finally did something bold and positive doesn’t mean his sins of appeasement and collaboration with the enemy over the years are cancelled out. He strikes few people as the leader Palestinians deserve. I’d also like to see the PLO immediately send Hanan Ashrawi on a speaking tour of the West. She is the most articulate spokesperson the Palestinians have, and her knowledge and experience should not be wasted at this critical moment.

Hamas too are a disappointment. They could and should have re-drafted their Charter in diplomatic language more fitting to a civilised party of government. While they are every bit as entitled to self-defence as the Israelis, the firing of unguided rockets is not a truly defensive act and if they continue armed resistance I suspect supporters would like to see them concentrate more on anti-aircraft, anti-tank, anti-warship and anti-troop weaponry.

Hamas chief Khaled Meshaal, addressing the crowds in Gaza on the 25th anniversary rally, repeated the usual refrain (which is a good one): “Palestine is ours from the river to the sea and from the north to the south. It is our land and our right, it is our nation, no concession on an inch or part of it… Resistance is the means not the end … for 64 years we have tried all other options but to no avail… We do not fight Jews because they are Jews, but we fight Zionists because they are occupiers and abusers.”

As for unity, that might come with positive action.

However, the hard truth is that Palestinians of both factions (Hamas and Fateh), no matter how unified, will never succeed in re-framing the international discussion and “seizing their destiny” unless they undergo a crash course in media skills. The collaborators among them no doubt will be under instructions from their puppet-masters not to. But there’s no excuse for the rest. It is something they have to do if they are to stand any chance of winning.