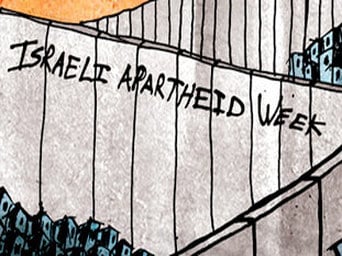 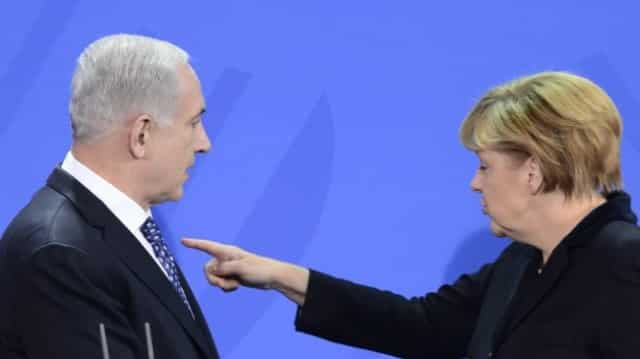 The ripple effects of the historic UN vote to begin the restoration of Palestinian statehood continues to swirl around the world. How much of it is acting and how much sincere remains to be seen.

But we must all applaud the effort and get ready to defend those that will be attacked by their respective Israeli Lobbies when they feel it is safe to strike back.

Not all of us will go over to the offense at the same time. Not all will understand fully why the political earth is moving under their feet, but they can feel it for sure.

I am a good example. I have been really focusing on how best to follow up the UN vote with some serious sanctions movement. But the light just came for me today, that the sanctions started as the UN votes were being called off.

The classic military tactic for taking a bridge is to attack both ends at once, a la the Nimegen Bridge in the great movie, The Bridge Too Far. The Likudist bridge will need a sanctions attack from the outside and Israelis on the inside taking the other end.

Israeli security can only come from the regime change for which Gush Shalom’s Uri Avnery has struggled for forty years now. We have to work together to accomplish this with minimum destruction and bloodshed.

Israeli WMD and the budget follies

The quickly passed UN resolution calling for Israel to open up it’s nuclear facilities for inspection was rejected as expected by Israel.

Netanyahu’s settlement expansion announcement, although probably a nelection pandering bluff to the settler and extremist core of the Likud party, was what we call in America an ‘air deal’. It has no funding, and none on the horizon. Donations anyone?

We must not forget that we are having new Israeli elections soon because their former government could not pass a budget.They have no money for major construction projects, and I don’t think Obama is entertaining a request.

The EU heads adjourned recently, also failing to approve a new budget. The problem seemed to be the Santa Claus factor. Countries wanted funding for stimulation projects, but also to have others pay for them.

And back here in the U.S. the media is on a big ‘fiscal cliff’ scare with both political sides maneuvering to blame the other for next year’s economy problems. Taking responsibility for nothing is now the most popular Congressional sport.

For extra public diversion insurance the Mayan calender end of the world prediction has gotten widespread news coverage from corporate media. It’s a journalistic embarrassment when there are so many important problems that were cheated out of that public air time.

The good news was that even the threat of Bibi’s settlement building triggered an international backlash. One country after another brought in the Israeli ambassadors to put their disapproval on record. The Likuds of course, who are pretty much shoe ins for winning the elections, have told them to go fly a kite. The militant Israelis are burning up trump cards faster than they are making them.

The comments on my sanctions articles definitely struck a chord. People saw the irony of the most sanction deserving country in the world having appointed itself as the head sanctioneer. They saw the gross hypocrisy in Israel having put Iran in the cross hairs for WMD programs that it does not have, while Israel’s own remained off the table for discussion.

This is now being understood as nothing more than a way to keep the outside money (US and Diaspora) flowing in to fund the occupation and keep the regular Israelis controlled by the fear that all the Arabs and Muslims have to be dominated or it is all over for the Zios.The U.S. shares the blame for this.

We had a shot across the bow with the UN resolution vote that the ‘no talkie’ days may be over. People understand in all the countries that their political establishment must be openly challenged for their remaining silent on such a critical issue.

Losing fear of the bully

What I see that gives me more cause  for hope, something I have been monitoring very carefully for years now is a definite and widespread decrease of the fear which empowered the various Israeli Lobbies.

t was this fear that pressured our respective political structures to serve Israeli interests in return for re-election support and political power, something they have a long history of delivering on.

The crash and burn of the Romney campaign, despite the best efforts of the the hard core Jewish Lobby folks trying to bring Obama to heel, did not work.

The purge of our military of ‘questionable’ officers continues, with only the tip of the iceberg of it seen publicly.

If the real story ever comes out, it will be an unpleasant one. Treason is never a popular topic. When it is widespread it condemns the whole system that allowed it. The term Obama used in his directive was to ‘mitigate the insider threats’. This was code for no public trials.

There may also be some big surprises in store when the first official Benghazi attack report is made public, about who really was involved in that. And by that I don’t mean their proxies on the ground, but those pulling their strings.

No one will buy the tent dwelling Al Qaeda deadenders in Yemen. That is just swill put out there for the public to consume.

Sanctions are having unintended consequences

There is some good news on the Senate new sanctions bill. Obama is not waiting for the expected watering down when the House and Senate combine their two bills. He is acting now. The previous exemptions for twenty of Iran’s major oil buyers have all been renewed ,with their previous reductions.

Although the sanctions have hurt Iran’s currency value, the government has continued to expand replacement of the lost oil exports with gas and electricity to ‘sanction proof’ neighboring countries. And Iran may soon be in the drone exporting business with their newly acquired technology, compliments of it’s being over used and exposed by someone not paying attention to the first one being lost.

Turkey quickly stated that it would continue its Iranian gas purchases as there were in their national interests, and they know that no action will be taken against them for it. If they want to pay with gold, they will do so, no matter what a bunch of Israeli senators in America say.

The West is losing the public relations battle over the suffering of the Iranian people. Germany’s Merkel was very public in her announcement for her government to remove medicine export problems that have been tangled up in the banking sanctions.

Secretary Clinton’s statements have been just been crude, with shades of Madeleine Albright’s horrific comments on the 500,000 Iraqi children having died from sanctions…for their parents to take their complaints to Saddam.

As citizens in the West are all suffering from the poor government judgements, excesses and financial corruption for which they are being given the bill, there is growing awareness that the Iran threat is just a scam.

They are beginning to see the Iranian people being made to suffer as an excuse to justify western military expansion into the region. I sense an opening here for Westerners to see themselves joined at the hip with the Iranians in that those in the West are just being ‘sanctioned’ in a different way. They can’t afford the medical care they need either.

I would recommend that Iran begin hosting exchange groups with comparable citizens groups from these various countries to share their common exploitation by the criminal cabals behind all the war threat hype. It is a common bond that links all of the rank and file citizens everywhere, being used and abused by their elites.

Gordon Duff just had a great article here on PressTV about how billions and billions of futures trading profits are being made by political insiders who use increasing tensions and the decreasing them to move the markets and make their bets pay off.

So yes, the sanctions on Israel have begun, starting with the Palestinian UN vote. Fear of the Israeli Lobby is now going to be withheld. Holocaust manipulation is no longer going to be swallowed.

People are going to refuse to be second class citizens in their own countries while they watch the Israeli lobbyists wine and dine our government officials, and worst of all, even draft legislation to be passed into laws, which we must follow, but not them.