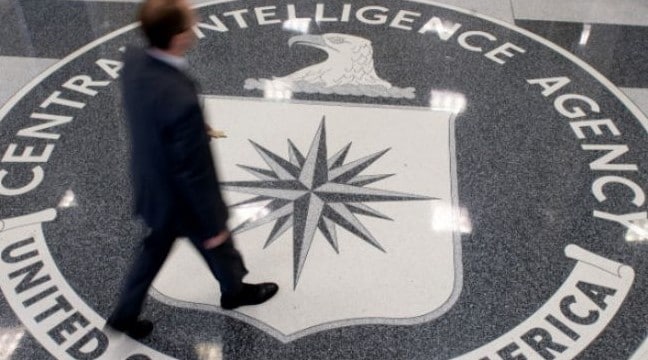 Thursday, the European Court of Human Rights in Salzburg found the CIA fully complicit in the kidnapping and torture of Khaled el-Masri, a German citizen now proven to have never had any ties whatsoever with a terror organization.

The CIA and Macedonian government were found guilty of kidnapping, torturing and sodomizing an innocent German citizen based purely on his ethnicity alone.

This is the first time a court of international standing in a fully open and highly authoritative forum, one binding on NATO member states, has made such a damning determination as part of an official finding.

The ruling was unanimous.

The court found that the CIA had “purchased” Masri from corrupt Macedonian officials who had been “tasked” with rounding up Muslims who “had the terrorist look about them.”

Court documents specify CIA actions as torture, kidnapping and unlawful imprisonment, a finding of monumental importance, one that now places all CIA activities under a microscope and clearly establishes the CIA as a criminal organization.

Masri, a German citizen, was, according to court findings, kidnapped by Macedonian officials in December 2003 at Skopje Airport, taken to a hotel, and held for 23 days.

His requests to contact the German embassy were refused and he was subjected to repeated mock executions.

The CIA then sent Masri to Afghanistan where he was held in a secret interrogation center outside Kabul.  There he was imprisoned underground, held for four months, repeatedly sodomized, starved, beaten and threatened with summary execution.

After four months of torture, all confirmed in court findings, the US ordered Masri’s release, claiming “mistaken identity” and flew him back to Germany, where he was delivered to airport officials, hooded and chained from head to foot.

German officials, however, did not attempt to verify Masri’s claim nor did they lodge any protest with the United States over the illegal kidnapping and abuse of one of their citizens.

German judges, though unanimous in their findings of CIA and Macedonian guilt failed to acknowledge their own nation’s passive complicity in failing to afford sovereign protections to their own citizens.
That blame fell to Macedonia.

It was 2004, the height of the Global War on Terror.  The CIA “rendition program” worked with criminal gangs, corrupt officials and drug cartels, building a worldwide “gulag archipelago,” resembling the old Soviet prison camp system as describe by Solzenhitzen.

For the past three years, the United States Senate has been investigating CIA torture.  A 6000 page report outlining literally thousands of cases of, not just torture but deaths and “disappearances” is ready likely to be released as it limits its scope to crimes committed under the Bush administration and the report is controlled by members of the Democratic Party.

The report will indicate that no substantive intelligence was gathered through CIA rendition and that stories of “lives saved” are purely fictional and that, in fact, poor or totally misleading intelligence may well have cost hundreds of American lives.

Republicans are expected to make every effort to suppress the findings that clearly demonstrate not only that their backing of “enhanced interrogation” was always criminal in nature but that the abuses of human rights were also a massive intelligence failure.

The CIA operates secret prisons around the world, no one knows where they are, who is imprisoned, only that those held are invariably found to have been seized based on “mistaken identity” and those who survive to be released, then report brutal torture.

According to the court, Masri’s claims are “established beyond any reasonable doubt” and that Macedonian authorities are deemed “responsible for his torture and ill-treatment both in the country itself and after his transfer to the US authorities in the context of an extra-judicial ‘rendition”.

From the court record:

“Masri’s treatment at Skopje airport at the hands of the CIA rendition team – being severely beaten, sodomised, shackled and hooded, and subjected to total sensory deprivation – had been carried out in the presence of state officials of [Macedonia] and within its jurisdiction.”

“Its government was consequently responsible for those acts performed by foreign officials. It had failed to submit any arguments explaining or justifying the degree of force used or the necessity of the invasive and potentially debasing measures. Those measures had been used with premeditation, the aim being to cause Mr. Masri severe pain or suffering in order to obtain information. In the court’s view, such treatment had amounted to torture, in violation of Article 3 [of the European human rights convention].”

In a report in the Guardian, James Goldston, Executive Director of the Open Justice Society Initiative is quoted:

“The grand chamber of the European court of human rights unanimously found that Mr. el-Masri was subjected to forced disappearance, unlawful detention, extraordinary rendition outside any judicial process, and inhuman and degrading treatment.”

Goldston, commenting on the court’s ruling described it as:

“an authoritative condemnation of some of the most objectionable tactics employed in the post-9/11 war on terror.”

ACLU (American Civil Liberties Spokesman) Jamil Dakwar told the Guardian that the ruling was “a huge victory for justice and the rule of law.”

Ben Emmerson, described the ruling as “a key milestone in the long struggle to secure accountability of public officials implicated in human rights violations committed by the Bush administration CIA in its policy of secret detention, rendition and torture”.

BRINGING THE US TO JUSTICE

In 2002, the US abandoned the International Criminal Court at The Hague listing as their primary reason that no American should be subjected to “international justice.”

America made it very clear, as UN Ambassador Bolton’s position, that the US was “above the law” and operating with full and unaccountable authority, was very much the driving force behind this court finding and others we can only hope will be brought before tribunals in the future.

Within the last two weeks, the government of Afghanistan has officially demanded that the United States relinquish custody of all prisoners held within their borders and has rescinded any powers of arrest and detention by any American agency or military organization operating inside Afghanistan.

Afghanistan, as of now, is a war of occupation and no longer has a veil of “military assistance” as legal pretext.

The United Nations has begun investigating “black sites” such as the one Masri was held at.  From Wikipedia:

“There is little or no stated legal authority for the operation of black sites by the United States or the other countries believed to be involved. In fact, the specifics of the network of black sites remains controversial. The United Nations has begun to intervene in this aspect of black sites.

“An estimated 50 prisons have been used to hold detainees in 28 countries, in addition to at least 25 more prisons in Afghanistan and 20 in Iraq. It is estimated that the U.S. has also used 17 ships as floating prisons since 2001, bringing the total estimated number of prisons operated by the U.S. and/or its allies to house alleged terrorist suspects since 2001 to more than 100.

Were Solzenhitzen alive today, what would his reaction be?  How has America met and even exceeded the worst depredations of what President Reagan so often described as the “axis of evil.”

What is brought to mind is a line from the American comic strip, Pogo:

“We have met the enemy and they is us…”