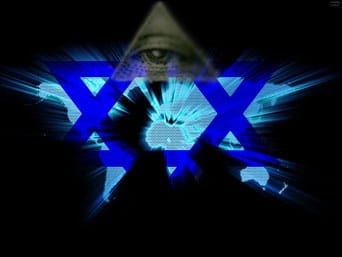 By all accounts President Obama wants to nominate Chuck Hagel, the former two-term Republican senator from Nebraska to replace Leon Panetta at the Pentagon as Secretary of Defense, but a coalition led by the Zionist lobby is mounting a smear campaign against Hagel.

Why? It hopes to persuade Obama that he would be foolish to nominate Hagel because he is unlikely to be confirmed by a Senate in which many members are content to do Zionism’s bidding in order to protect their own backs.

I’ll get to what it is about Hagel’s record that troubles and even frightens the Zionist lobby in a moment, but first can we, please, get the terminology right. Almost everybody who speaks and writes about the Israel-Palestine conflict does not get it right. And that creates an obstacle to understanding.

The monster that controls Congress and ties any president’s hands on policy for dealing with Israel-Palestine is not the “Jewish lobby” and not the “Israel lobby.”

It is wrong to describe it as the Jewish lobby for two reasons.

One is that such a description implies that it represents and speaks for all Jews. It most certainly does not.

The other is that it’s not only Jews who make up the lobby. Another key element of it is composed of the “Bring on Armageddon” Christian fundamentalists.

It is wrong to describe it as the Israel lobby because such a description implies that it represents and speaks for all of Israel’s Jews and the nearly one quarter of its citizens who are Arabs. It most certainly does not.

The most accurate long description of the Zionist lobby would be that it is composed of those of all faiths and none who give and demand unconditional support for the Zionist (not Jewish) state of Israel right or wrong. In my view the most practical short form of that is Zionist lobby. (Some call it the “Likud lobby”. That was a case for doing so in the past, but today there are emerging fascist forces in Israel even further to the right than Likud, and the Zionist lobby speaks for them, too).

Even the term “pro-Israel” is an obstacle to understanding. When it is used without qualification, as it almost always is, it can mean either pro an Israel inside its borders as they were on the eve of the 1967 war, or pro an Israel in occupation of the West Bank (in defiance of international law) and laying siege to the Gaza Strip. Politicians who declare themselves to be “pro-Israel” should be asked which Israel they are pro.

So what is it about Hagel’s views that put him today at the temporary top of the Zionist lobby’s verbal hit-list?

First and foremost is his often stated view that the duty of the President and Congress is to put America’s own best interests first and not allow them to become subservient to Israel’s interests. He is firmly on the record with the statement, “I am an American senator, not an Israeli senator.”

In 2007 he informed the Arab American Institute that he had dropped his bid for the presidency because a pro-Israel donor had told him that if he wanted funding his support for Israel should be “automatic”.

A year later in a book by Aaron David Miller he was correctly quoted as saying “The Jewish lobby intimidates a lot of people.” That enraged and still enrages the Zionist lobby and all who do its bidding, including Arizona senator John McCain who, thank goodness, didn’t make it to the White House when he ran against Obama.

McCain wasn’t challenging Hagel’s imprecise terminology. He was asserting that there is no lobby organized by some Jewish Americans who give and demand unconditional support for all of Greater Israel’s policies and actions.

If Hagel is nominated for the post of Secretary of Defense, I think he would be well advised to respond to McCain’s challenge during his confirmation hearing. And I would have him do it with something like these words:

I also have a question for those including some here today who are seeking to demonize me. What is so objectionable about my stated view that the duty of the President and Congress is to put America’s own best interests first and not allow them to become subservient to Israel’s interests?

Hagel’s other past sins include his call for the U.S. to engage with Hamas and his stated view that there is no military solution to Iran’s nuclear problem. (I can almost hear America’s military chiefs saying behind closed doors, “That’s the man we want and need as our political master.”)

In its efforts to demonize Hagel the Zionist lobby and its associates are not having things all their own away.

Richard Armitage, a former deputy secretary of state in the Republican administration of George “Dubya” Bush, said he didn’t think the attacks on Hagel were fair. He went on:  “I’ve known him quite closely for the last 15 years and I’ve never heard him utter any anti-Semitic statement. If he used the term ‘Jewish lobby,’ that’s a poor choice of words and I’m sure he’ll speak for himself on that… I happen to know the guy. He’s not owned by anybody, he happens to think for himself, and this apparently causes some fear in some cases. He’s got an unerring bullshit sensor, he’s got real stones (I presume that means balls in English-English) and he doesn’t mind telling you what his opinion is, which will stand him in very good stead in the Pentagon if the president nominates him.”

Another who has come to Hagel’s defense is Brent Scowcroft, the former air force general and Republican national security adviser. He said: “Senator Hagel is one of the most well-respected and thoughtful voices on both foreign and domestic policy. At an uncertain time in America – with a significant debt burden, a polarized Congress, and a host of challenges facing the international community, I am confident Senator Hagel will provide a vibrant, no-nonsense voice of logic and leadership to the United States.”

Obama’s decision, expected very soon, about whether or not to nominate Hagel will give us the first significant indication since his re-election of whether or not he is going to continue to dance to Zionism’s tune or, as Hagel might put it, continue to be intimidated by its lobby.