Ventura takes on what we have all suspected for so many years, the government’s use of advanced technologies, and very real mind control.

Ventura is hitting closer and closer to what we can either call “the danger zone” or “the third rail.”  In this episode, Ventura is dealing with technologies that we have seen, technologies that we have discovered in the course of surveillance operations using advanced hyperspectral ultra-broadband receivers, visual spectrum, combined with signals intelligence monitors that scan for frequency skipping “burst” related transmitters. 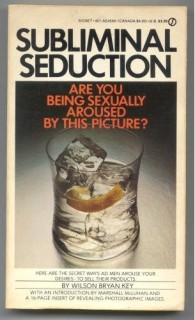 What we found is confirmed in Ventura’s Conspiracy Theory episode.

Where he has gone where we have not is in dealing with the concept of who is a “targeted individual” and why.

Thousands of Americans believe they are targeted by mind control technologies.  At one time, we thought of all of them as “tin foil hat” conspiracy theorists.  This was until we were able to break through the encoding within some mobile communications devices, signals we will refer to as “sub-carriers” for lack of a better term.

Years ago, the idea of subliminal messaging, advertising hidden within magazine photos, flashed on TV screens imperceptibly or audio messages that were designed to “reinforce” product choice decisions, was banned.

The book, Subliminal Seduction, a product of research by Wilson Brian Key, back in the 1960s, was the breakthrough.

The book and all concepts tied to it were squashed, systematically “debunked” while the US government went full speed ahead in research too, not only gain control of individuals and groups but to implant feelings as well.

Current technology can actually implant false memory, memories of crimes, acts of terror, and treason, which can be done with total reliability and is and has been done and discovered being done.

Ventura doesn’t always hit a home run every time.  He got the 9/11 attack on the Pentagon “dead on” back in 2009 and has broken more than a few stories that have put him next to the biggest secrets of our age.

Here, Ventura finds Harlan Gerard, a “Bush family enemy” who we have every reason to believe has been targeted.  From an article on Gerard and “targeted individuals” printed in the Washington Post:

The members of this confessional “club” are not your usual victims. This isn’t a group for alcoholics, drug addicts or survivors of childhood abuse; the people connecting on the call are self-described victims of mind control — people who believe they have been targeted by a secret government program that tracks them around the clock, using technology to probe and control their minds.

The callers frequently refer to themselves as TIs, which is short for Targeted Individuals, and talk about V2K — the official military abbreviation stands for “voice to skull” and denotes weapons that beam voices or sounds into the head. In their esoteric lexicon, “gang stalking” refers to the belief that they are being followed and harassed: by neighbors, strangers, or colleagues who are agents of the government.

Until recently, people who believe the government is beaming voices into their heads would have added social isolation to their catalog of woes. But now, many have discovered hundreds, possibly thousands, of others just like them all over the world. Web sites dedicated to electronic harassment and gang stalking have popped up in India, China, Japan, South Korea, the United Kingdom, Russia and elsewhere. Victims have begun to host support meetings in major cities, including Washington. Favorite topics at the meetings include lessons on how to build shields (the proverbial tinfoil hats), media and PR training, and possible legal strategies for outlawing mind control.

The biggest hurdle for TIs is getting people to take their concerns seriously. A proposal made in 2001 by Rep. Dennis Kucinich (D-Ohio) to ban “psychotronic weapons” (another common term for mind-control technology) was hailed by TIs as a great step forward. But the bill was widely derided by bloggers and columnists and quickly dropped.

Doug Gordon, Kucinich’s spokesman, would not discuss mind control other than to say the proposal was part of broader legislation outlawing weapons in space. The bill was later reintroduced, minus the mind control. “It was not the concentration of the legislation, which is why it was tightened up and redrafted,” was all Gordon would say.

Moreover, I can name several individuals within the diplomatic and intelligence community who have tried to prevent illegal black operations or to interfere with false-flag terror attacks and have become victims of efforts to discredit them.

Some of those efforts have involved electronic attacks.

Some have involved poisoning or “drugging.”

More serious is what we have also recognized.  Technology is being used to program terrorists and assassins, in fact most of those we are reading about.

There are two groups that are programmed, the killers and the patsies.

The MK Ultra “mind control program that the Church Committee had brought an end “officially,” decades ago, is now going full speed ahead.

Though assassins are targets, the most common targeted individuals are those who speak up about government corruption, and who write letters to officials, newspapers, or even bloggers.

All the things we saw for so many years, the implants we saw so many years on X Files, are not just real but are not a bit uncommon.

The concerns go well past simply a few thousand targeted “trouble makers” that the government wants to destroy.

It goes much further.

Over the past two decades, while under “mind control,” the average IQ of an American citizen has gone down by 17%, equally for every race, sex and ethnicity.

Tens of millions have been turned into some of those who will watch the video, read these words and feel and think nothing.